The Chicago-Sun Times teamed up with Ogilvy & Mather Chicago 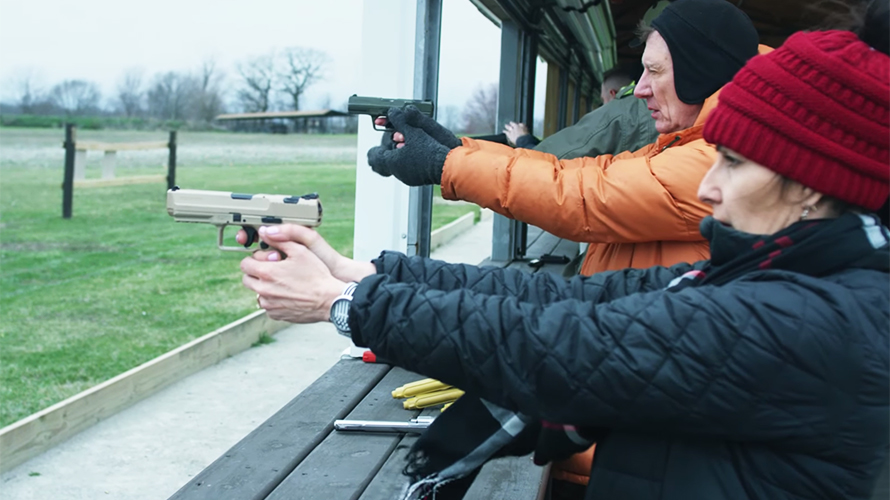 "Keep guns out of the classroom," the spot concludes, instructing viewers to visit the campaign landing page to "learn how to fight gun violence."
Chicago Sun-Times
Share
By Erik Oster
|
April 30, 2018
Share

In response to the February 14 shooting at Marjory Stoneman Douglas High School, President Trump proposed the controversial solution of training and arming teachers with concealed firearms. In a new campaign, the Chicago Sun-Times and Ogilvy & Mather Chicago took a group of teachers to a firing range to see what would happen if Trump’s proposition came to fruition.

The group was mostly comprised of teachers skeptical about arming educators, some of whom had never fired a weapon before—but it also includes a third-grade teacher and combat veteran named Erin.

“I do not think that guns have a place in the classroom,” Erin said after the teachers shot a round at targets (with limited success).

A March Gallup poll found that 73 percent of teachers surveyed opposed the idea of teachers and other school faculty carrying guns in school, while 58 percent said it would “make schools less safe.” In the campaign, the gun range instructor agreed. “When you’re shooting at a target and you miss, it’s not a big deal. If you’re shooting at a threat and … surrounded by other non-threats, by innocent children,” he said, shaking his head.

“Keep guns out of the classroom,” the spot concludes, instructing viewers to visit the campaign landing page to “learn how to fight gun violence.”

The spot may be unlikely to sway opinions of the 44 percent of Americans and 68 percent of Republicans who, according to a February CBS News poll, favor allowing “more teachers and school officials to carry guns.” However, in promoting Chicago Sun-Times “31 Bullets” initiative to the 50 percent of Americans and 74 percent of Democrats opposed to such a measure, the effort aims to empower them to take concrete steps against gun violence.

The “31 Bullets” initiative launched with an editorial in the paper this morning. It aims to communicate 31 different ways to combat gun violence, calling on readers for input on how to achieve that goal. The figure itself derives its significance from the insight that “each year in the United States, by some estimates, ammunition manufacturers produce some 10 billion bullets”—approximately 31 bullets for each person in America.

“Bullet 1” targets the proposal to arm more teachers in the classroom, calling on visitors to sign a petition by Sandy Hook Promise. Parents of victims of the Sandy Hook Elementary School shooting founded the gun violence prevention nonprofit organization, which has worked with BBDO on PSA efforts such as “Evan” and “Tomorrow’s News,” entitled “Tell President Trump and Congress: Keep Guns Out of Schools.”