California Milk Processor Board to Retire Long-Time AOR and Creator of ‘Got Milk?’

Goodby Silverstein & Partners will be replaced by Gallegos United in February 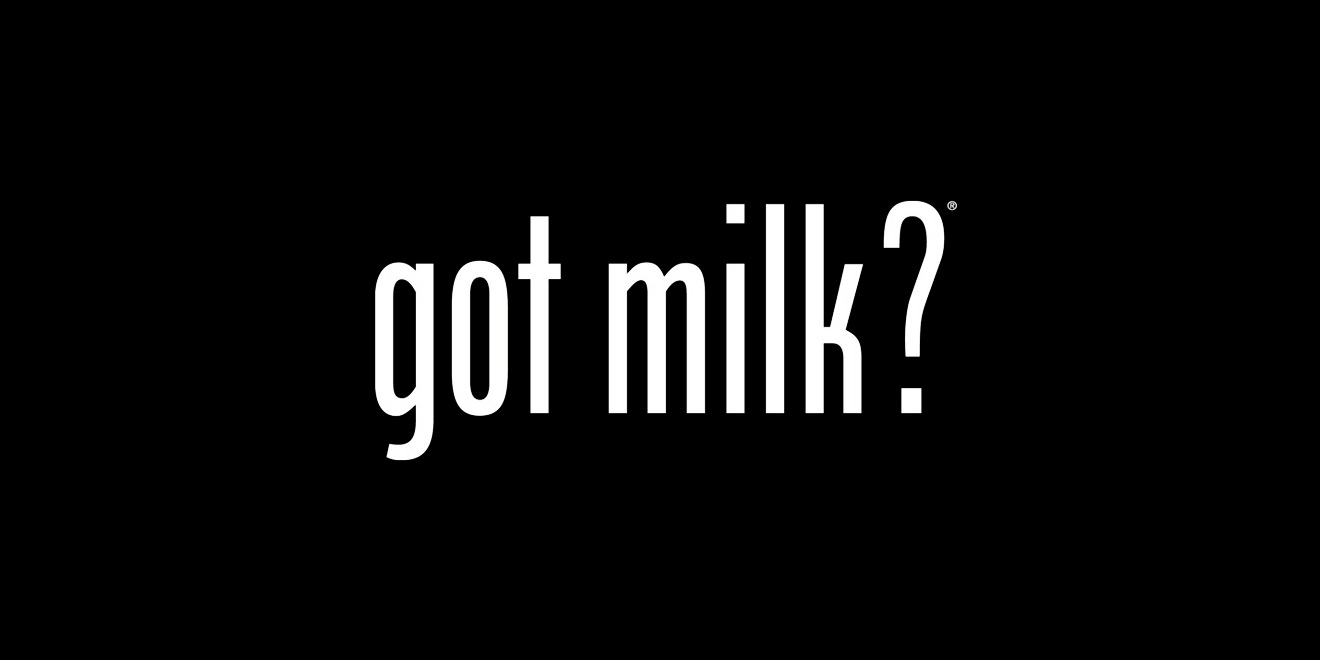 Got milk? Maybe. Maybe not.

The California Milk Processor Board (CMPB) announced that, by February 2018, it will retire its longtime agency of record Goodby Silverstein & Partners, the creator of one of the most famous campaigns in modern advertising: “Got Milk?”

But that doesn’t necessarily mean the iconic tagline will go away.

Beginning in February, the CMPB will consolidate all of its advertising under one umbrella–creative and strategy agency Gallegos United, which has been handling its Hispanic marketing efforts as an incumbent agency for 12 years.

John Gallegos, the CEO of the agency’s creative arm, Gallegos Collective, told Adweek that he has “every intention” of keeping the “Got Milk?” slogan “alive” in some way or another, but did not explain in detail how.

“We’ve been very much a part of the ‘Got Milk?’ campaign over the past 12 years,” Gallegos said. “But at the core of what we have always offered is creativity attuned to growth.”

According to a person familiar with the situation, the CMPB’s decision to give all its business to Gallegos was tied to declining milk sales and was not the result of any formal review.

While “Got Milk?” may live on, Feb. 1 will still likely be a somber day for Omnicom shop Goodby, which was first named the CMPB’s AOR 25 years ago, the same year the commodity board–part of the California Department of Food and Agriculture–was founded. One year later in 1994, “Got Milk?” was born.

“We are happy to have been with ‘Got Milk?’ since day one,” Jeff Goodby, the agency’s co-founder and co-chairman, said in a statement. “It is certainly some of the best work this agency’s ever done and I could not be prouder of the people who have worked on this campaign for 25 years—many of whom have gone on to be the leaders of our industry … The challenges facing milk are different now and we wish them all luck and success.”

Stephen James, executive director at the CMPB, noted that “it’s never easy” ending a partnership, “especially one that spans 25 years.” He said he’s “proud” of the work Goodby has produced. Still, Gallegos’ work has garnered some top awards including an Effie and Cannes Lions. The agency will now be responsible for targeting all consumer segments for the CMPB.

“A complex market like California, where you have to take into account everything from demographics and technology to the media landscape and consumer lifestyle, poses a unified approach to reaching all audiences, and the best agency to provide that was Gallegos United,” James added.

A Kantar Media report shows that the CMPB spent $4.7 million on advertising in 2016 and approximately $466,600 from January to June of this year.

Take a look back at some of Goodby’s most-memorable work for “Got milk?”:

Here is a brief list of creatives who worked on “Got milk?” at Goodby over the years.