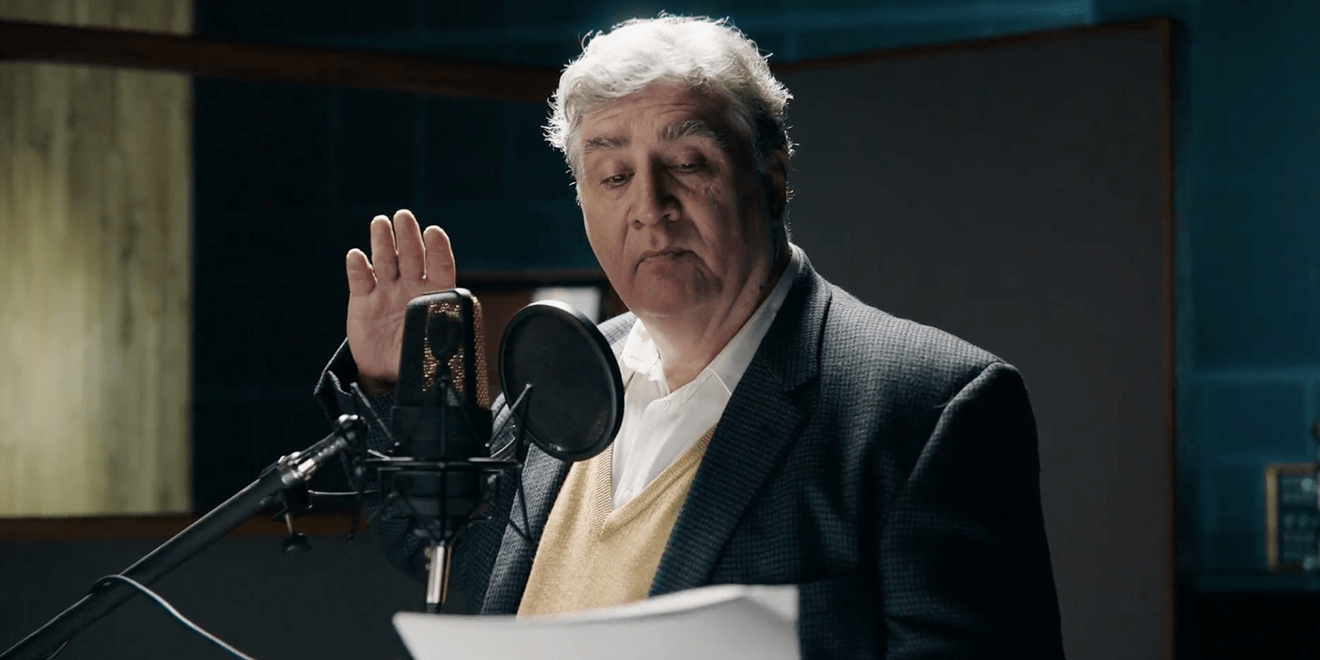 The release of Playground Games’ Forza Horizon 4 for the Xbox is just around the corner, and with a brand new location and pin-sharp graphics, it promises to be an epic, visually stunning adventure. Still, marketing can either make or break a game’s success and if you wish to properly convey all of the beautiful, sprawling scenery and gripping action, you’ll want to call upon the best.

In the new, absolutely hilarious “4 Changes Everything” from 215 McCann, LaMarche—whose never-ending credits include Pinky and the Brain, Futurama, The Simpsons, and G.I. Joe—plays a David Attenborough-esque presenter tapped to provide the voiceover for the game’s advertising.

He enters the sound booth with the understandable confidence of a man whose career spans actual decades, declaring that he’ll nail the performance “in one take.”

At first, LaMarche narrates scenes reminiscent of a Planet Earth documentary, but 20 seconds in, the picturesque British country scene before him is interrupted by a screeching, speeding race car barrelling through a field of daffodils. The total atmospheric shift takes the aficionado by surprise as he fails to highlight the action to briefly mourn the “magnificent blossoms” that were unceremoniously mowed down. The remaining minute and 25 seconds showcase the evident disparity between the stately actor and the wild, action-driven game he is tasked with selling.

The ad excellently balances impressive gameplay graphics with the comedic back and forth between LaMarche and actor Joel Kelley Dauten, who plays the studio director who must field the many questions of the confused voiceover professional. It also previews the impressive Dynamic Seasons feature, which will change seasons within the game weekly in an open-ended progression system. So viewers can come for the gorgeous gameplay and stay to watch a mildly frustrated Dauten begin to explain what a “hoonigan” is to a flustered LaMarche.

“4 Changes Everything” is currently running in the U.S., U.K., Mexico, Germany, Australia, and France online. Forza Horizon 4 will be available on Xbox One and Windows 10 PC beginning October 2, however, those who purchase the Ultimate Edition can begin playing on September 28.