FCB/SIX and travelers show the beauty of the continent 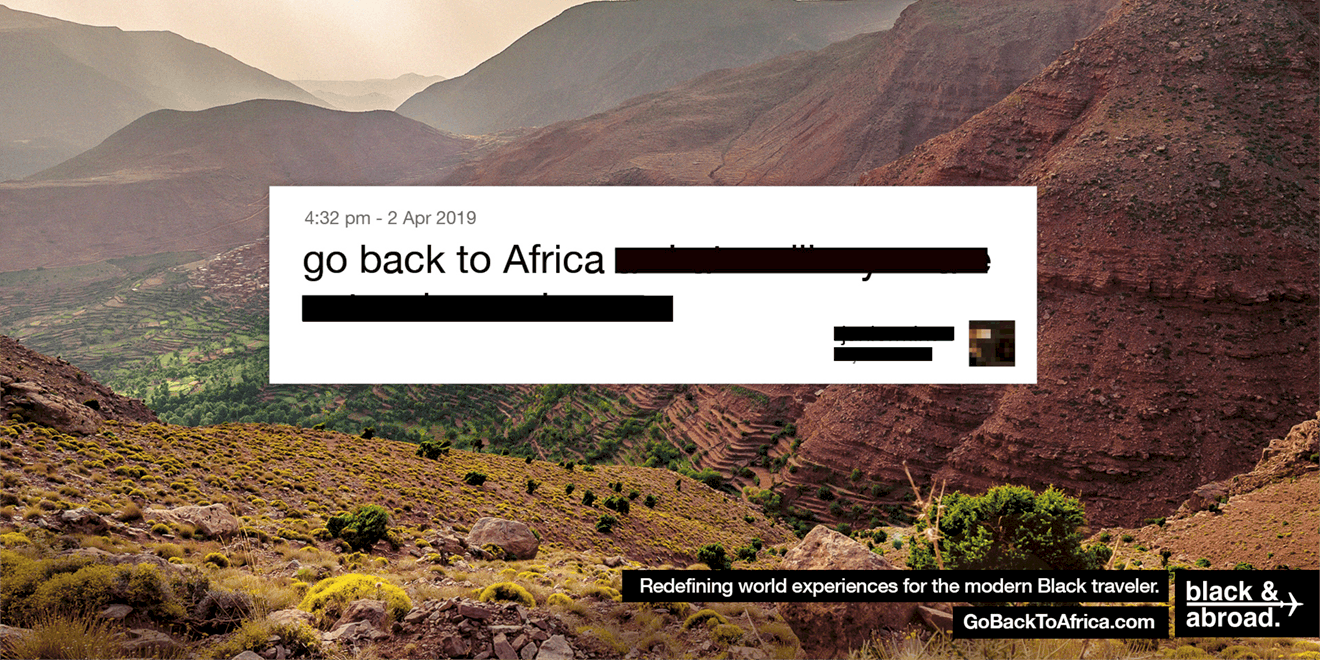 One of the many beautiful places to visit in Africa.
Black & Abroad
Share
By Shannon Miller
|
April 17, 2019
Share

The idea that words are “just words” is a fallacy that has stuck with us since childhood. Often compared to “sticks and stones,” the notion that words cannot physically hurt us somehow renders them harmless and ignores their inherent power. Just as words can mold policies and create communities, they can also be vehicles of hate and generational trauma.

For those who belong to one or many marginalized communities, part of that unique experience involves taking weaponized, derogatory speech and empowering ourselves enough to repurpose it into something positive.

For the black community, “go back to Africa” has always been a call steeped in racism, a disregard of history, and an idea that anyone has the right or ability to claim America strictly for themselves.

It also paints an incorrect picture that Africa is somehow beneath the United States and overlooks their sources of wealth, artistry, and civilization. Usually uttered during frank discussions of oppression and discrimination, the hostile command purposely suggests that black people are not welcomed here, whether they were born in America or not.

But travel and lifestyle platform Black & Abroad have no plans to sit idly by and let racist sentiments dictate happiness. With the help of creative agency FCB/SIX, they’ve created the Go Back To Africa campaign, which reframes divisive language into a call to visit the beauty and opulence of the continent via group travel.

Join our new campaign and help us displace the hate by showing what it really means to #GoBackToAfrica. Link in bio.

“One of the campaign’s goals is to effectively strip the perceived power away from those who use the phrase ‘Go back to Africa’ with derogatory intent,” said Eric Martin, co-founder of Black & Abroad. “If we can strip the expression of its impact, then we can debunk the age-old narrative that Africa is a desolate, disease-ridden wasteland undeserving of our time and travels.”

The campaign, which is on the dedicated website, isn’t just about travel, but about shifting a narrative that was originally rooted in hatred of both the black community and a continent that is so often miscategorized, with or without ill intentions.

While the means to travel may not be available to everyone, the campaign is a galvanizing example of what it means to recognize both the power in words and our ability to mold their meaning.

Campaign: “Go Back To Africa”