Why Do Advertisers Keep Spending More and More With the Walled Gardens?

For one, name recognition is a factor 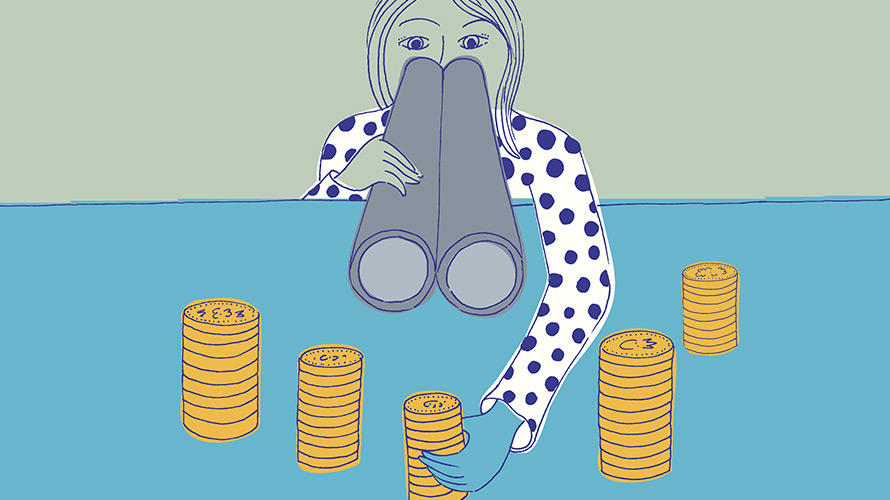 The latest IAB ad spend figures came out earlier this week, painting a pretty rosy picture. Top-line numbers appear to show times are good: U.S. digital advertising revenues rose 22 percent year over year to $26.2 billion in the third quarter of 2018, according to the latest numbers from the trade body, compiled by PwC, with total spend throughout the first three quarters of last year totaling $75.8 billion.

However, pull back the curtain a little and a darker, more Darwinian plot line appears to be forming, with spend consolidating into fewer and fewer hands, resulting in consequences that reverberate far and wide.

The numbers, based on interviews with the largest companies in the sector and then further modeled out, have Sue Hogan, svp, research and measurement at the IAB, describing 2018 as a “landmark year” for the sector.

David Silverman, PwC, partner, U.S., went on to say, “It’s no surprise that advertisers are following their target customers to whatever screen they are on, and that screen is more likely to be a digital one.”

However, with a separate study by eMarketer forecasting that Amazon, Facebook and Google will collectively rake in 63 cents of every U.S. ad dollar spent by 2020, it would appear the flow of ad dollars is flowing in ever fewer directions.

Although it is hard to make a direct comparison and determine cause and effect as to the dynamics in the market, the multiple rounds of layoffs at high-profile premium media outlets, such as BuzzFeed, Gannett and Vice, are in stark contrast to the buoyant numbers posted by such platform providers.

Similarly, Facebook posted a 30 percent boost in ad spend for the same period with total revenues nearing $17 billion in Q4 2018. Meanwhile, Amazon’s ad business, or “other” category, grew 95 percent year over year in the last quarter to hit $10 billion during Q4 2018, according to its last quarterly filing.

It should be noted that the IAB and PwC did not publicly disclose where all that digital marketing revenue went, whether it was the Facebook/Google/Amazon triumvirate or the rest of the media landscape. Although, Adweek sources appear to back the widespread notion that advertisers are immune to public outcry over “brand safety scares” and inventory integrity.

Simply put, as long as spending with the duopoly, and increasingly Amazon, appears to make them look as though they are doing their job well, the status quo is unlikely to change any time soon.

Ratko Vidakovic, founder of AdProfs, said the dominance of platform providers, when it comes to ad spend, comes simply down to name recognition in many instances. “People want to buy from the leading platforms because it’s perceived as less risky,” he added.

“That said, there many advertisers for whom outcomes matter more than proxy metrics and ad verification,” he said. “And if Facebook and Google and other walled gardens didn’t perform, advertisers would simply cut their losses and move on. So, there is definitely substance to these walled garden ad products.”

Short-termism is winning out over strategy

For Ana Milicevic, a founder and principal at consultancy Sparrow Advisers, the consolidation of spend within “the duopoly or triopoly” is helping to produce an unbalanced ecosystem.

“The long-term trend is that any increase in spending is just going to be split between the extreme high end—such as the top 10 media properties like The New York Times, Washington Post, et cetera, who are brand names in and of themselves,” she told Adweek.

“But the rest will be captured by Facebook, Google, Amazon … so that makes a lot of companies non-viable.”

According to Milicevic, this scenario will increasingly become the case as staff on the buy-side of the business are under such pressure that they prioritize their short-term, quarterly KPIs over more long-term strategic thinking and positioning.

“There’s an advantage that the walled gardens have and their ability to demonstrate what’s working and what isn’t,” she added.

Rob Beeler, founder of Beeler.Tech and chairman of AdMonsters, echoed these sentiments, adding that advertisers simply find the walled garden environments an easier place to meet their performance requirements and added that working with them can likewise cut down on the reputed “ad tech tax.”

“From a buy-side perspective, you know that with those guys you can buy what you need with just one, two or three guys and this can be done using self-serve [technologies] if you want,” he said. “For a lot of people on the buy side, there’s a lot of ad tech out there and you’re not exactly sure what value they bring.”

Vidakovic added, “It still remains very easy to spend with walled gardens, which is a key factor … and it’s much harder to spend ad budgets outside them in the open publisher world.”

Premium media owners are often quick to trumpet the quality of their inventory over that of the user-generated content on such platforms, or their opaque ad-tech offerings, with multiple “brand safety crises” erupting within the public gaze over the last two years.

While many buyers are keen to publicly thump their chest over the importance of a clean media environment in the immediate aftermath, with some even suspending spend, the vast majority are quick to revert to type once the furor has quietened down.

“A lot of the big spenders return [after suspending advertising from any social platforms found to have offending content] maybe not intentionally but in many cases through an intermediary,” added Milicevic. “And when you get this, it’s clearly a case of advertisers prioritizing targetability [using walled gardens’ vast swathes of first-party data] over brand safety.”

Everyone is just trying to appease

This includes those charged with implementing the everyday chores of campaign management developing a certain tolerance to brand safety and other controversial topics such as fraud and viewability.

“Does anyone want there to be fraud? No …  From publishers to the tech companies, to the brands, everyone in the system is just trying to appease a client and trying to mitigate the risk,” he said.

“But [what] it really comes down to is that no one feels the harm until there’s a PR nightmare.”