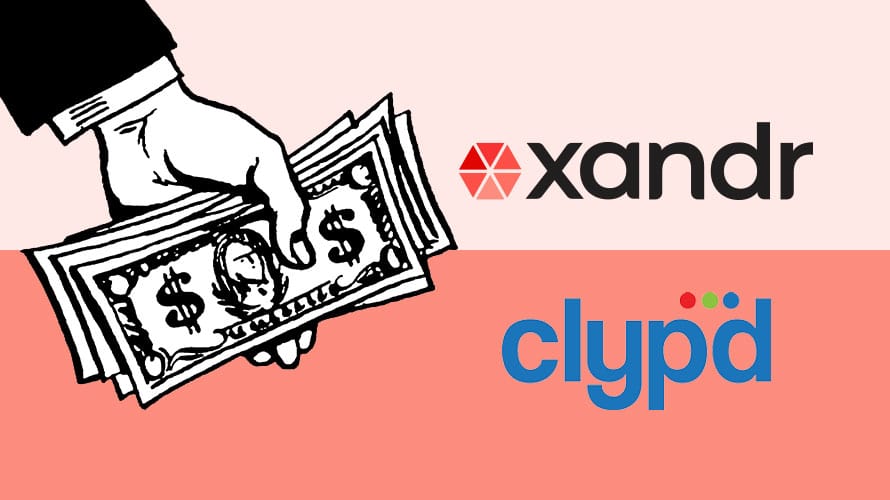 AT&T's Xandr is poised to purchase Clypd, an ad-tech outfit that RTL has significant investments in. Getty Images, Xandr, Clypd

A little more than a year after closing its purchase of AppNexus, AT&T is on the hunt again for more ad tech. This time, it is doubling down on television with the intended acquisition of Clypd, a company with significant investment from RTL, Europe’s largest broadcaster.

According to multiple sources with knowledge of the developments, AT&T’s ad-tech unit Xandr is poised to announce the purchase of U.S.-based Clypd, a TV-focused startup.

The sum of the intended purchase was unclear, although one source speaking with Adweek on background to avoid political blowback with knowledge of the ad-tech landscape, estimated the transaction would be substantially less than $100 million.

According to Adweek’s sources, the proposed deal will close after Xandr parent AT&T issues its third-quarter earnings call on Oct. 28, just six weeks after shareholder group Elliott Management publicly set out a plan to turn around the telco’s “underperforming” share price.

RTL invested $19.4 million in Clypd in 2015 (the startup has raised $30.8 million in total, according to its Crunchbase profile) with the pan-European broadcaster using it to harmonize its other ad tech investments, a process it continued with the January purchase of Yospace.

However, RTL has reportedly rethought its ambitions in the ad-tech space and taken it in a direction that potentially plays into the hands of AT&T, which is seeking to fill some of the gaps left in its tech wares, according to sources.

Clypd provides targeted advertising services geared toward bringing efficiencies to both the linear and OTT advertising spaces, including private marketplace services, with its parent company recently pairing it with RTL stablemate SpotX to achieve these synergies.

One source speaking with Adweek upon the condition of anonymity said Xandr’s purchase of Clypd would complement its earlier ad-tech investments given that AppNexus did not launch a fully fledged video advertising product until 2016.