Like the population that it serves, Paris daily Libération this weekend is at a loss for words.

The Saturday-Sunday weekend edition of Paris newspaper Libération features a plaintive cry on its front page. It’s a question countless citizens – from those directly affected by the Nice truck massacre to the rest of the world watching and absorbing from far – is repeating. 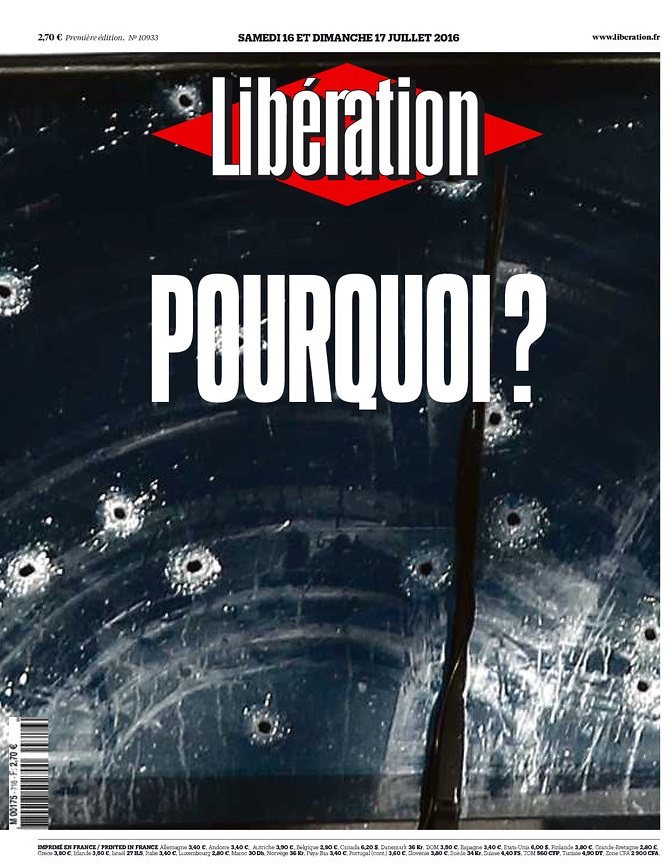 “Pourquoi?” … Why? … The Figaro meanwhile – under a picture with the headline “Winning the War” – features a front-page editorial that asks slightly longer and equally painful questions. That article sits under the headline “A Rebuttal Without Pity” and begins as follows:

Merah, Charlie, the Bataclan, Magnanville and now Nice. How many times before our eyes are opened? How many savage attempts, blind massacres before our leaders resign themselves to admitting that Islamic fanaticism is engaged in a battle to the death against our country and our civilization? How many innocent victims – men, women and children – before our governments finally decide to deliver, against these Allah madmen, the measures without pity that their barbarism calls for?

Le Monde teases also, on its front page, a “Why?” debate inside that features the thoughts of novelist Marilyne Desbiolles, judge Denis Salas and historian Jean-Clement Martin. Le Parisien went with the most shared photo from the Nice massacre, that of a young girl’s covered body and doll dropped on the pavement, framed by the headline: “They Were Children.”

The were indeed. One of whom died with his dad from Texas, and is being remembered today far away on the bottom-right of another daily newspaper front page, that of the Austin Statesman. 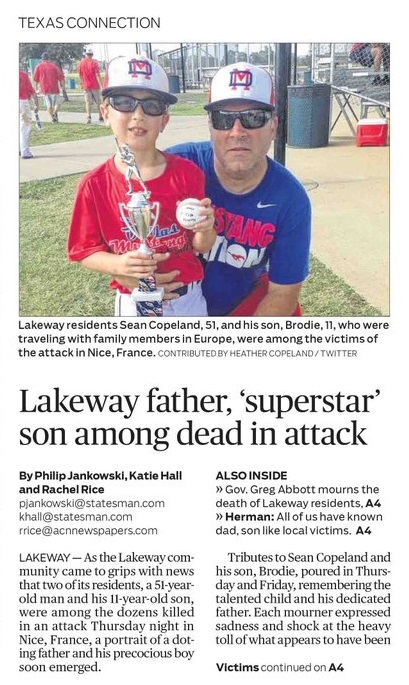