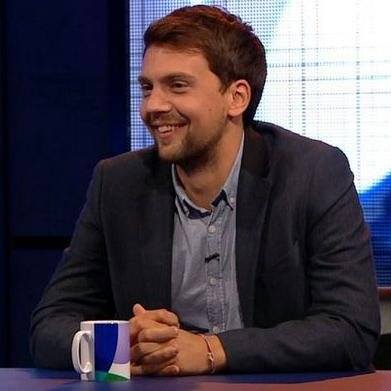 Rory Smith (pictured) currently describes himself as a “football writer.” However, when he moves over in September from the Times of London to the New York Times to continue writing about his sport of choice, from Manchester, the job title will become chief soccer correspondent.

The sport’s purists need not worry. As Smith himself points out today on Twitter in the midst of fielding congratulations from colleagues, soccer is an English word, one that was commonly affixed to the sport in the U.K. back in the 1930s. From today’s note by NYT sports editor Jason Stallman:

This is a huge move for us. We now have one of the smartest soccer writers on the planet covering the world’s most popular sport, full-time, from England.

Rory got into journalism the old-fashioned way: he moved to Bolivia. You know the old chestnut: teenager goes to South America, learns Spanish, finds a job at a paper there, then returns to England for college, graduates and works his way into writing opportunities at The Telegraph and The Independent and ESPN and, most recently, The Times.

In the same memo, Stallman also announced that Andrew Keh, post-Summer Olympics, will take over for Sam Borden as European sports correspondent. Borden is returning to the U.S.; Keh will be based in Berlin.

As Smith’s Twitter feed and a Q&A he did with the U.K. Football Writers’ Association in 2012 both demonstrate, he approaches the beat with a healthy sense of humor. An essential quality in today’s sports journalism field.