John Slattery: From Spotlight to The Front Page 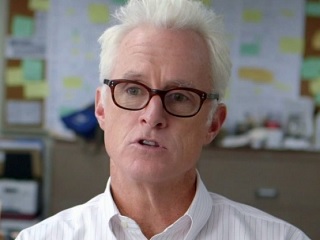 Suitably enough, a reporter from Chicago got the jump this morning on the latest casting news related to this fall’s Broadway revival of The Front Page, Charles MacArthur and Ben Hecht’s ode to 1920s-era Windy City newspapers. Per Tribune critic Chris Jones, joining the cast are Holland Taylor and Robert Morse.

“I’ve had a lot more ink in my veins since Spotlight,” Slattery said Wednesday, referencing the Oscar-winning movie set in the newsroom of the Boston Globe and speaking from Washington D.C., where he said he had been testifying, alongside journalist Ben Bradlee Jr., on matters of copyright infringement. “There is some tough language in the play that would not now appear in a family newspaper like the Chicago Tribune, but this is still a romantic look at those great days when all the reporters fed off each other in the same room.”

The original production of The Front Page opened Aug. 14 1928 at the Times Square Theatre and has since been revived on Broadway three times. It was also the basis for a pair of Golden Era Hollywood films. This latest production, with Nathan Lane and a tweaked book leading the way, will start previewing at the Broadhurst Theatre Sept. 20 and open Oct. 20.