Coming soon to a helmet near us. 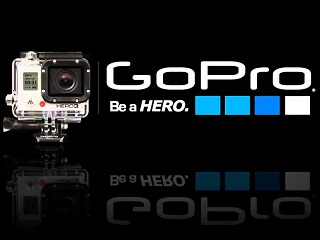 It’s a risky move. Be that as it may, Variety Silicon Valley correspondent Janko Roettgers has the scoop this week on GoPro’s decision to try and reverse the course of several money-losing fiscal quarters by turning itself into a media company.

Roettgers paid a visit to the office of company CEO Nick Woodman, who teased some of the 32 (!) short-form series the company plans to roll out in late 2016 and 2017:

Some of the titles in production include the travel show Beyond Places, the music format Off the Record and the family-themed This Is Gonna Be Fun and Kids Save the World. GoPro also teamed up with Real Madrid for a series on the legendary soccer club, and there’s one about New York motorcycle cops in training.

The shows are being produced by the company’s entertainment unit, which, until earlier this year, was headed by former CBS Corp. executive Zander Lurie. Lurie left in January to become CEO of SurveyMonkey, and the division is now being led by Ocean MacAdams, who at various points has held programming posts at MTV, Warner Music and the Madison Square Garden Co.

There’s little doubt some of this content is going to be compelling. But can it be monetized? Then again, at the Emmys this year, one of the nominees is the GoPro-driven concoction Comedians in Cars Getting Coffee.