FX Billboards Fly in the Face of OJ

Johnnie Cochran would not approve.

If the glove doesn’t fit, you must… take some creative license. 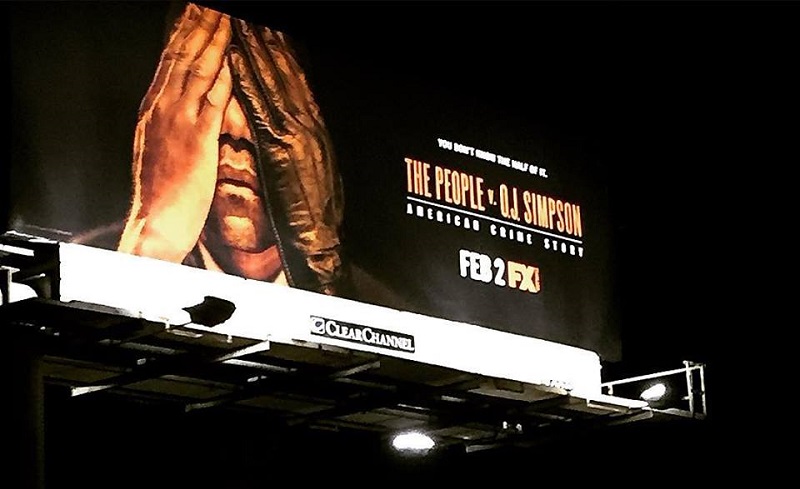 Our Facebook pal Burt Kearns, a longtime TV and film producer, showrunner and writer, covered the OJ trial for Premier Story and A Current Affair. Following Tuesday night’s premiere of The People v. OJ, he ruminated as follows:

So here’s my issue. I covered the case. And in court, the glove… did… not… fit.
So why does it fit so well in the ads? ‪#‎PeopleVsOJSimpson‬ ‪#‎MarkFuhrman‬ ‪#‎TabloidBaby

Touche! Although at least one commenter responded to Kearns’ Facebook thoughts by suggesting that the glove did in fact fit and OJ’s struggle to put it on was an act. If you believe that, then Ryan Murphy and co. with these marketing materials are tipping how they ultimately feel about the trial outcome.

Kearns, in his 1999 book Tabloid Baby, touched on many aspects of the Simpson case. It will be interesting to see if and-or how the FX true crime series encompasses something else in that Kearns tome. Namely, that he spied Robert Kardashian making off with OJ’s Louis Vuitton bag the morning OJ returned from Chicago.