Kiely will join Bloomberg Politics as their Washington news director, Kapur as a Washington-based correspondent. 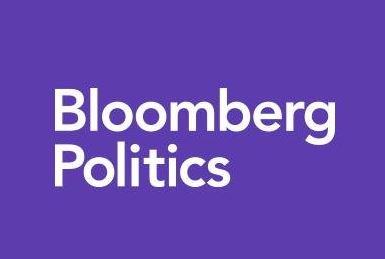 Kiely, who has covered politics for Houston Post, Arkansas Democrat-Gazette, the New York Daily News and USA TODAY, will join Bloomberg Politics as their Washington news director. Kapur, a senior reporter for Talking Points Memo, will serve as a Washington-based correspondent.

Below is the memo from Johnson and Nizza:

Kathy Kiely joins us as Washington News Director for Bloomberg Politics. She will oversee our correspondents in Washington and coordinate coverage with the bureau. It’s a big job, one that is designed to combine text, video and data in new and exciting ways. And we know she’ll be fantastic at it because she brings a rare combination of skills. Kathy has reported on every presidential campaign since her first job in journalism with her hometown paper, the Pittsburgh Press. She’s gone on to cover politics for Houston Post, Arkansas Democrat-Gazette, the New York Daily News and USA TODAY. As a politics editor she helped launch a team of embedded journalists to cover the 2012 presidential campaign for the National Journal and CBS News. Over the past three years, Kathy led a reporting team at the Sunlight Foundation, where she helped build data tools for journalists and developed in-depth stories focused on money and politics. We look forward to Kathy bringing all of these skills to Bloomberg Politics.

Sahil Kapur joins us as a correspondent based in Washington. As a senior reporter for Talking Points Memo, Sahil spent the past three years chasing news on the Hill, Supreme Court and anywhere in Washington where there was a story. He’s the kind of reporter who seems to be everywhere, and we can’t wait to turn him loose on the campaign trail.

Please join us in welcoming Kathy and Sahil to the team.