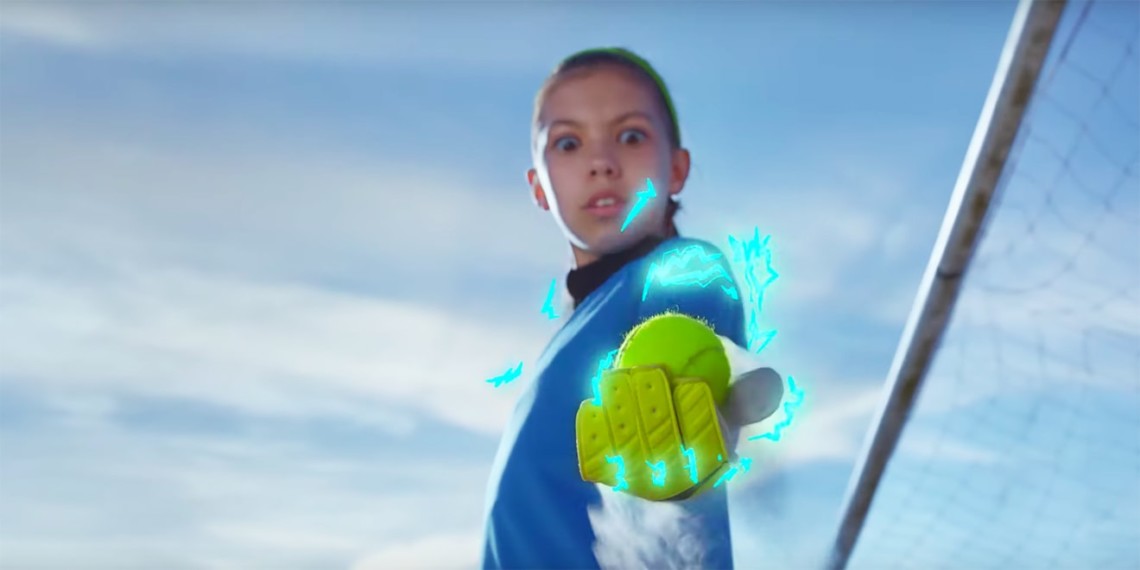 In W+K Amsterdam's first spot for Nike Kids, empowering energy flows from one young athlete to the next. Nike

In the traditional game of tag, being “it” usually isn’t a positive, since it turns you into a sort of infection vector looking to get rid of the burden as fast as possible. But perhaps there’s another way to picture being “it”: as an empowered seeker around whom all action is centered.

The ad spans the globe, showing kids embracing their power and potential at activities ranging from tennis and soccer to skateboarding and dance.

The spot is reminiscent of several other Nike spots in recent years. While it’s no surprise the ad captures some of the energy from 2017’s “What Are Girls Made Of?”, which was also created by W+K Amsterdam, it’s perhaps most similar in style and genre-blurring visual approach to “Nothing Beats a Londoner” from W+K London. While that spot was specific to one city, its pulsating and constantly shifting leaps among different activities seemed to set the playbook for what we see in “You’re It.”

You can check out those earlier spots below, followed by the credits for the new work: