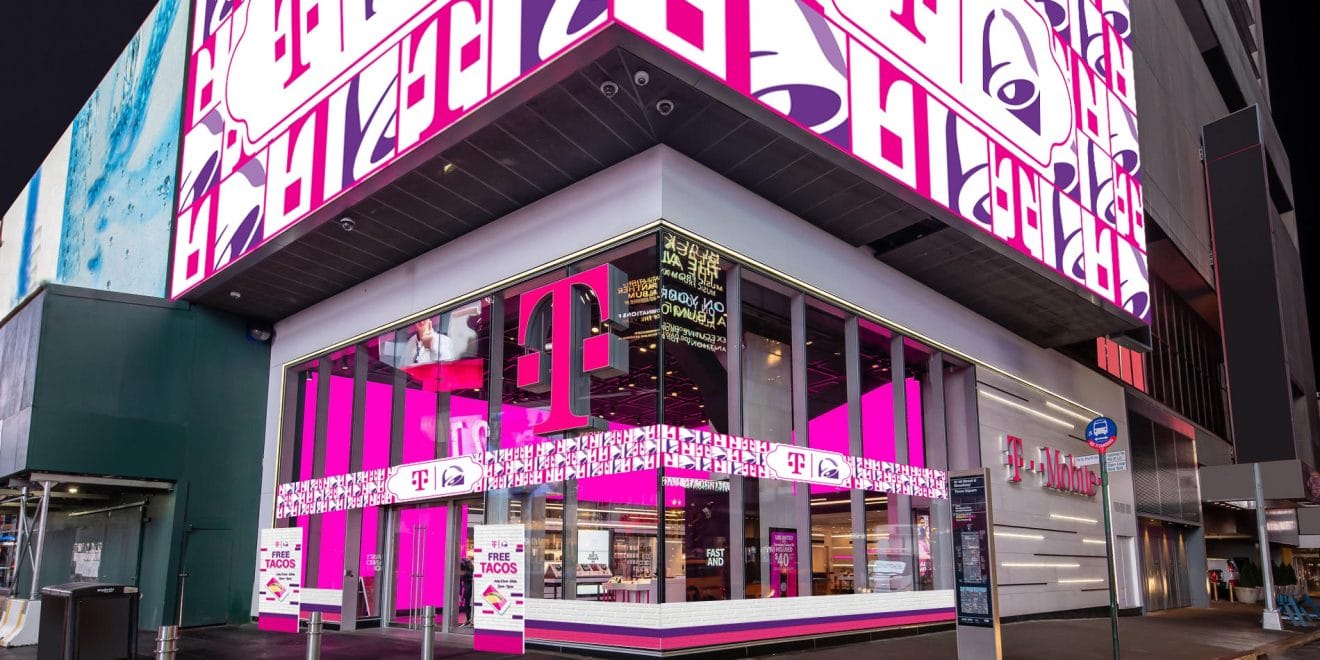 Combination T-Mobile and Taco Bell pop-up stores are coming to three cities next week as the two brands double down on a promotional partnership that began during the Super Bowl.

The co-branded spaces, set to open between July 23 and 25 in New York, LA and Chicago, will offer free tacos, assorted merchandise and limited-edition pink slushies along with promised appearances from yet-t0-be-named celebrities. The activations are one of many branded rewards deals that the “Un-carrier” has forged in a bid to lure subscribers with giveaways like discounted Lyft rides, free movie tickets through Fandango and cheap Netflix plans.

The carrier first announced that it would add Taco Bell to the brand roster of its weekly T-Mobile Tuesdays promotion in one of its four Super Bowl commercials this year. T-Mobile said the announcement led to the biggest day in the history of the rewards program the following Tuesday with the app climbing to the top spot in the lifestyle categories of Apple’s App Store and Google’s Play Store.

Meanwhile, Taco Bell has leaned heavily into the experiential space with pop-up activations like a boutique hotel, a virtual-reality arcade and weddings at its Cantina location in Las Vegas.

Merchandise offered at the pop-ups will include taco-themed socks, a stick-on phone wallet, sunglasses and a taco foam hat, while one of the surprise special guests will include The Bachelor’s Colton Underwood at the Chicago location. T-Mobile will also hold a Twitter sweepstakes with prizes including a $500 Taco Bell gift card,  Powerbeats Pro Wireless Earphones and an Ultimate Ears Megaboom 3 speaker.