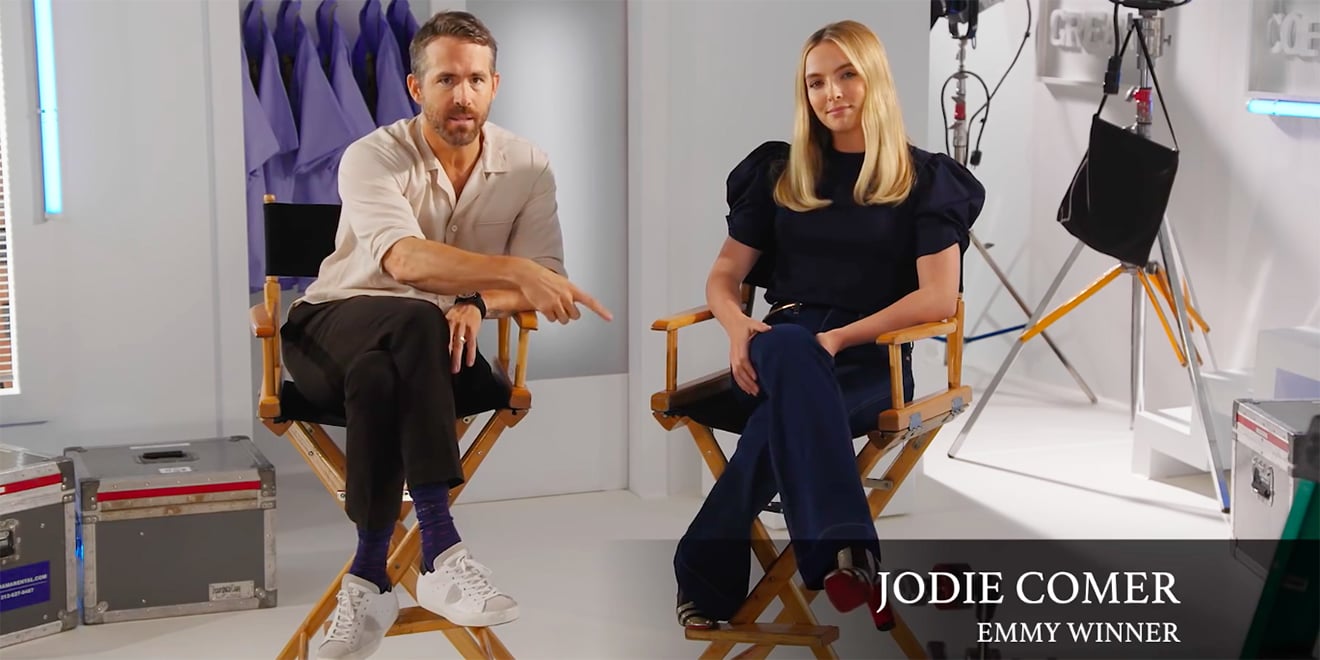 If Jodie Comer wins a Golden Globe this Sunday for her entrancing performance as Killing Eve’s cold-blooded Villanelle, she can make a spot for the trophy right next to her Emmy and BAFTA.

If Ryan Reynolds wins … oh wait, that’s not going to happen, given that he’s not nominated. Which is for the best, since he wouldn’t really have any other acting awards of note to put it next to.

In a new promo for his upcoming film Free Guy, Reynolds brings his signature blend of dry wit and self-deprecation to what is ostensibly an interview with costar Comer about the craft of acting. As any fan of Reynolds’ marketing antics can predict, though, things quickly go off the rails when he begins to notice the frequency with which Comer is labeled on screen as an Emmy winner.

The clip, shared today on Reynolds’ social channels—where he has a combined follower base of more than 50 million—was created by Maximum Effort, the production company Reynolds runs with creative partner George Dewey.

Most recently, the duo generated extreme amounts of buzz with their subtle and biting twist on a viral Peloton holiday ad. Adweek named the resulting spot—one of the studio’s only home-run pieces not starring Reynolds himself—one of the 25 best ads of 2019.

Free Guy, scheduled for release in July, features Reynolds as a mild-mannered non-player character in an open-world video game that blends elements of popular franchises like Grand Theft Auto and Fortnite. Thanks in part to Comer’s character, a coder on the game, he becomes aware that his world is all one giant digital playground and sets out to become the game’s hero.

This isn’t the first film project Reynolds has amplified through his Maximum Effort marketing work. For last year’s Pokemon Detective Pikachu, he created several pieces of bait-and-switch content, such as his deep dive into the method acting approach he brought to playing Pikachu and his supposed leak of the entire film to YouTube.

The timing of Reynolds’ rapidly unraveled interview with Comer definitely isn’t random. On Sunday, she could complete an impressive hat trick of top wins—this time claiming the Golden Globe for Best Performance by an Actress in a Television Series—for her work in Killing Eve’s Season 2. In 2019, she received the equivalent Emmy and BAFTA awards for her portrayal of the show’s chilling and charming Villanelle.

That said, the Golden Globe definitely isn’t a lock for Comer. She’s up against some of the industry’s biggest stars: Nicole Kidman for HBO’s Big Little Lies, Reese Witherspoon for The Morning Show, Jennifer Anniston (also for The Morning Show on Apple TV+) and Olivia Colman for Netflix’s The Crown.

But at least she’ll go into the weekend knowing she has the support of a two-time nominee for the MTV Movie Awards’ Best Kiss. He’s no Ryan Gosling, but, sigh, few are.