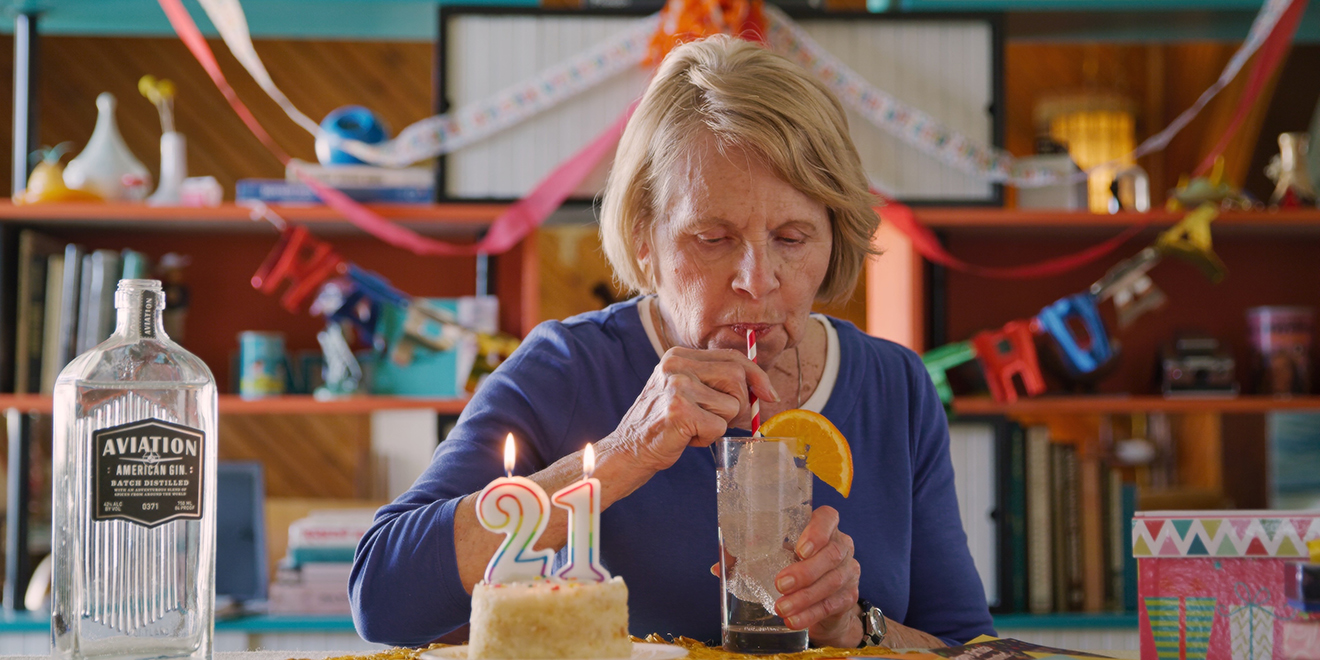 Arlene Manko, born in 1936, is finally getting her first legal drink, courtesy of some guy named Ryan Reynolds. Aviation Gin

Just about every teen feels like it takes forever to turn 21, but Arlene Manko’s wait for a legal drink puts the rest of us to shame.

Ryan Reynolds, owner of Aviation Gin and a master marketer who leaps on just about every timely excuse for a fun ad, has created a special video celebrating Manko’s birthday and making sure that Aviation is her first legal drink. (Although since it was filmed before her birthday, doesn’t this mean he was abetting a minor? How strong is our extradition treaty with Canada?)

Aviation Gin ads have become pretty frequent on the advertising landscape—with the brand’s Peloton parody being named one of the best ads of 2019 by Adweek and Aviation also winning our 2019 March Adness brand bracket.

But this time around, there’s an interesting change: Maximum Effort, the content studio Reynolds cofounded with creative partner George Dewey, collaborated with agency 160over90, formerly known as Endeavor Global Marketing.

Per usual, the spot launched via Reynolds’ social media channels. Much like last year’s Peloton sendup, he doesn’t appear in the ad this time around, though this time he does narrate—and take a moment to allow a nice jab at his ego.