McDonald’s Poses the Existential Question: Is a Big Mac With Bacon Still a Big Mac?

Canadians are asked to weigh in 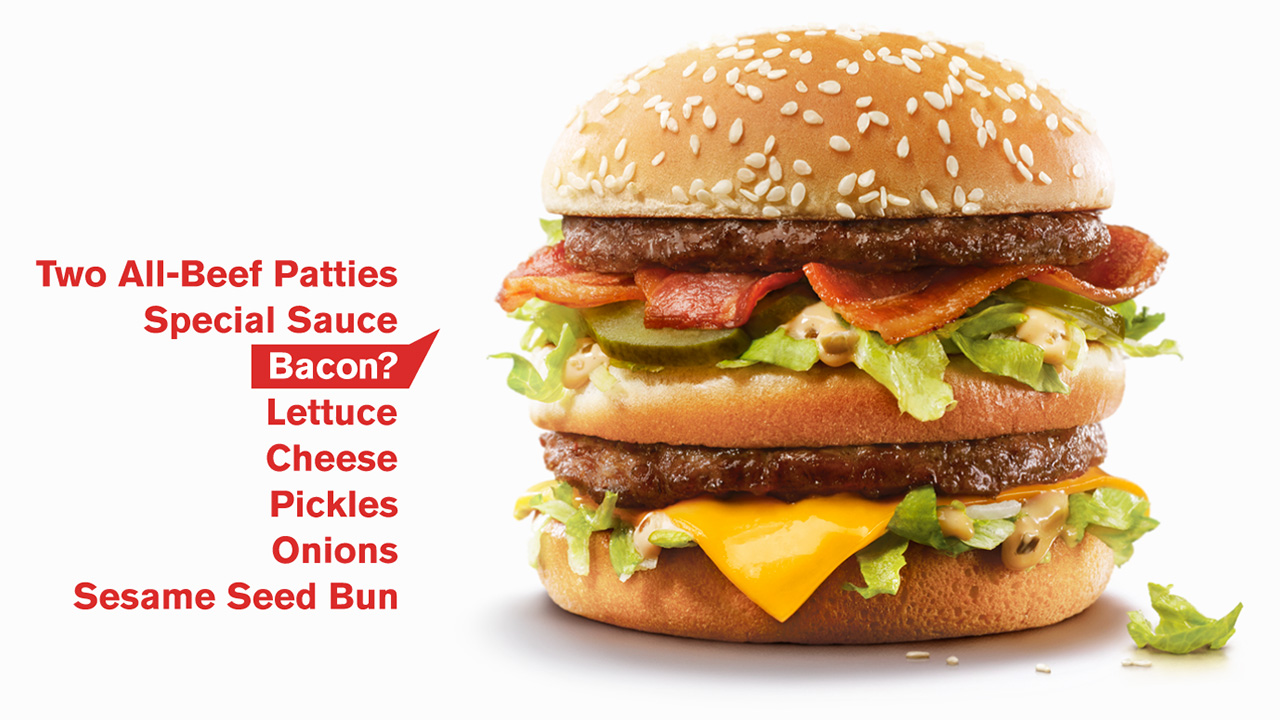 If you're the type of guy who drives your friends nuts by compulsively obsessing over minor details at lunch, then McDonald's has a deep existential dilemma for you.

In Canada, the fast-food chain is temporarily adding the Big Mac Bacon—a Big Mac, with bacon on it—to its menu, the first change to the sandwich in that country in 50 years. An ad from Cosette puts the new product to the pedant test, which by its very nature requires that anything that can be argued, must be argued.

Two men sit in a McD's. One takes a bit of his Big Mac Bacon, and declares "Mmmm, now that's a Big Mac." Naturally, his tight-ass buddy takes umbrage, and an absurd debate ensues over whether a few bits of crispy cured pig fat render the sandwich a completely different entity. It's clearly a dilemma that would be best solved by spending less time talking, and more time shutting up and eating.

There's a stoner streak to the humor—a couple of dudes getting myopic about the philosophy of their munchies to the point of willfully ignoring its insignificance, and insistently failing to realize that they are, in fact, both right. But the staging is broad enough that it could also just be garden-variety goofiness—a couple of annoying personalities who (as people so rarely can) just can't let it go, cleverly putting the whole scene on the dog-whistle side of a bong-rip trope. Billboards will run concurrently with the TV spot, posing very significant questions like "Are pants cuffed above the knee still pants?" (Another betrays itself as a twist on the old tree-falls-in-the-forest cliché, with the headline, "If you're in an empty room, is it still empty?")

The campaign, which launched Tuesday and will run through Feb. 20 in English and French, also includes social posts and YouTube pre-roll. McD's and Cosette are eager for audiences to join the debate with the hashtags #NotABigMac and #StillABigMac. (Call it a sand-which.)

While it's all highly contrived to puff up the brand, and beef-patty academics may never be able to agree on what's what, one thing is clear: It's rare for a burger, or just about anything, to be made worse by putting bacon on it.