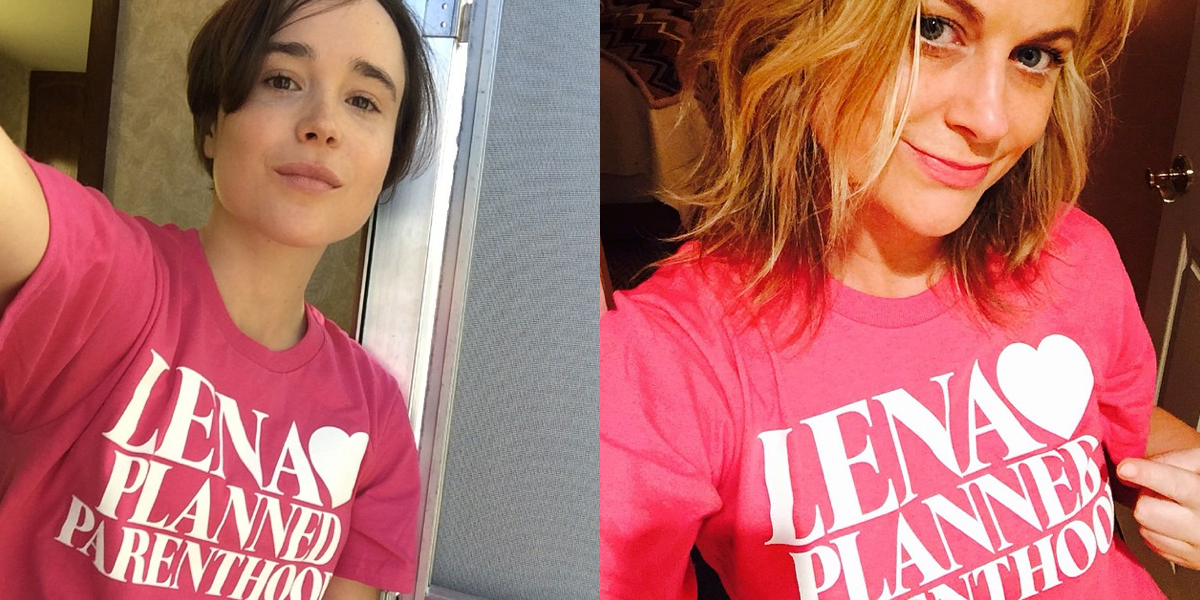 If you're one of the nearly 1.2 million people who follow Lena Dunham on Instagram, you might have noticed her posts flooding your feed this morning—shot after shot of her celebrity pals wearing a new T-shirt she designed for the Planned Parenthood Action Fund.

So proud and pleased to share the official shirt of my book tour, on sale to benefit @PPact! http://t.co/TdriGfeT3t

Need a jolt of fierce, flawless reproductive rights warriors in your life? Stop everything & go look at @lenadunham: pic.twitter.com/EqSoLIfu4r

Dunham partnered with Planned Parenthood as part of her book tour for Not That Kind of Girl earlier this month. Proceeds from the $25 shirt will go directly to funding the Planned Parenthood Action Fund, the electoral and political arm of Planned Parenthood. Oh, and if you haven't put it together just yet, the shirt seems to be part of a push to remind fans to vote on Election Day.

Deepest thank you to the beautiful queens who rock the shirt and all it represents. Nov. 4th #iamwatching2014 http://t.co/S78DU8dzqz

Check out the posts below:

The inimitable @mindykaling, a beloved voice for women and an angel in pink #iamwatching2014 #weheartplannedparenthood