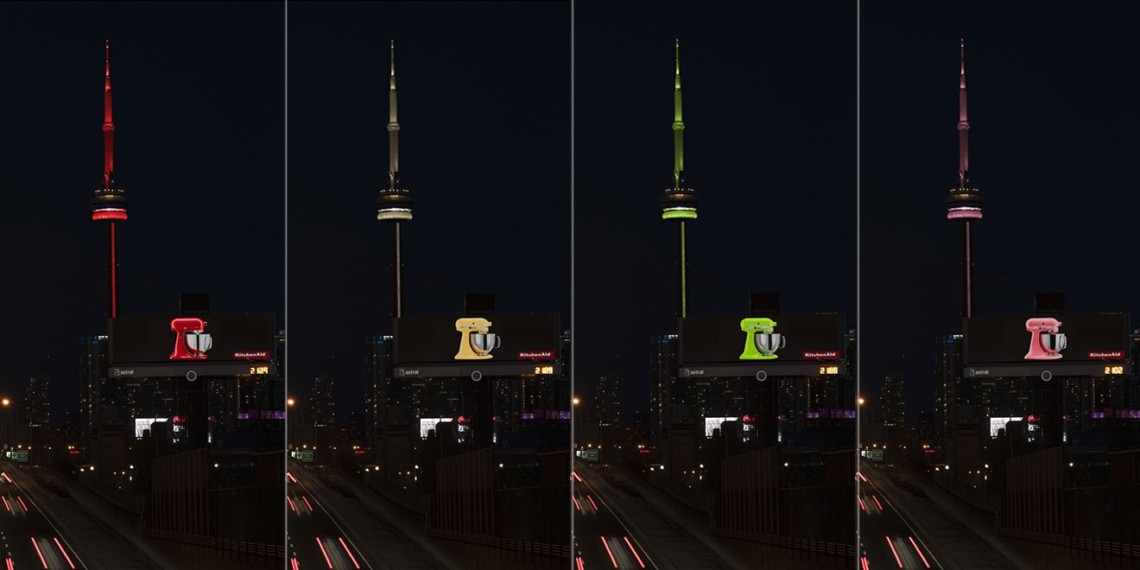 If you own a KitchenAid stand mixer that you bought with your won money, chances are good that you have strong feelings about the color. (I’m typically an Empire Red man, but my current one is a Gloss Cinnamon I found on sale, and honestly I’ve come around on it.)

The minimalist billboard in Toronto features a striking photo of a stand mixer on a dark background, with the KitchenAid logo serving as the only copy. When it detects that the iconic CN Tower has changed its color each night, the ad automatically shifts its own creative to match the color of the mixer to the color of the tower.

“KitchenAid is all about unlocking creativity in the kitchen,” said Jacqueline Probert, KitchenAid brand manager, in a statement about the outdoor ad. “This billboard is a playful way to show Torontonians how they can personalize their stand mixer to their style.”

The ad uses a digital camera that watches the CN Tower and uses an XML feed to update the Astral-owned billboard’s digital display whenever the 1,800-foot-tall landmark’s lighting changes.

There are 33 color variations of the KitchenAid mixer that the ad, titled “KitchenAid Mix’n Match,” can pull up. The production partner was Bounce Media, with media handled by Cossette Media.

“Behind the technology is a simple idea,” said Ian Simpson, creative director at Zulu Alpha Kilo. “Using only the image of the stand mixer, we are able to capture some of the same magic that has made KitchenAid an icon of design.” 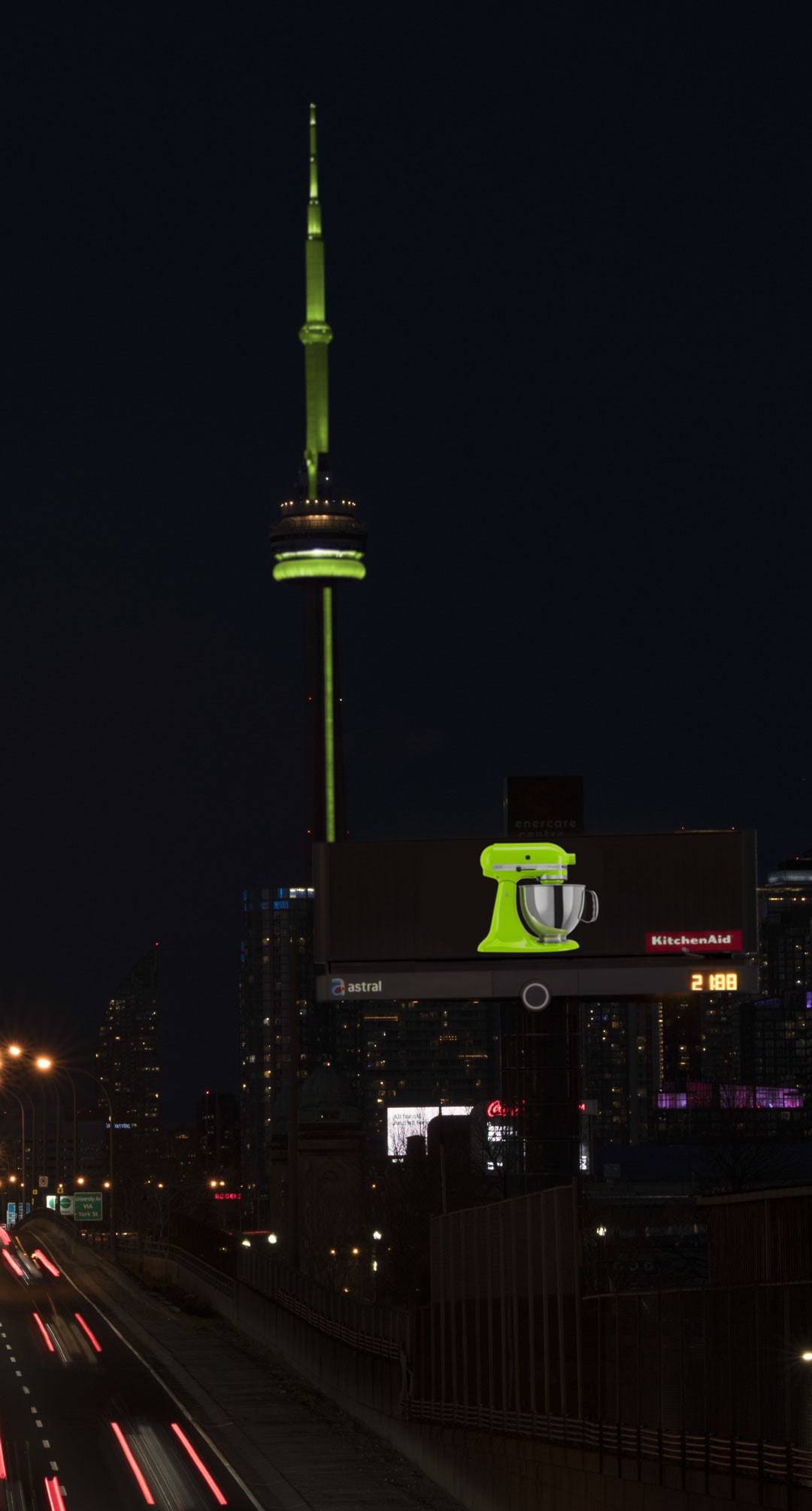 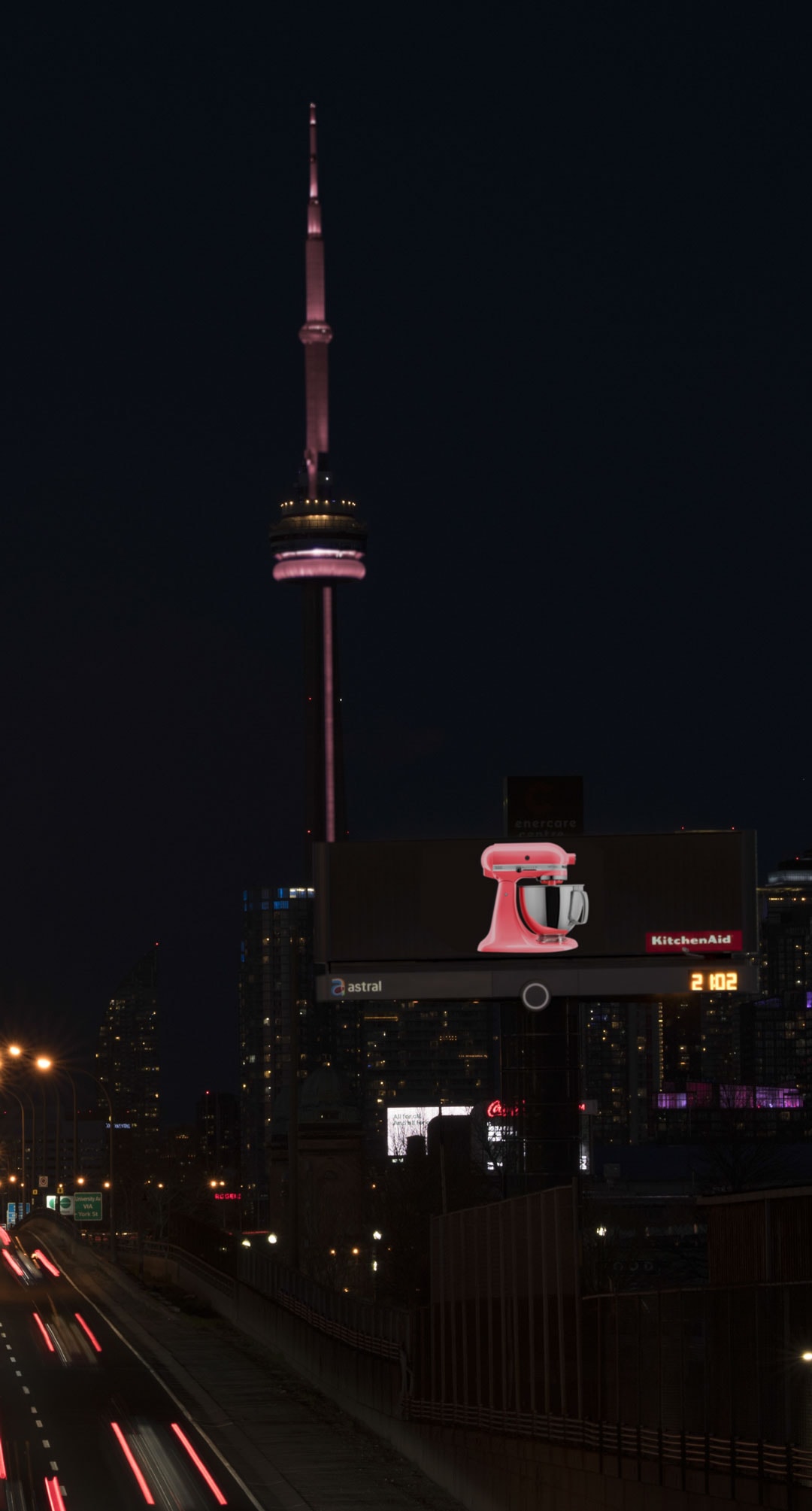 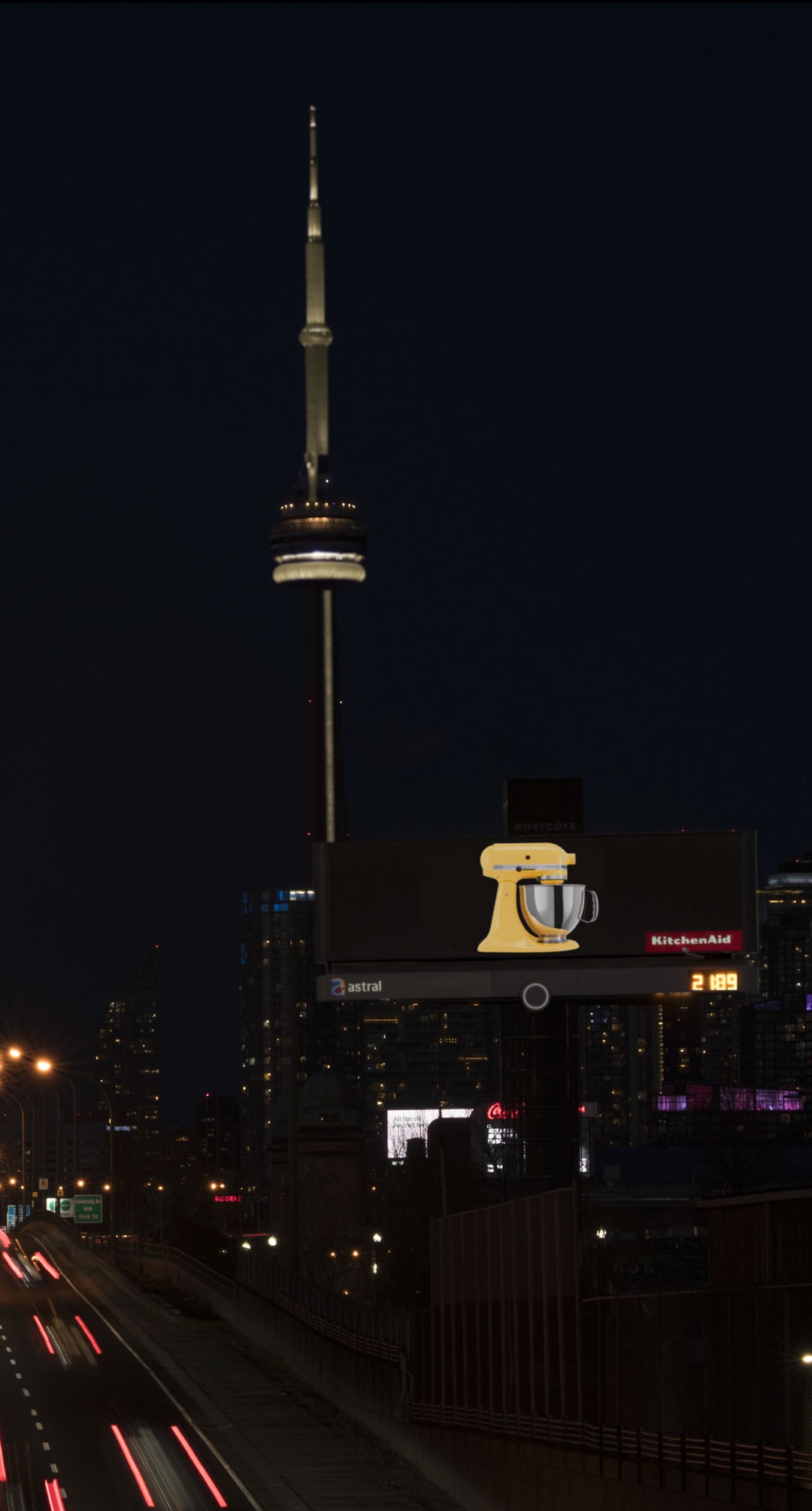 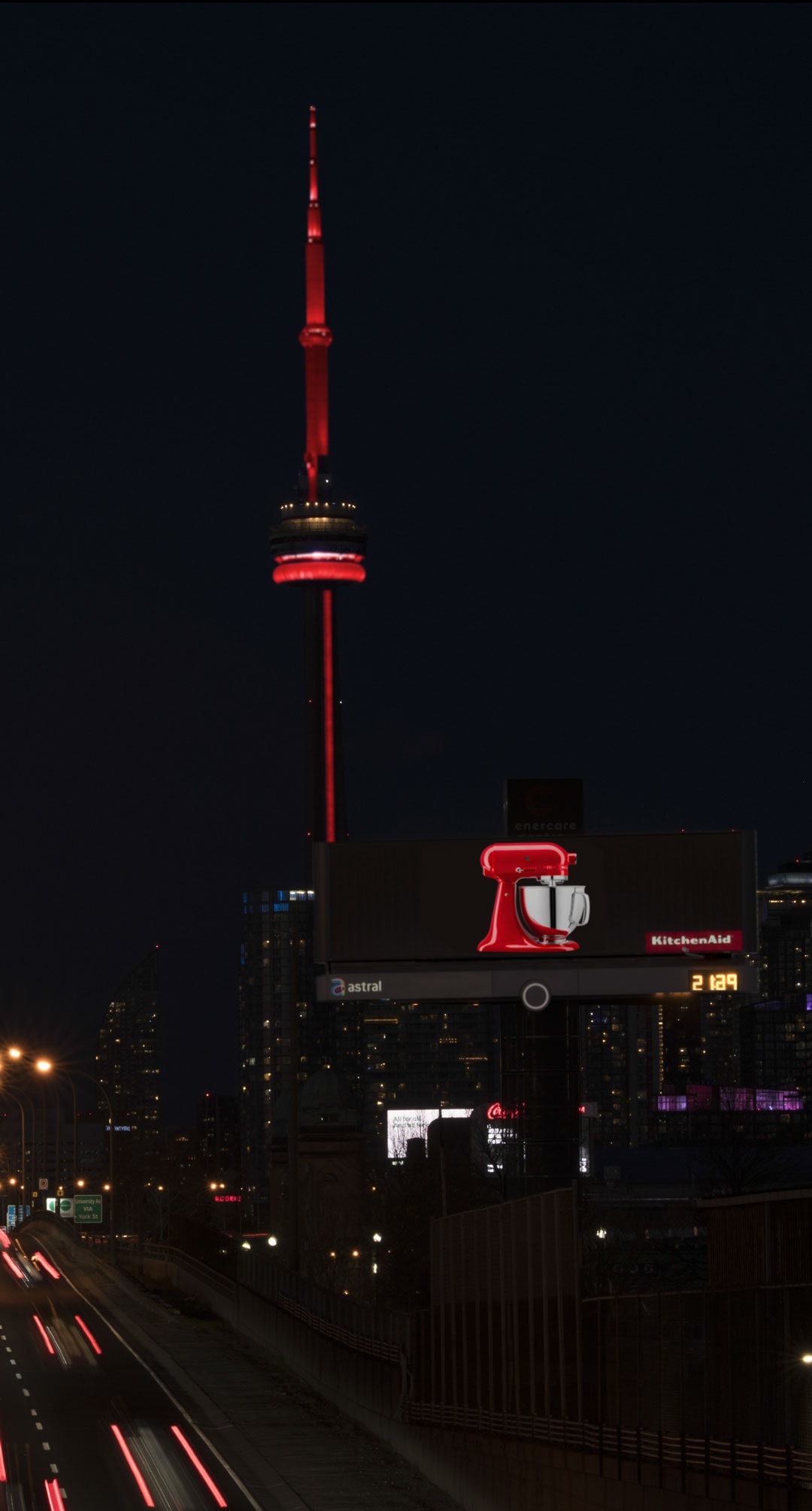