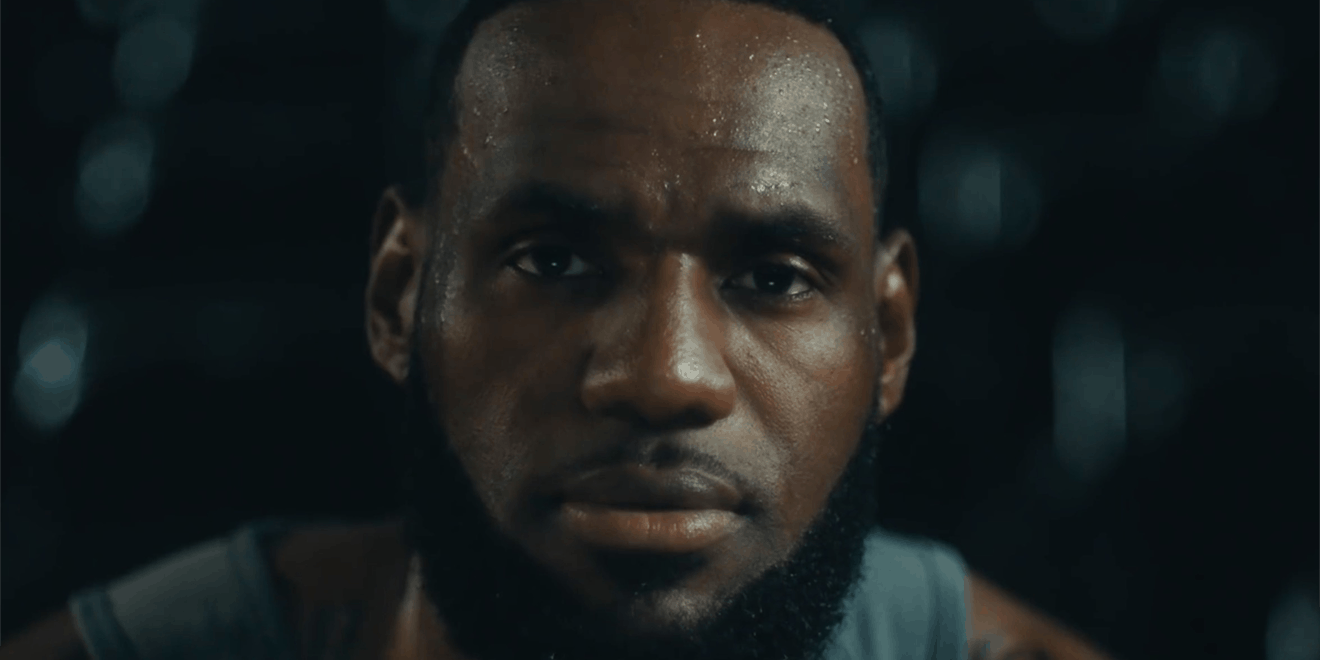 Seventeen years of impact on and off the court. Nike

In 2003, the basketball world focused on Akron, Ohio. No one had ever seen a high school player like LeBron James. The pressures of superstardom could crush many heralded young athletes, but James’ 17-year career managed to exceed even that exceptional hype.

There was no confusion about who would be the first pick in the 2003 NBA draft. That pick by the Cleveland Cavaliers was as sure a thing as any draft pick has been. And, throughout his career, James has demonstrated why he may be one of the best and most influential players in NBA history both on and off the court.

The Los Angeles Lakers star is inextricably linked to Nike and has helped the brand build one of its most profitable and robust product lines. In Nike’s latest spot, James ponders the oft-told story of how some superstars like himself emerged from “humble beginnings.” A sequential montage shows some key moments in James’ path, including the NBA title he helped the Cavs clinch and the school he opened in his hometown.

In the end, the ad from Wieden + Kennedy Portland—which also feels like a thank you to Nike—is a rallying cry to open more opportunities for youth and end the cycle of said “humble beginnings.”

Perhaps ironically, these 17 years with Nike weren’t a sure thing. A few months before the 2003 draft, plenty of drama ensued as apparel giants sparred over James. Almost everyone expected him to sign with Reebok; his agent said as much after the deal was done.

“It truly came down to which company LeBron was most comfortable with,” Aaron Goodwin, James’ agent told reporters. “Up until the end, I thought we were going with Reebok.”

In the 11th hour, Nike signed James to a seven-year deal worth close to $90 million.

“Reebok offered the higher deal,” said Darren Rovell, executive producer for Action Network, a sports betting analytics company, who broke the story of the original deal for ESPN. “For LeBron, the cachet of Nike ruled out over taking more of a chance with Reebok.”

So while it’s easy to look back at the James deal as a bargain, many at the time thought Nike had overpaid. It was said he signed a lifetime deal with Nike worth over $1 billion.

Much more than a basketball player

With James nearing the end of his career—although you wouldn’t know it by looking at his stats or the Lakers’ record—he has turned his attention to giving back. In 2018, James opened the I Promise school, a facility that took high-risk students and placed them in a more well-rounded educational environment. According to the New York Times, 90% of I Promise students hit their educational goals, and the school saw improved rankings in the 99th percentile.

While a new school can’t change decades of underfunding in urban educational systems, the immediate results of this new school are encouraging. In all, the I Promise program supports over 1,000 kids in the Akron area from third to tenth grades. All students who hit academic benchmarks will receive college scholarships to the University of Akron.

James faced more pressure as an 18-year-old than most people will in their lifetimes. As he’s been in the public spotlight his entire career, he is the gold standard for what an athlete-brand partnership could be.

“He’s never really gotten in trouble,” Rovell said. “His only issues were The Decision (when James announced he was leaving Cleveland for Miami in a widely-panned live broadcast) and one comment on China. Nike took a risk, and LeBron came through with flying colors. Not only did he become the player he became, but he became the person he is. He’s never gotten in trouble, and now he’s connected with altruistic ventures like the [I Promise Schools]. “

While James was an electrifying prospect, Nike couldn’t have projected him to end up on basketball’s Mount Rushmore while being a model brand spokesperson the whole way. Now LeBron has spent half his life with Nike, and the partnership is still going strong as he enters yet another phase of a storied career.