Gag gift of the year? 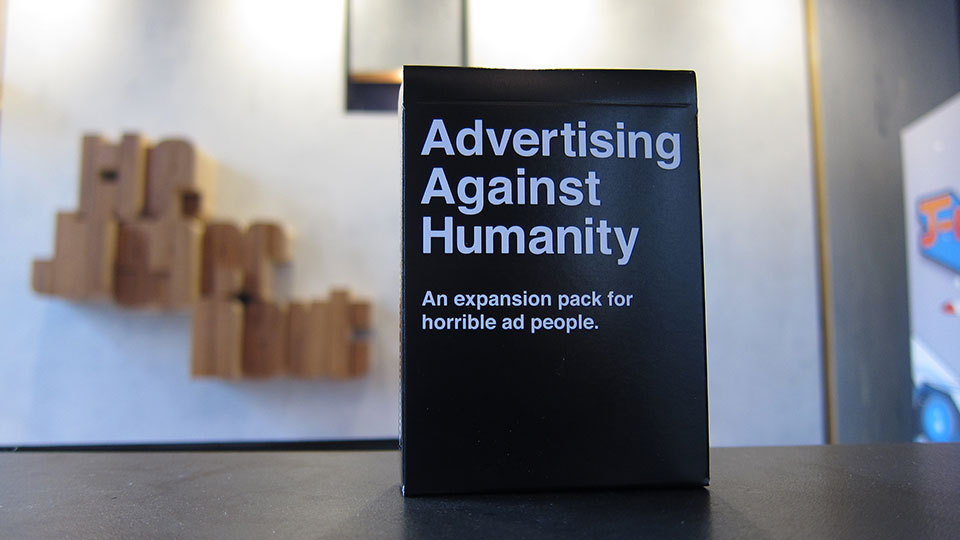 [UPDATE: Scroll to the bottom for info on how to get a pack.]

If you enjoy Cards Against Humanity, and you also happen to be a wretched advertising professional with no soul, you really need to get your grubby paws on this expansion pack.

The Juggernaut, a Toronto-based animation, design and visual effects studio, came up with Advertising Against Humanity—a CAH expansion pack "for horrible ad people"—and is giving them away as gifts this holiday. Incidentally, the cards themselves were written by Lyranda Martin-Evans and Travis Cowdy, who work at KBS+P Toronto. 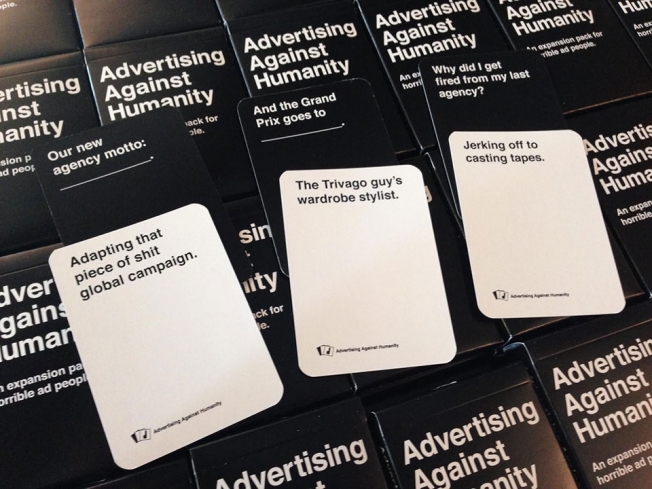 Not only do the cards themselves take hilarious pot shots at the industry, the packaging takes a jab, too:

"This is an expansion pack for the card game Cards Against Humanity. These cards are as despicable and offensive as the advertising industry itself. You might be all 'you guys ripped this off!' but how many ideas did you steal from Reddit this year?"

This year's other agency holiday cards will have a tough time topping this. 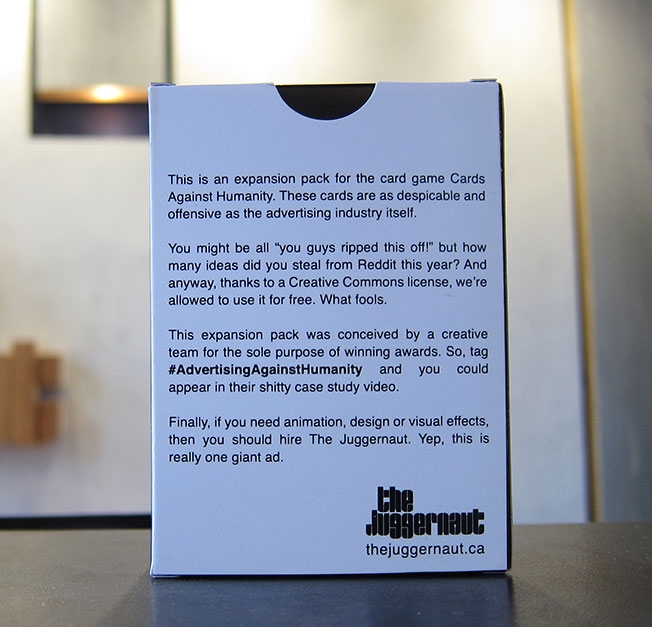 UPDATE: Interest in the AAH cards has been rabid, to say the least. So, all you horrible ad people who'd like a pack should contact Juggernaut directly. Visit the website and scroll to the very bottom for a special email address.

In the meantime, check out couple image of the cards from Instagram: 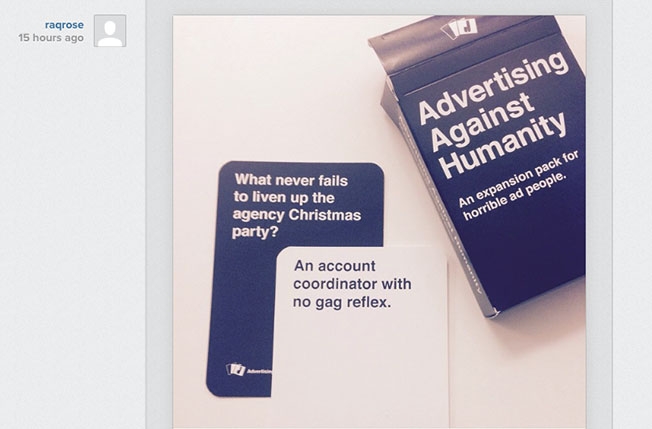