Harvey Nichols Won a Grand Prix in Film at Cannes. Here Are 7 Ads That Are Better

Winning with greed in a year of inspiration 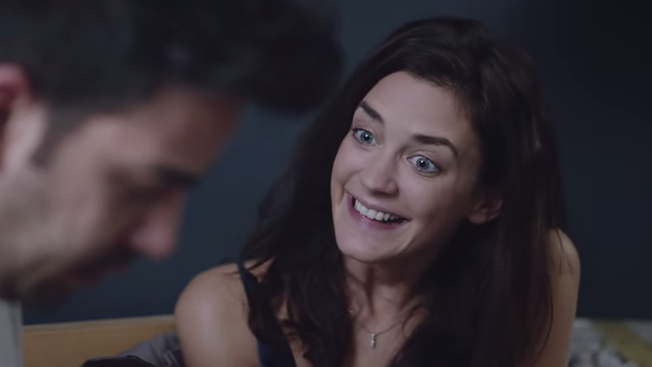 CANNES, France—All this past week, Cannes Lions judges and presenters talked endlessly about how the best ads are those that inspire and even improve the world.

So, why was the festival's most awarded campaign an unapologetic (if tongue-in-cheek) homage to selfishness and greed? One whose centerpiece video has a relatively meager 500,000 views on YouTube—and was, in fact, the only ad jeered by attendees at Saturday's awards show here?

The Harvey Nichols holiday campaign "Sorry, I Spent It on Myself" from agency adam&eveDDB took home no less than four Grand Prix, making it the second most awarded campaign in the festival's history. (McCann Melbourne set the record last year with five Grand Prix for "Dumb Ways to Die.")

The campaign centered on the creation of cheap products, such as gravel or rubber bands, sold in Harvey Nichols stores with the label "Sorry, I Spent It on Myself." The video showed customers giving these crap gifts to relatives and loved ones at Christmas while enjoying expensive clothing and handbags for themselves.

It's a good campaign, and may well have deserved the Integrated Grand Prix. But it also won the Press Grand Prix, the Promo & Activation Grand Prix and a Film Grand Prix—one of two awarded in that category, along with Volvo Trucks' "Epic Split." And it's that Grand Prix in Film—where it bested some truly powerful and popular pieces of cinematography—that's the real head-scratcher.

At a press conference Saturday afternoon, the Film Lions judges gushed about the spot's "boldness" but struggled to explain how it merited such lofty accolades. I asked them how it could possibly have been a unanimous selection as one of the two best pieces of advertising film in the past year.

"To take greed and make people laugh and smile about it is, I think, incredibly difficult," said jury member Pete Favat, chief creative officer of Deutsch L.A. "And as a film, it's a perfect piece of film."

I disagree, and it was clear I wasn't alone when, during a screening of the ad at Saturday's big awards ceremony, some derisive whistling could be heard.

To illustrate why its Grand Prix selection was so baffling, we've decided to highlight some of the work it beat for the top spot. You might not agree that any one of them was Grand Prix material, but you'd be hard pressed to argue that they're lesser films.

Below are our picks for seven ads that could have, and should have, ranked higher than Harvey Nichols:

Somehow this stellar piece of cinematography only won a silver Lion in Film. French journalists told me they felt the video was largely snubbed at Cannes where it was shortlisted in Film Craft but awarded no Lion in that category.

While this viral juggernaut with nearly 85 million views has its share of critics, it's hard to deny it was one of the most compelling, talked-about and just plain interesting videos of the year. Judges clearly liked it quite a bit, awarding it bronze and gold Lions in Film and a bronze in Film Craft.

Surprising, funny, perfectly crafted. It's just so damn good. Judges liked it enough to give it a gold Lion in Film.

A real story, told really well. This piece starring a super-stylish group of Congolese gentlemen won a silver Lion in Film and a bronze Lion in Film Craft.