H. Jon Benjamin, the Voice of Archer and Bob’s Burgers, Is Now Also the Face of Arby’s 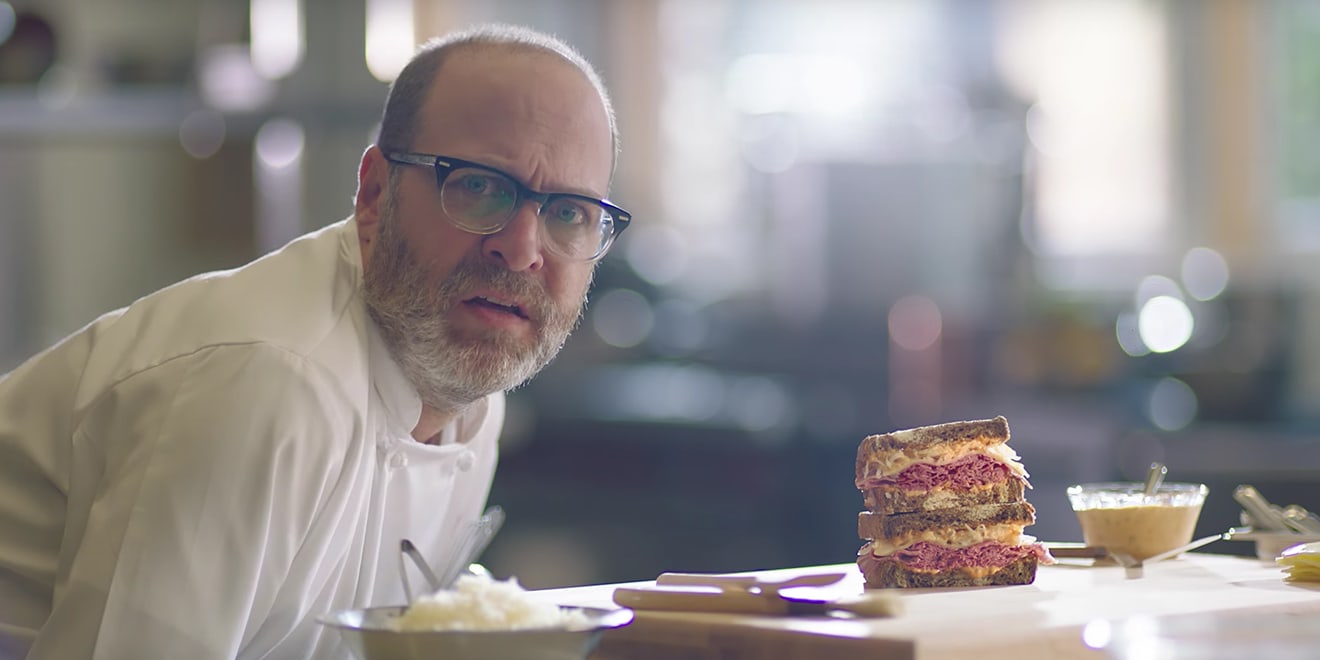 You know his distinctive baritone voice, especially if you’re a fan of animated super-spy Sterling Archer or the can of mixed vegetables in Wet Hot American Summer, but rarely do you see H. Jon Benjamin in the flesh, outside of late-night TV chat shows or his recent stint on Master of None.

But the beloved actor-comedian (Archer, Bob’s Burgers, Family Guy, Aqua Teen Hunger Force) has a new gig—and a senior management title to go with it—as a spokesperson for Arby’s. He’s donned chef’s garb and become “Head of Sandwiches” to stress that the fast-food chain offers more than its signature roast beef these days.

That’s all your grandparents ever ordered at Arby’s (or all they ever ate 24/7), he says in a new spot from Fallon, but times have changed, with the restaurant featuring smoked brisket, double-decker Reubens and more than a dozen other varieties of protein-and-carb combos. (There’s probably no hope for a switch in grandpa’s diet, but, it’s okay, he can still get the flagship meal.)

Consumers can be forgiven for not knowing about the breadth of Arby’s menu, he says. In fact, they could be thrown off by the iconic 60-foot hat-shaped signs that declare: “Arby’s Roast Beef Sandwich is Delicious.” Could this be a case of successful marketing actually working against a brand? He leaves the question unanswered, but his meaning is clear.

Since self-deprecation is part of the Arby’s playbook, these new commercials continue the theme, with Benjamin bringing a light touch to the restaurant’s referential advertising (and is a departure from his usual sardonic humor).