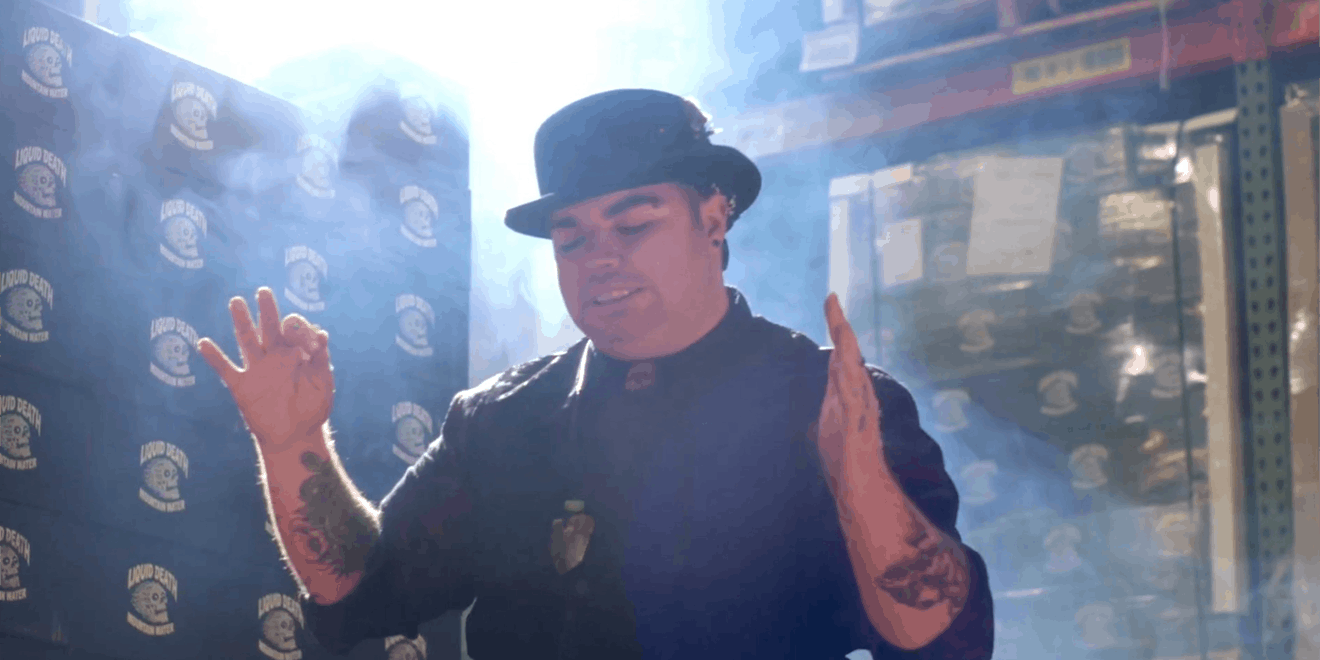 Drinking water is good for you—just ask your doctor. But guzzling a new Austrian brand of H2O called Liquid Death could be hazardous to your health, according to a witch doctor.

Executives at the self-styled punk rock brand of canned water, touted as an alternative to energy drinks and soda, have pulled a sinister-sounding prank just in time for Halloween. They hired a “real witch doctor”—a guy named Mystic Dylan from North Hollywood, Calif.—to cast a spell on their inventory.

Anyone who consumes it will be “a magnet for demons,” according to the cheeky campaign. Thirsty yet?

Paranoid (but determined) consumers can undo the curse for the low price of 99 cents and then, presumably, sip in peace. Those who don’t want to fork over the extra buck will just have to take their chances because, per Liquid Death’s disclaimer, the company is “not responsible for what the demons do to you.”

“Certified Cursed for October,” with a video showing the dark ritual that put the evil whammy on the product, is Liquid Death’s most recent attention grab, from independent agency Party Land. It’s a follow-up of sorts to a comically violent, intentionally over-the-top animated video from May that racked up 1.2 million views on YouTube and Facebook. (Tagline: “Murder your thirst.”)

That brings his haul to $2.25 million to date for water that’s sold in tallboy cans with gothic package designs inspired by craft beer. The drink is priced at $1.83 per can, according to the company website, with 5 cents from every sale donated to plastic cleanup efforts.

The Los Angeles-based DTC brand, with distribution in a few hundred coffee shops, bars and convenience stores, promotes its in-your-face personality and sustainability in equal measure. It aims to chip away at the Red Bulls, Monsters and Mountain Dews of the world in a bottled water category expected to reach $24 billion in sales by 2022, according to the Beverage Marketing Corp.

Execs wanted to play with the idea of superstition, hiring a psychic known as Mystic Dylan for the creepy seasonal stunt. (The spiritualist advertises tarot card and bone readings, space cleansing and custom spell work on his website.)

“We like artists who make you think, or who play with established beliefs, or whose work creates an emotional reaction. So we like bringing some of that into our brand and marketing so it feels less like marketing,” Cessario said. “We like dancing on that tightrope where it makes people a little uncomfortable, yet it still has the ability to be very entertaining.”