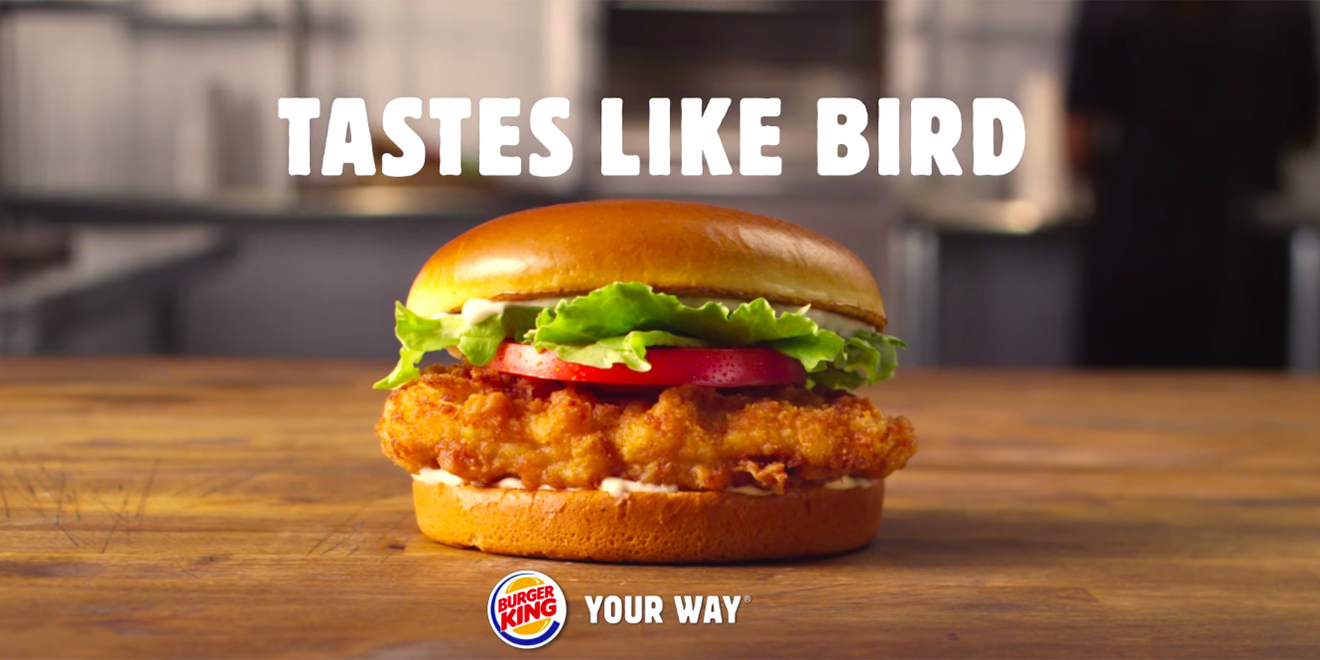 “The Whopper lives in a bun mansion—just like you.”

Unless you’re Sir Mix-a-Lot, that’s probably not literally true. But hey, when your ad’s copywriter is an artificial intelligence, you have to give it some credit for trying to connect with us weirdo organ-sack humans.

Burger King’s newest TV ad campaign claims each spot was “created by artificial intelligence,” an explanation that precedes some truly bizarre voice-overs, such as, “Bed of lettuce for you to sleep on, bed of mayonnaise for extra sleep,” and, “Burger King logo’s chicken is the new potato.”

In a statement announcing the campaign—which will air during prime time on cable networks including MTV, History, TBS, Adult Swim and E!—the brand refers to as the creation of “a new deep learning algorithm that could give a glimpse into what the future of marketing and communications could look like.”

Is that true? No. It’s all one big joke at AI’s expense. But the laughs are real:

“AI, bots, machine learning, deep learning algorithms, blockchain, among others—these are all topical as we explore our future in marketing,” says Marcelo Pascoa, Burger King’s global head of brand marketing. “But we need to avoid getting lost in the sea of technology innovation and buzzwords and forget what really matters. And that’s the idea. Artificial intelligence is not a substitute for a great creative idea coming from a real person.”

"Artificial intelligence is not a substitute for a great creative idea coming from a real person."
Marcelo Pascoa, global head of brand marketing, Burger King

The real people behind the ad are the creatives at agency David Miami, the shop behind several of Burger King’s most popular marketing stunts, including “Whopper Neutrality” and “Google Home of the Whopper.”

Congratulations, humans of David. You’ve staved off marketing’s machine uprising for at least a few more days. Use your time wisely, for when the robots come, they will not remember you fondly.