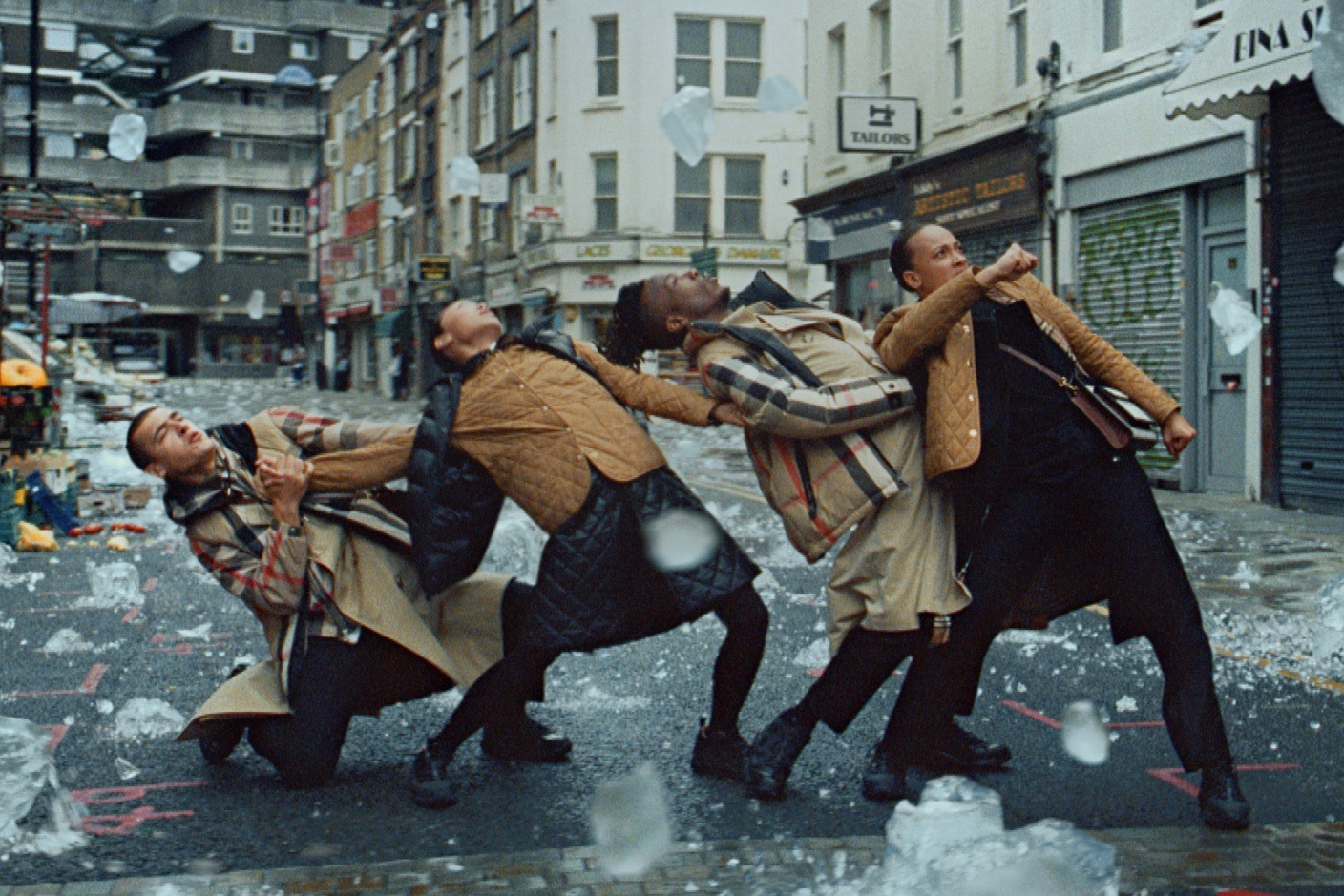 If you’ve ever been to London and spent time away from the manicured tourist attractions, then you’ll know that the bulk of the real capital is made up of gloriously gray, gritty streets bustling with market stalls, coffee shops, takeouts and noise.

British fashion giant Burberry perfectly captures that magical urban energy in its latest two-minute film created by Riff Raff Films with creative direction from Megaforce, a four-person French filmmaking collective. The spot is a modern, high-energy re-imagination of the famous Singin’ in the Rain dance routine from the 1952 American musical of the same name.

Set on a bleak winter’s day, Britain’s famously inclement weather is exaggerated by gigantic hailstones that a troupe of impeccably dressed Burberry-clad dancers use as props to dodge and throw.

The creators found inspiration by digging though Burberry’s history.

“The founder, Thomas Burberry, created innovative weatherproof clothing that was used by polar explorers, which gave us this idea of a story that saw its characters braving the elements with ease,” according to a statement from Megaforce. “That iconic scene from the film Singin’ in the Rain came to our minds, so we wanted to draw inspiration from it and make a version that speaks for our times.

“This year has been tough for us all, so we wanted to push the metaphor and transformed the rain to ice blocks. … We also changed the narrative from a single character to a group of friends because going through the adversity is a thing that we’d better do together.”

Matthew Fone, owner of Riff Faff Films, added: “The most pleasing thing for me about this collaboration is how Megaforce took the brief of capturing what Burberry stands for today alongside its prominent heritage—and made a festive film that encapsulates the notion of both, in a simple metaphor of adversity in their own, inimitable way, no baubles.”