AI Is Not Quite There Yet, Say These Creepy-Fun Insurance Ads

Maybe a human would do better? 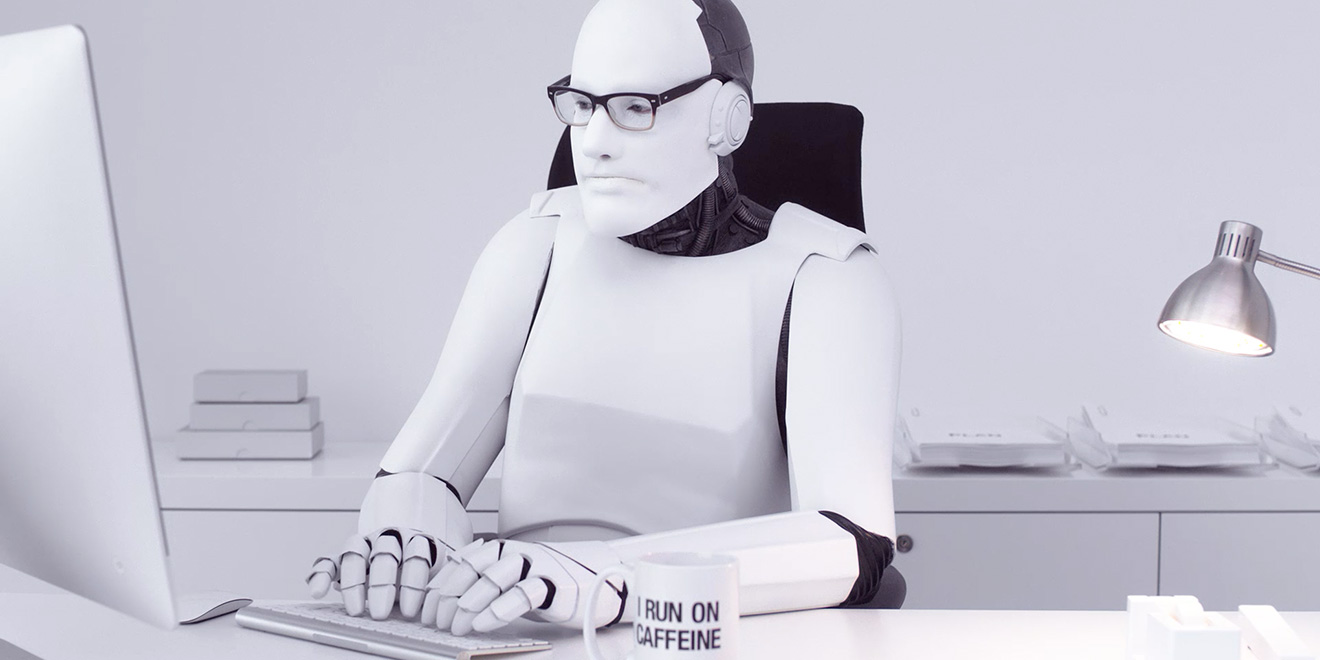 Shopping for insurance online can feel so impersonal, it’s like trying to connect emotionally with a robot, says a new campaign from a firm promising a more human touch.

In two 30-second TV ads from Farm Bureau Financial Services and The Richards Group, a distracted android plays the comic villain, representing a generic “Insurance Corporation.” In one, a man comes into the sterile white office to upgrade his policy in light of his daughter getting her driver’s license. Clearly excited, he makes the mistake of expressing wonder at how fast she’s grown up.

“Incorrect. All humans age at the same rate,” says the computerized agent, clacking away at its keyboard. It finishes the task quickly, and rushes the man out, looking quizzically at his outstretched hand.

In the second, a young couple stop by with their newborn, interested in life insurance and covering a new car. The bot rattles off canned compliments, hands them a plan, and waves them off—repeatedly.

It’s a tidy if arguably technophobic little metaphor for the frustration of dealing with online actuarial math that might not seem to reflect the specifics of a person’s situation (or a service representative that might not make the buyer feel safe, even if they’re covered). The apparent wariness of over-reliance on computers adds to the retro, old-timey, down-to-earth vibe of the TV spots, clearly deliberate (though the marketer also emphasizes it believes in using technology to improve the insurance buying process).

Farm Bureau Financial Services offers policies largely in the Midwest and Southwest, as well as some Northwestern states. The campaign launches March 5 and will appear in Arizona, Iowa, Kansas, Minnesota, Nebraska, New Mexico, South Dakota and Utah on media including broadcast and digital channels. Print, out-of-home and web ads promise human agents who’ll get to know customers, versus algorithms that won’t. Two radio ads accomplish similar, in dramatic form, as voiced by the robot.

Named AL, short for Algorithm, the bot is, naturally, the best part, coming across on-screen as something like the persnickety desk-jockey automaton cousin of a Star Wars Stormtrooper. Putting an actor in a robot suit helps evoke those real-life paper-pushers who actually do seem inhuman. But his stiff movements and subtly superior demeanor do a good job of balancing Uncanny Valley vibes with a persuasively—that is, realistically—obnoxious performance.

The glasses, though, really make the outfit.