Why Brands Need to Skip the Ads and Start Telling Stories

Don’t get in the way of what consumers want, be what they want 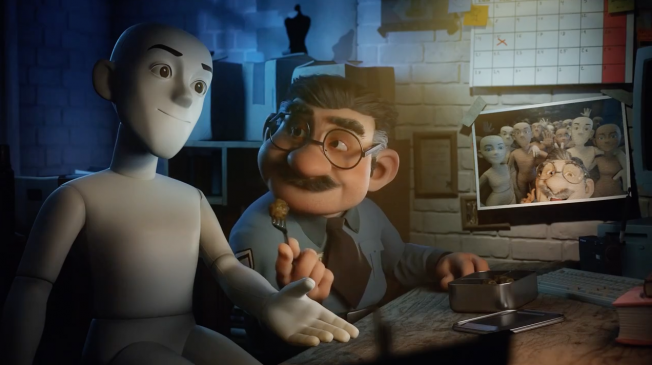 You can skip this ad in 5, 4, 3, 2, 1 … skip ad. C'mon, you know you want to. We all do. While the stats vary, there's evidence that around nine out of 10 people who can skip an ad do—whether by hitting the "skip ad" button online or fast-forwarding through a commercial break while watching time-shifted programming. The online countdown clock that accompanies many preroll spots is one of the more honest things to ever happen to advertising. It's the most explicit admission yet that advertising isn't something you want; it's something in the way of what you want.

Not all advertising, of course. The best and most celebrated ads have always been those that tell great stories because the best creatives know the key to winning over consumers is to share stories that are worthy of their time. It's a simple human fact: We are all suckers for a great, well-told story, whether that's Ridley Scott's The Martian or Ridley Scott's 1984 commercial for Apple. More recently, Leo Burnett Madrid entranced 5 million viewers with, of all things, a Pixar-caliber lottery ad.

Audiences have always had the power to skip ads. Those of us old enough to remember a world without remote controls know that skipping ads was as simple as heading to the kitchen for a snack during the commercial break. Or heading to the bathroom to, um, fix your hair.

If we're in search of a narrative thread, the last 20 years in this business have been about one thing: consumer empowerment.

TiVo broke the stranglehold of network TV programmers. The iPod destroyed the tyranny of the album and sent us straight to the song we wanted. Every new media technology that has come along since has only increased the power of the person.

Even the technologies we don't like. Some 200 million people around the world employ ad blockers to rid their feeds of thousands of ads every month. The IAB and others decry the motives of for-profit ad blockers. But even as they try to shoot the messenger, brands and publishers can't avoid the message: People block ads because advertising has become more annoying and less tolerable.

While ad avoidance has always been an issue, there's a reason we were able to largely ignore it for decades. Advertising was viewed by many as a necessary evil, the price consumers paid to access free content. Some brands smugly believed they could never lose their seat at the table because they presumed consumers would never pay for content and would rely on brands to subsidize their media diets. Wrong.

Just ask Netflix. Hulu. Amazon. Seeso. Vessel. Spotify Premium. YouTube Red. Fullscreen. Audiences have shown they are willing to pay for quality content, especially if those payments make the ads disappear. Some subscription services don't even offer exclusive content to paid subscribers; the sole benefit of ponying up a couple of dollars per month is the elimination of ads.

The end result of all these factors: We now consume only what we want, when we want, where we want and how we want it. And if we want it. That's a good thing for audiences.

But it hasn't been a good thing for advertisers because it diminishes a brand's ability to interrupt the content we're trying to consume so they can tell us how great they are.

The more we block them, the more they come flooding in with daily messages that greet us on every surface and every screen. Yet, the flood of logos seems less like proof that advertising remains a powerful cultural force and more like a desperate attempt by advertisers to diminish the power technology has bestowed on consumers.

So consumer empowerment has been a good thing for audiences but not brands. Or, is it?

Maybe audiences aren't the only ones who benefit by skipping ads. Maybe smart brands and marketers also want to skip ads, skip making them and skip shoving them down our throats.

Maybe "skip ads" isn't a negative, but a positive statement. Because when you skip ads, you can do so much more: Skip ads and tell stories, entertain, educate, inspire and touch lives. Skip ads and win hearts. Don't get in the way of what they want. Be what they want.

On the eve of the 2016 Digital Content NewFronts (Monday, May 2 to Thursday, May 12) during which digital video is showcased, the postadvertising world is taking shape. This is a good thing. Nearly every media company—CNN, The New York Times, AOL, iHeart Media, Vox, Condé Nast and on and on—now operates some version of a brand lab to co-create original content in partnership with brands. TV networks from NBC to TBS and the new Viceland are filling some commercial breaks with long-form branded content instead of 30-second spots.

Brands such as Red Bull, GE, Marriott, Pepsi, Taco Bell and more are making significant investments in content studios designed to fund original programming to compete with the best of what TV and the web have to offer.

As the quality of brand-inspired content rises, so does industry recognition. This year, the Tribeca Film Festival launched the X Prize, which festival co-founder Jane Rosenthal said is designed to recognize that brands now serve as financiers and studios, and to "celebrate the high-quality, provocative storytelling that comes from brand and artist collaborations." And Digital Storytelling at Sundance, with its inaugural year last year, is working with partners, including Adweek, to grow significantly in year two. It's also focused on how data-informed brand storytelling can break through the interruptive ad model blockade.

At the same time, new technologies and platforms—from virtual reality to live video—are transforming the way stories are created, distributed, consumed and shared.

Scott Donaton (@sdonaton) is chief content officer, Digitas Studios, which will present at this year's Digital Content NewFronts on Thursday, May 5.