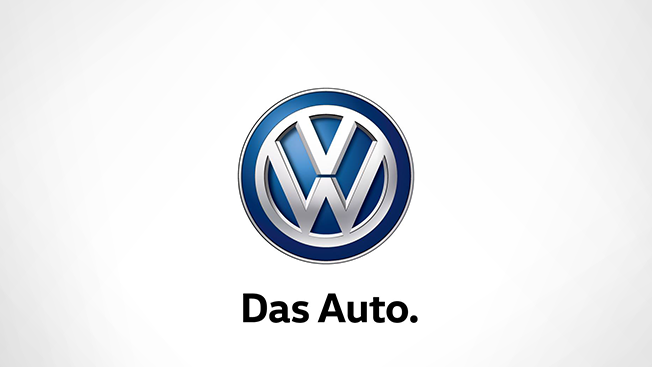 Seeking an image overhaul as it struggles to recover from an ongoing emissions scandal, Volkswagen is giving its iconic "Das Auto" tagline the boot.

The global slogan, which has been around for nearly a decade and translates to, simply, "The Car," won't appear in marketing campaigns moving forward. Instead, upcoming ads will use the "Volkswagen" moniker itself as a tagline.

"Wherever our logo appears in future, it will be backed by the new brand slogan 'Volkswagen,'" a VW representative told Reuters. "The slogan will be rolled out in stages across the world."

VW stopped short of saying "Das Auto" was gone forever. Even so, company executives apparently believe it is too pretentious given the brands current travails, and favor a more modest approach for the forseeable future.

Of course, VW has taken a beating since September, when news broke that the German automaker concealed the level of emissions in its diesel models by using a sensor and software that reported false data. The scandal soon spread to its Audi nameplate as well. Overall, VW has been roundly panned for its handling of the crisis, and sales in some markets have also begun to slide.

"Not sure it matters all that much," said Edward Boches, a Boston University advertising professor and former Mullen Lowe chief creative officer who occasionally writes for Adweek. Any new tagline or repositioning will come under intense scrutiny, evaluated in light of the emissions debacle, he said.

Robert Passikoff, founder and president of consultancy Brand Keys, dismissed VW's move away from "Das Auto" as "Not much of an idea at all — cosmetic at best," adding that they "blew the believability tire" regardless of how the company attempts to rebrand.

Even so, keeping a slogan that readily inspires parody wouldn't help matters. "'Das Auto' sure lends itself to a meme of 'Das auto that (blanks) its customers,'" said Boches. "Fill in whatever profane verb you want."