Dentsu Aegis Is Diving Deeper Into Data, Acquiring a Majority Stake in Merkle 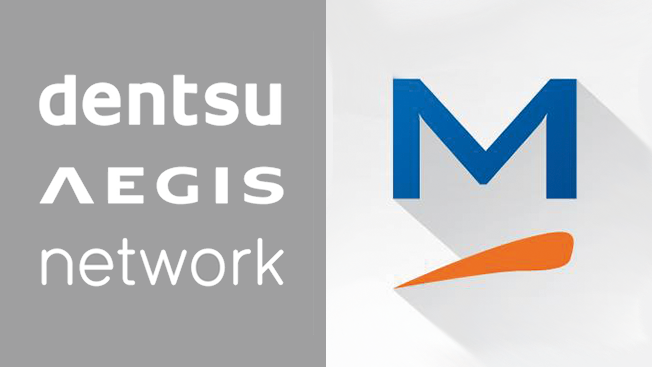 Dentsu Aegis, the advertising world's fifth-largest holding company by global revenue, doubled down on data as its key differentiator today by acquiring a majority stake in the privately held, Maryland-based performance marketing agency, Merkle. Analysts estimate the deal, which will be completed by September with Merkle chairman and CEO David Williams, his management team and employees retaining "a significant minority interest," is worth approximately $1 billion.

Merkle is currently the largest company in the U.S. dedicated to digital, search and CRM (customer relationship management) data services, and Dentsu aims to use the acquisition to compete more directly with larger, more traditionally structured holding companies.

"Many outside of the U.S. will be unfamiliar with Merkle, yet it is one of the largest independent agencies in the U.S.," said Mark Williams, a mergers and acquisitions specialist at London-based advisory firm Results International. Merkle currently boasts 650 clients and 3,400 employees in 21 offices around the world. The company generated $436 million in revenue last year but is not yet a household name within the larger marketing industry. Williams thinks that will change soon.

In short, Merkle will empower all of Dentsu's agencies—including Carat, mcgarrybowen, 360i and Isobar—to more effectively utilize their own stores of client and consumer data. "The most additive [aspect of the acquisition] is a strong business building and managing marketing databases and doing all associated analytics," said Andy Frawley, CEO of global marketing company Epsilon.

Frawley, whose company has competed against Merkle in the past, told Adweek Dentsu's strategy appears to be a mirror image of Epsilon's own plan to combine data-focused services with more traditional creative work. (Epsilon recently won creative agency-of-record duties for Del Monte in another sign of the shifting relationship between data-based marketing and traditional advertising.)

"[We] went in the other direction by buying ad agencies," Frawley said, adding, "I think there's a convergence of traditional holding companies wanting to have better data."

All of the industry's biggest holding companies have made significant investments in data-based businesses recently. In March, Publicis Groupe announced the launch of "Sapient Inside," an initiative that will embed teams of data analysts at each of its creative agencies in an attempt to compete more directly with consultancies like Deloitte and Accenture that are increasingly pitching against traditional agencies for new business. Martin Sorrell of WPP also strongly defended his company's renewed focus on data at this year's Guardian Changing Media Summit, telling attendees, "We're not in the advertising business anymore," despite the complaints of creatives like BBH chairman John Hegarty who are frustrated by a perceived overabundance of spreadsheets and statistics.

According to Frawley, this move puts Dentsu well ahead of its competitors on the data front. "Other companies do not have anything on the size and scale of Merkle," he said, adding, "Lots of clients will use Merkle's services."

Williams argues that the acquisition will also be very beneficial for Merkle, helping the company establish a more robust presence in the Asian and European markets where Dentsu has long established operations.

"It's no secret that Dentus Aegis is sitting on a large war chest, and this acquisition is a brilliant choice, giving the network real scale and breadth and continued diversity outside of its Asian homeland," he said.

Frawley noted that Merkle's services, expansive though they may be, still focus primarily on client databases rather than third-party data sets including personal data from everyday consumers. "One of our bigger investments was to take our third-party data assets [which originally came from direct mail] and use them to enhance our ability to know and understand consumers on an individual purchase and behavioral level," he said. "We have a database for everyone in North America—not just who they are but where they're spending their money."

Expect news of more such acquisitions as the major holding companies attempt to maintain their competitive edge for media and creative new business pitches.