Ad of the Day: Organic Valley Punks NYC With a Coffee Shop That Sells Only Half-and-Half

And these trendy New Yorkers lapped it up 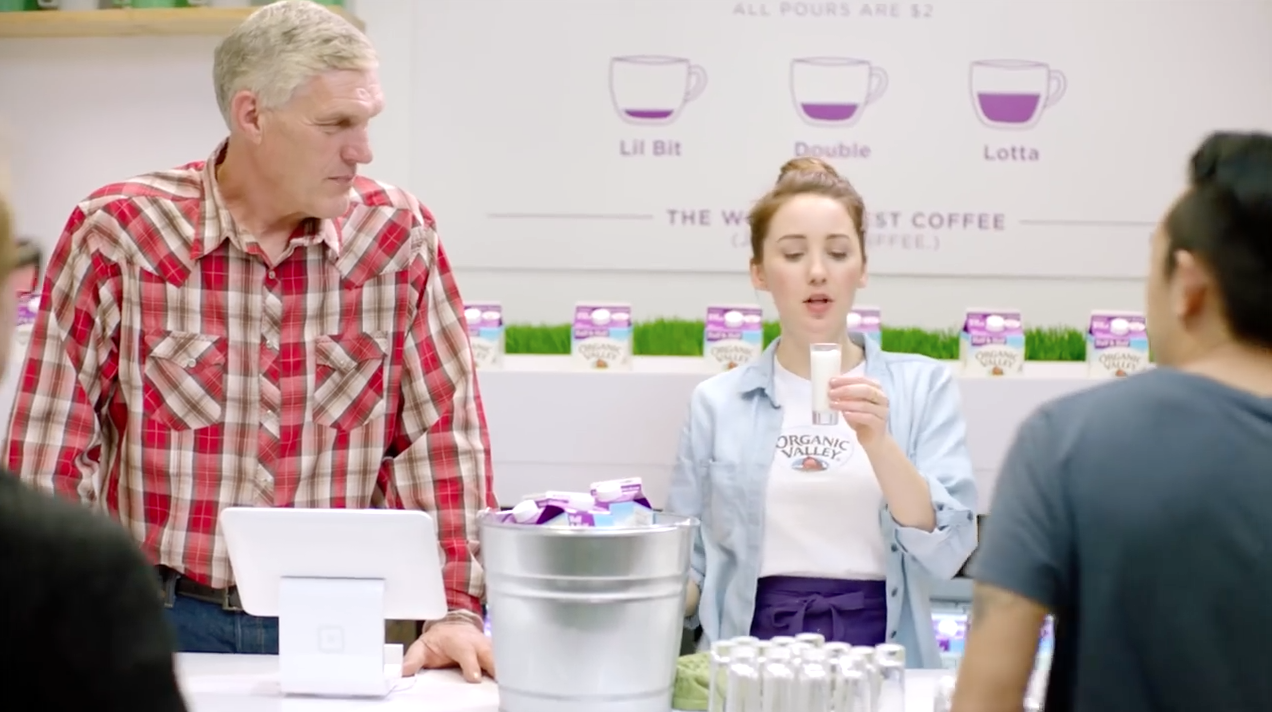 The cream keeps rising to the top at Organic Valley.

After earlier hit ads like "Saving the Bros" and "Real Morning Report," the brand really milks it in a new spot by having one of its dairy farmers, Gerrit van Tol, open a peculiar pop-up store on Elizabeth Street in Manhattan and do business for a single weekend last month.

Spoofing the hipster coffee-house/artisinal-maker mindset, the store specialized in Organic Valley Half & Half, treating the oft-overlooked mixture as if it were a premier caffeinated beverage. Customers could even order their H&H in three "trendy" sizes: Lil Bit, Double and Lotta. (In your face, Starbucks!)

"It's pretty obvious coffee culture has become a parody of itself, considering how seriously it takes itself," David Littlejohn, creative chief at Humanaut, which crafted the campaign (as well as Organic Valley's earlier lauded efforts), tells Adweek. "The truth is, Organic Valley dairy farmers have the same amount of craft and passion for their product, but they would never talk about organic milk with the same level of pretension. We knew there was a funny tension between farmers and baristas we could play with."

In the store, the coffee itself was placed off to the side in stainless steel carafes, and available free of charge—just like milk, cream and, yes, half-and-half are in more traditional cafes.

"What surprised us most is that people didn't seem that thrown off or confused by a coffee shop that only sold organic half-and-half," says Littlejohn. "No one had a problem paying $2 for a pour of organic half-and-half. In the end, the idea wasn't as crazy as we thought it was."

Well, that's New York for you. Anything that costs only $2 just flies off the shelf.

Actually, the campaign's central joke is stretched a bit thin, and poking fun at big-city coffee culture feels too easy. Still, Organic Valley earns Gold Level Stars for scale. Opening a physical store that sells half-and-half was a delicious conceit—and to stretch a metaphor, casting Farmer Gerrit was like the heart-shaped foam on top.

In his first trip to New York City, the dude really pours his heart into the barista role, exuding a folksy charm while casually tossing off some great lines. These include, "We're gonna need one of those modern logos with an X in it, or some arrows," and best of all, as he surveys the local street scene: "I just saw a girl carrying a ukulele!"

Yeah, but how you gonna keep 'em down on the farm after they've seen Nolita?