Ad of the Day: Kobe Byrant Spars With Michael B. Jordan in Hilarious Ad for Apple TV 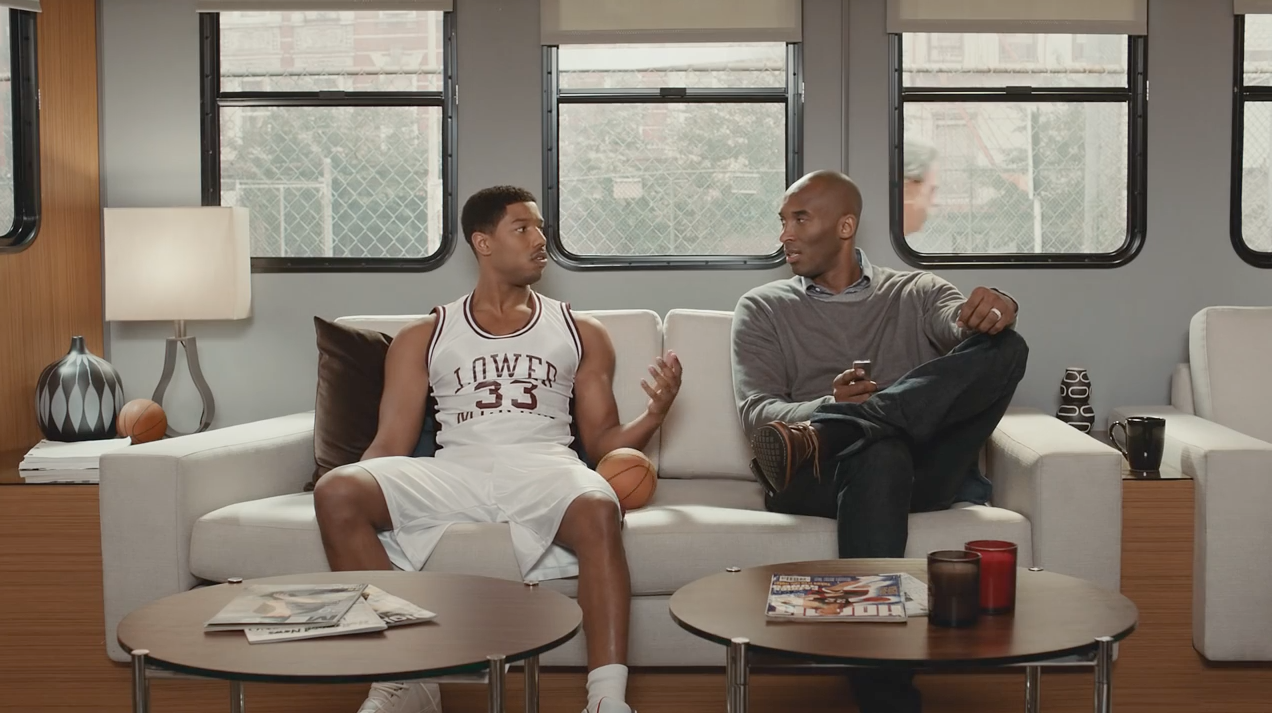 As Kobe Bryant prepares to play his final NBA game this Wednesday, the tributes to the legendary Los Angeles Laker keep pouring in, including from brands. And while some of the Kobe commercials are sober and serious, others recognize the guy's decent comic timing and history of amusing ads—and are going for laughs.

The best of the latter category will almost certainly be this new Apple TV spot from TBWA\Media Arts Lab, costarring Creed actor Michael B. Jordan. The setting, once again, is a Hollywood movie-production trailer—just as it was in the previous Apple TV spot which broke a few weeks ago, starring Alison Brie and Nikolaj Coster-Waldau.

The plot soon becomes clear: Jordan is preparing to play Bryant in a movie. But the two begin to disagree, to say the least, about whether the biopic is about a rising star who never stopped rising, or an aging athlete suffering an inevitable decline.

This could be the most laugh-out-loud commercial Apple has ever made. And it's very skillfully done—celebrating Bryant's larger-than-life career, while at the same time, hilariously cutting him down to size. The Apple TV product features are seamlessly presented, too, making for a very entertaining 60 seconds.

Jordan shines in the role of dedicated thespian oblivious to the traditional coddling of the biopic subject—no surprise there, given he's one of the great talents of his generation. But Bryant also acquits himself well. He's done comic spots before, of course, and generally does well when he has someone to play off—as in the hugely popular Turkish Airlines spot with Lionel Messi, which is one of the most-watched ads ever made.

Apple, too, has found fertile ground in this series of spots. This is a brand whose products used to be the only celebrity stars in its advertising ("Think Different" aside). But clearly it's loosened up a bit, and learned to play off pop culture more—a wise move in pushing a product that brings all manner of pop culture to the user.