Ad of the Day: Flashdance Fans Will Flip for This Frolicking French Spray Cleaner Ad

Cillit Bang's 'maniac' will get you pumped for spring cleaning 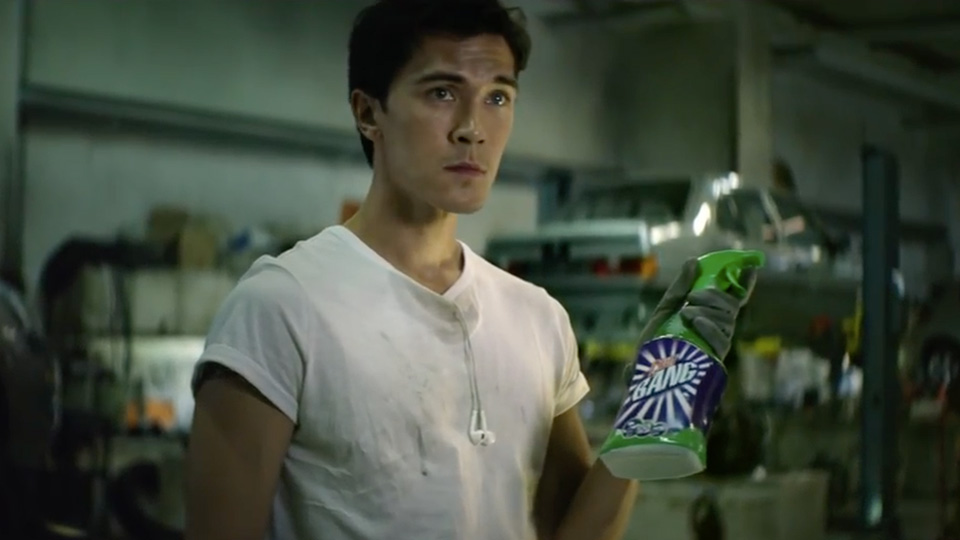 "Maniac," the infuriatingly catchy tune from the seminal '80s flick Flashdance, provides the soundtrack for this very memorable spot from BETC Paris.

In the film, Jennifer Beals—just a steel town girl on a Saturday night!—displays some supremely sexy high-steppin'. (Or her body double does, at any rate.) In this case, dancer Daniel Cloud Campos struts his stuff as "The Mechanic."

Tasked with cleaning a grungy garage, our hero adjusts his earbuds, grabs a Cillit Bang spray bottle, and proceeds to buff, polish and generally sanitize the place from top to bottom. All while busting some furious moves. Because he's a mechanic. And a maniac. (And perhaps a tad fixated on cleanliness, too.)

The client calls it "Cleantertainment," a way to bring the tagline, "Almost makes cleaning exciting," to life, which the 90-second film breathlessly succeeds in doing.

"We watched YouTube videos of people singing while cleaning their homes, clearly enjoying themselves," BETC chief creative officer and president Stéphane Xiberras tells Adweek. "We thought that was funny, as people always complain that cleaning is such a chore, but actually we sometimes find it rather satisfying."

The basic premise for "The Mechanic" sprang from that notion and led to an especially complex week-long shoot. "Initially, Cloud was just meant to be the choreographer," Xiberras says. "Imagine being a dancer and trying to imitate his moves? Impossible! At one point we all just said, 'It has to be him, or we'll regret it for the rest of our lives!' "

Late in the game, Cloud sustained an injury as the cameras rolled—it can happen when you're walking up walls and dancing on ceilings—"and we couldn't shoot anymore," Xiberras says. "Luckily it was in the end and not on the first day."

In case you wondered whether Cloud is actually capable of walking up walls and ceilings, Xiberras adds: "Ninety percent [of what you see] is real. The only postproduction consisted of erasing Cloud's safety cables and the 'sweep' when the garage goes from dirty to clean. The jump on the ceiling is real—Cloud was just attached with cables."

What about that boffo bit of business where he rides a tire? "He did it for real, but on a pilates ball," Xiberras says. "No 3-D modeling, except for turning the ball into a tire."

Want more? Check out the making-of: