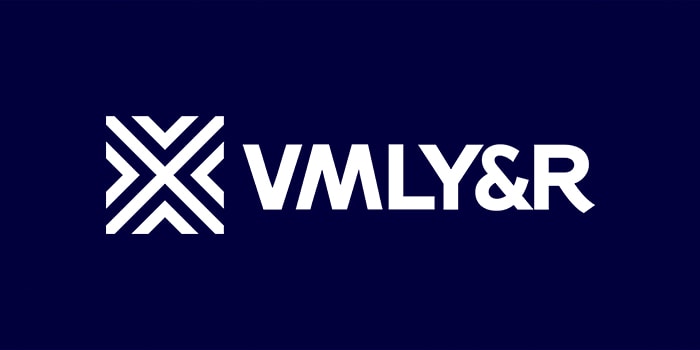 WPP confirmed the news today, first reported by The Wall Street Journal on Sunday and backed up by sources close to the matter, that it will merge creative agency Y&R and digital network VML to create a new entity called VMLY&R.

This marks new CEO Mark Read’s first significant move as head of the world’s largest advertising company and comes in response to demands from investors and clients alike to streamline an organization that employs more than 150,000 around the world.

VMLY&R will now include more than 7,000 staffers of its own, with key offices in Kansas City, where VML was previously headquartered, in addition to Y&R’s home base in New York. Additional hubs include London, São Paulo, Shanghai, Singapore and Sydney.

"This is an important step as we build a new, simpler WPP that provides clients with a fully integrated offering and easy access to our wealth of talent and resources."
Mark Read, CEO, WPP

VML global CEO Jon Cook, who spent 22-plus years at the Midwestern shop, will lead the company and report directly to Read. Y&R global CEO David Sable will step down from that role to become non-executive chairman while continuing to support the newly formed company in unspecified ways.

In a statement, Read said VMLY&R will be “a powerful brand experience offering and a core agency brand for WPP,” citing the two previous companies’ “complementary strengths spanning creative, technology and data services that make them a perfect match.”

“This is an important step as we build a new, simpler WPP that provides clients with a fully integrated offering and easy access to our wealth of talent and resources,” he added, hinting at the three-year turnaround plan he described to analysts several weeks ago.

One key reason for the merger, according to outside analysts, concerns the unique challenges facing WPP’s creative agencies. While Y&R has notched several account wins such as Office Depot, Amtrak and Miss America in recent months, it has not been as profitable as the group’s digital and media buying shops.

“The landscape of our industry is changing rapidly, and we are committed to being an invaluable partner to CMOs around the world,” said Cook. “I look forward to leading this unprecedented unification of two exceptional agencies.”

Cook joined VML in 1996 when it was a small independent shop known as Valentine-McCormick-Ligibel with only 30 employees. Five years later, WPP approached the company with a proposal to align its “integrated process” model (which was unique at the time) with that of JWT before buying VML outright for an undisclosed sum.

The agency eventually grew to employ more than 3,000 across six continents as Cook ascended to the global CEO role in 2011. Last year, it expanded further by absorbing fellow WPP digital shop Rockfish.

Y&R was a far larger and more established company when former WPP CEO Martin Sorrell moved to scoop it up in 2000 for $4.7 billion. That deal remains the biggest acquisition in the history of the ad industry, as noted in Adweek’s recent video timeline of Sorrell’s tenure. (In addition to Y&R, the bundle included PR giants Burson-Marsteller and Cohn & Wolfe, corporate branding agency Landor, healthcare shop Sudler & Hennessey and Impiric, the direct marketing business that would later revert to its original name, Wunderman.)

The move helped WPP push past Omnicom and IPG to become the largest holding group in the world—a position it has retained ever since. As part of the deal, Y&R insisted on retaining a greater degree of autonomy within WPP, and Sorrell predicted at the time that it would spark a new round of consolidation within the ad industry.

The business has been abuzz in recent weeks with rumors of additional mergers, but for now such speculation is only that.

The new entity’s largest shared clients will include Colgate-Palmolive, Dell, PepsiCo, Wendy’s, Pfizer and Ford, which is currently nearing the end of a major global creative review.