What Would Joan Do? Inside the Agency’s Unusual Approach to Creative and Clients

Shop works with brands from Netflix to Adidas 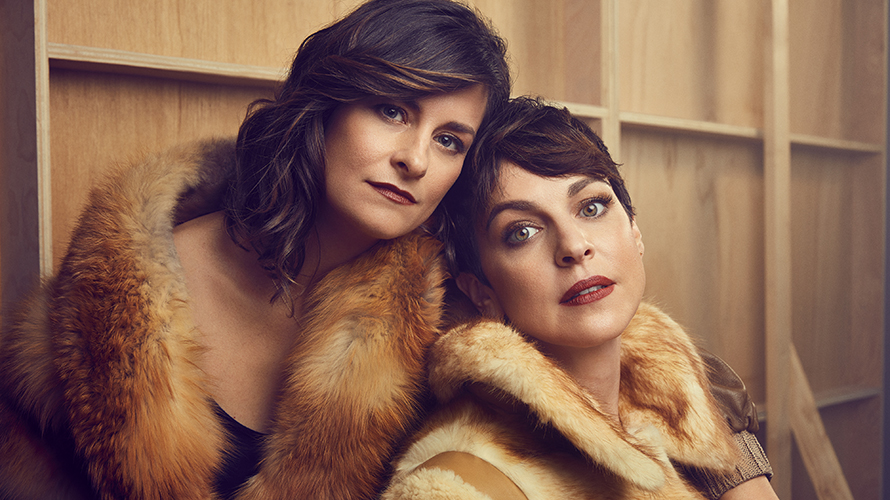 Everything about Joan Creative and its co-founders Jaime Robinson (chief creative officer) and Lisa Clunie (CEO) screams anti-establishment. The way they approach business, how they hire talent, what they stand for, how they named the agency—even the decoration in the cozy Park Avenue South office, from the red and pink lip wallpaper (designed by artist and illustrator Vivian Shih) hanging in the duo’s shared office to the neon signs that greet employees and guests, reading “What would Joan do?” (The agency is named in honor of some of the most accomplished and celebrated Joans of the world from Joan of Arc to Joan Jett.)

That’s all part of their strategy. When the two met for lunch at Westville near Hudson Square in 2016—Clunie most recently served as chief operating officer at Refinery29 and Robinson as executive creative director at Wieden + Kennedy—they decided to only launch an agency if they could truly do something different. In just over a year, they’ve done just that.

When planning their agency, Clunie and Robinson discussed what they didn’t like about the business.

“We don’t like the fact that you can’t staff uniquely to your clients business,” Clunie said. “They’re checking to make sure you have one art director, one producer and so on. What if the right answer is to invite one director to participate in the creative idea from the very beginning or if you’re working on a beauty brand to get a beauty editor in?”

Joan’s unconventional methods have already paid off for the agency’s now roughly 25 employees. In its brief existence, it has already managed to win a host of new business from client General Mills and complete some work for major brands like Netflix and Adidas.

Perhaps the most telling sign of Joan’s abilities came early on when Clunie and Robinson landed their first client—Progresso.

“We got a call that said we have a need for Progresso so we would really love to see what you would do with it. Are you interested?” Robinson said.

“It was a super tight box,” Clunie added. “They needed to make a big announcement, and they wanted to just do soup footage and a huge announcement. And it was like, ‘Can you do that?’ And we were like … ”

“’Yeah sure we can do that,’” Robinson chimed in. “When we met them, we were like, ‘OK, tell us about this soup,’ and they were like, ‘Oh boy can we!’ We thought, wow, who is this passionate about soup? But we bottled that and created this persona for the soup. We pitched them, and it was a great success.”

"Meetings with clients should be the best part of our week."
Jaime Robinson, chief creative officer, Joan Creative

Once they scored the business, the duo hired a freelance producer and a freelance art director to create a series of TV spots, narrated by actor John Lithgow. The work clearly impressed the client. When General Mills concluded its U.S. agency review in late 2016, Joan Creative walked away with Progresso full time as well as Pillsbury, Fiber One, Lucky Charms and Cinnamon Toast Crunch.

The agency also sets itself apart by rethinking how it handles its relationship with clients—from how they are involved in the work process to how the client is billed.

“Our meetings with clients should be the best part of our week,” Robinson said. “We are doing something fun together. We’re building communications other people in the world are going to vibe to.”

The way Joan designed its business model is also pretty revolutionary. The agency has essentially tried to “productize our model,” Clunie explained.

Joan offers clients one of six or seven packages to purchase. Clunie and Robinson declined to share what exactly each package entails, but they range from, on one end, a campaign and a strategy, to more comprehensively “cracking a brand, doing a whole customer journey and the work for that entire journey,” Clunie said.