'Be Sure Sure' aims to persuade without scare tactics 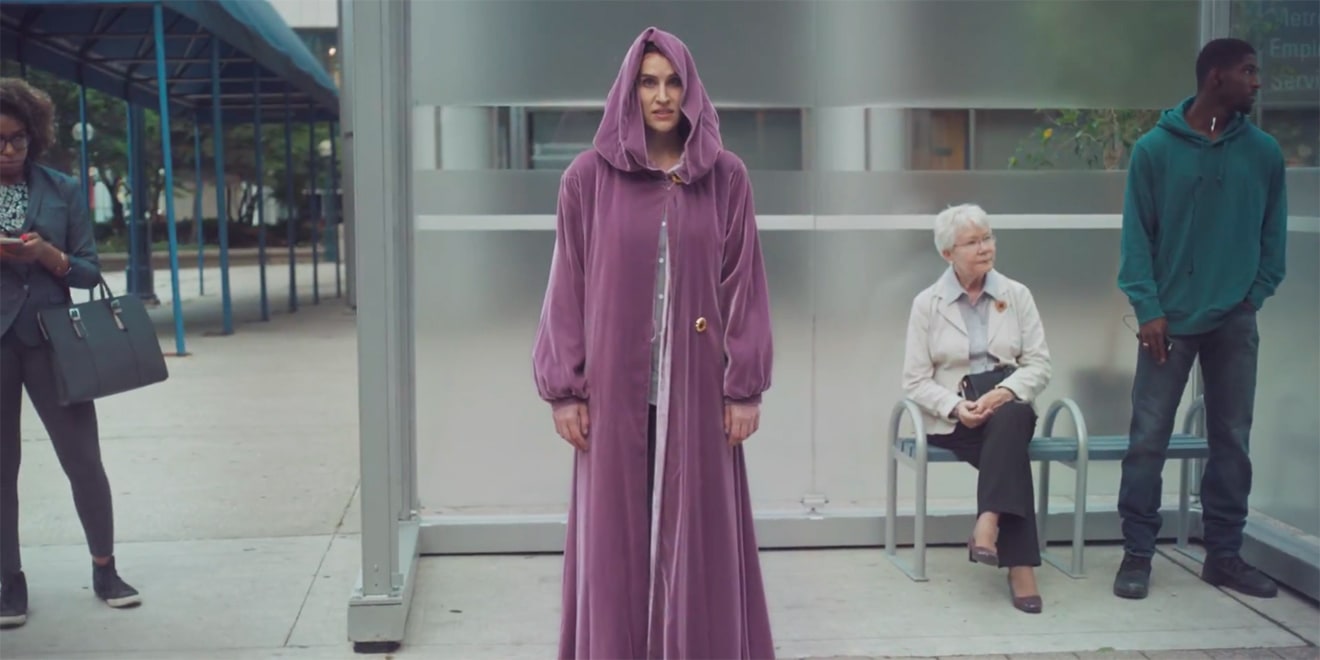 Are you more sure of your home security than you are of your fashion predictions?
Brinks Home Security
Share
By David Gianatasio
|
August 20, 2018
Share

In Barton F. Graf’s amusing debut for Brinks Home Security, we meet folks who were “sure” they’d handled various situations in the best way possible.

Alas, they weren’t “sure sure.” So, basically, they wound up screwed.

“I was sure Buster would be a good guard dog,” says a woman standing with a cute canine in her ransacked living room.

“I was sure I parked here,” moans a guy lugging a huge box around a mall parking lot.

“I was sure Steve would’ve moved out by now,” says a mom of her goggled adult son who sits on a nearby couch, intensely immersed in virtual reality.

There’s even a retro ’70s Saturday-morning cartoon sendup with a villain who was sure he’d get away with his fiendish plan after donning a cheesy rubber costume and masqueraded as a sea creature.

Toward the end comes the brand kicker. A typical office worker tells us, “I was sure I locked the door” as he uses his phone to monitor an intruder who has entered his home. Thankfully, he engaged Brinks for protection and, on his mobile screen, we see the cops arrive and haul the perp away.

“In life, sure is not enough,” a voice-over says, pledging that Brinks offers the best professional monitoring and fastest response times. “Brinks Home Security: Be sure sure.”

Targeting millennials and tech-savvy families preparing to buy homes, “Be Sure Sure” eschews both the oh-my-god-i’ve-been-robbed fear mongering and cuddly-safe-family tropes often associated with the category.

Instead, with this new approach, Brinks seeks to convey its trustworthiness and dedication to service in a compelling way, says Anthony Conversa, the company’s chief marketing officer.

Barton F. Graf and Epoch Films director Matthew Swanson employ a deft touch. This stuff is funny—but not too funny, and doesn’t quite veer into being ridiculous. After all, safeguarding one’s home and possessions is a serious proposition.

“People rely on home security to protect the things they care about most—but ironically, it’s become an increasingly commoditized and deeply distrusted category,” says agency founder and creative chief Gerry Graf. “This campaign sets out to shift the brand from selling security to rebuilding trust through action and behavior.”

Just silly enough to break through, “Be Sure Sure” also exercises enough restraint to help consumers feel secure in considering Brinks for their home-monitoring needs.

Graf says one of his favorite parts of the project was creating the Scooby-Doo-style cartoon segment.

“We ended up writing extensive backstories for these two kids who solve crimes at a waterpark in Myrtle Beach,” he says.

And for the lost-in-a-garage scene, “we actually filled the box with a bunch of heavy sandbags, so he was actually struggling as he wanders around.”

“Be Sure Sure” Video Production Credits