What We Learned From the First Day of NewFronts West 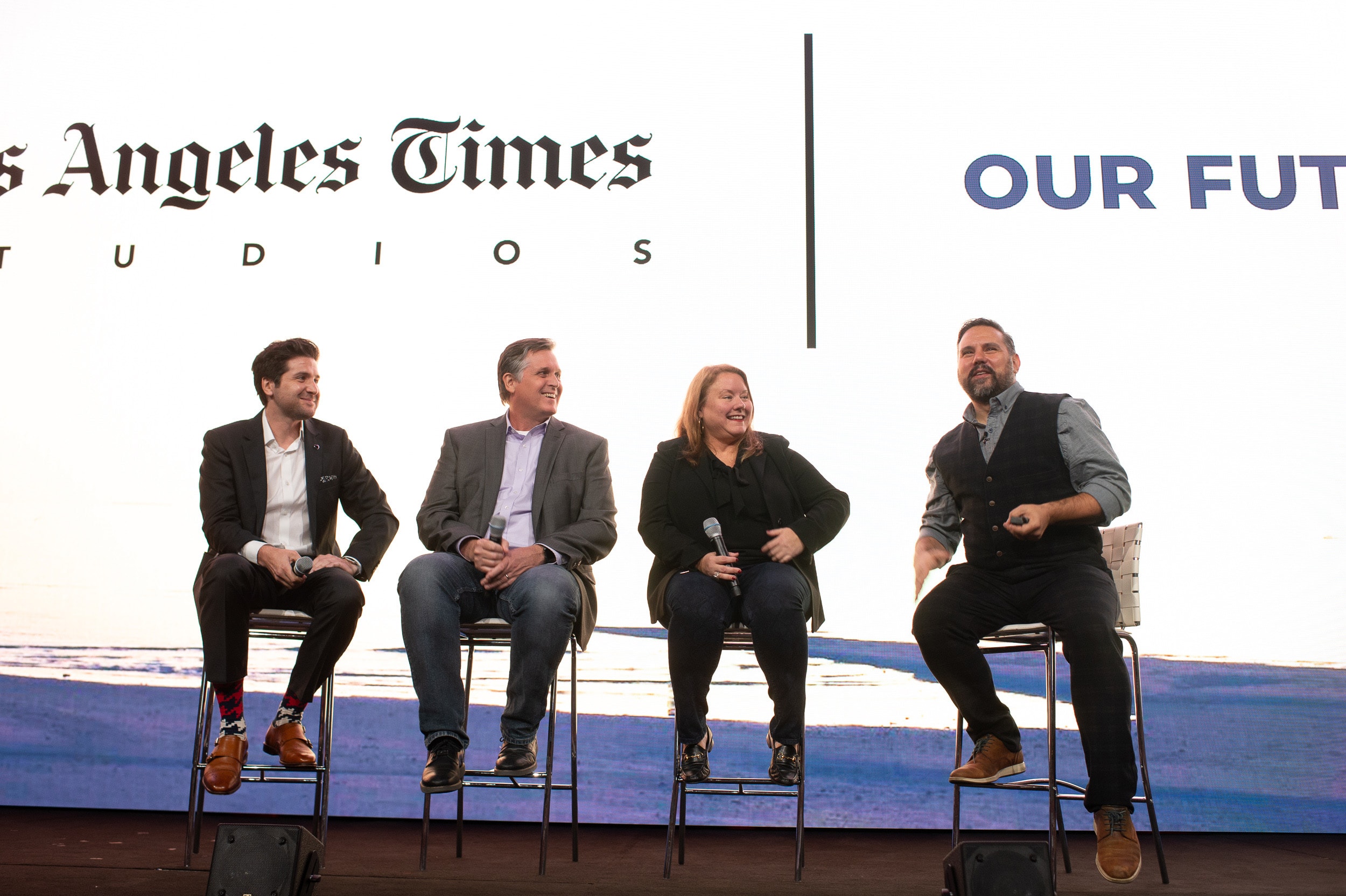 Those were among the highlights Tuesday at the Interactive Advertising Bureau’s first NewFronts West, held in L.A.’s NeueHouse Hollywood. The two-day event is the West Coast counterpart to the annual New York NewFronts event in late April and early May.

During yesterday’s presentations, actress Felicity Huffman talked about creating her digital platform, What the Flicka, because she was “drowning in motherhood” and wanted to “elevate the voices of mom content creators.”

But Vice left perhaps the most lasting impact during the first NewFronts West day. During the company’s end-of-day presentation, execs released findings from an 18-month-long study that they say poke holes in the widely accepted “keyword blacklists” that flag content as potentially objectionable to advertisers. That system, meant to help brands pick inoffensive places to run ads, actually excludes “important and necessary” subjects like race, religion and LGBTQIA issues.

Dominique Delport, the company’s global chief revenue officer, said the existing system is counterproductive and has “unintended consequences” for the kinds of diverse and inclusive programming that are mainstays on Vice.

In issuing a “call to arms” for other publishers to follow suit, Vice said it will use the Oracle Data Cloud’s contextual brand safety solution, which goes deeper than keywords and scores content based on the context of its storytelling.

Vice will start testing the Oracle product before the end of the year.

In other NewFronts West news, the Los Angeles Times plans to launch two podcasts in the first quarter 2019, aiming to replicate the franchise-building success of Dirty John. That series went from print to 27 million downloads worldwide, an Oxygen documentary and an upcoming Bravo series, with Season 2 following a different true-crime story in the works.

The first new podcast project, tentatively titled Big Willie, will follow a local street racing veteran and Vietnam veteran, examining his eccentric career and checkered legacy; the second, Room 20, centered on an unidentified car crash victim who has been in a coma for 17 years, will piece together clues about the man’s life.

Meanwhile, BBC News execs and their in-house branded content team, Story Works, have been using neuroscience to study “the connection between memory and emotions and what that means for brands,” said Caitlin Harley, director, multi-platform ad sales research.

Harley said that brands should dial up the emotional energy early in their content and be unafraid to “hit the gas.” She added that brands should go for more emotional peaks and lean into cinematic techniques because, she said, “craftsmanship matters.” The team is selling their expertise in helping create the kind of content that embeds brands into consumers’ long-term memory.