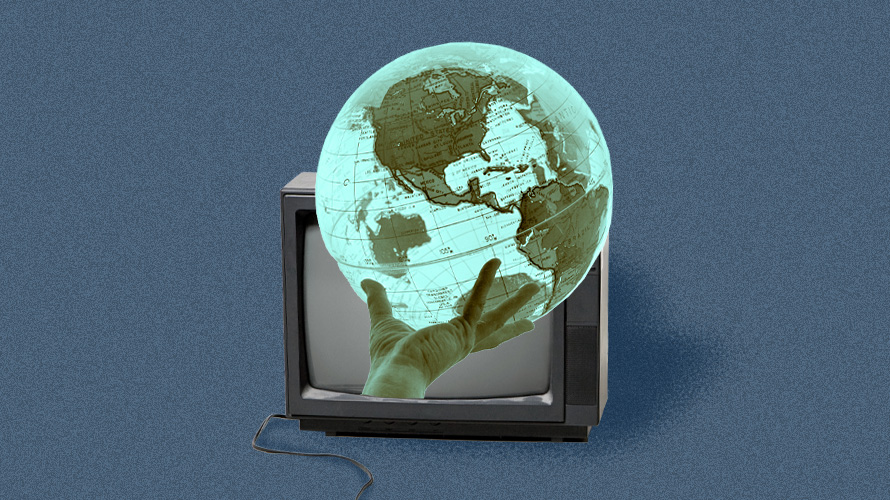 Global streaming ambitions are having an effect on some programming decisions. Trent Joaquin/Getty Images

When ViacomCBS worked on renaming its streaming service CBS All Access as part of an upcoming rebrand, the company wasn’t only considering U.S. consumers when evaluating the service’s new moniker. It had to think much bigger.

“Paramount is the most well-known brand we have globally,” Marc DeBevoise, chief digital officer of ViacomCBS and CEO and president of CBS Interactive, told Adweek about the thinking behind the streamer’s new name, Paramount+, which will take affect early next year. “Movies have been going around with that curtain-raiser brand on them for 100 years. There’s so much equity in that brand, that name and that logo.”

As more streamers come onto the market, many media companies, like ViacomCBS, are setting new overseas plans. Fox-owned free streamer Tubi has recently charted its own expansion to Canada, Mexico and Australia, with plans to launch in the U.K. ViacomCBS-owned free streamer Pluto TV has made inroads in Latin America and the U.K. WarnerMedia streamer HBO Max has laid plans to go international in 2021, and so has Disney, which is prepping an international streamer to debut under its Star brand next year.

A look at streaming giant Netflix’s customer breakdown shows why the global focus makes sense for other streamers to adopt. Of Netflix’s 193 million subscribers, only about one-third are from the U.S., illustrating how much international markets can offer in terms of growth opportunities.

But streaming abroad is harder than it looks. Companies don’t have to build brand recognition and equity; they need to craft local marketing plans, plan programming that appeals to various international audience segments and sort out international distribution.

“Generally, it’s the next—or, in some cases, the first—logical step for these North American-based services,” said Steve Nason, research director at market research firm Parks Associates. “They launch in North America, and then they decide they need to take these brands and go international. But once you get international, it gets much more complicated.”

Take Starz, the Lionsgate-owned streamer that first broke into the international game in late 2019 when it began expanding StarzPlay to places like Brazil, Mexico and the U.K. The worldwide growth, which clocked in at 11.4 million global subscribers (and 7.4 million domestic subscribers) as of last quarter, is being shepherded by Superna Kalle, Starz evp, international digital networks, who admitted that the company’s expansion began with a handicap.

“To build a brand almost entirely from scratch, you have to have a fantastic pipeline of content, so we were marketing around our great shows,” Kalle said. “But when we first launched, we were missing key shows because they had been previously licensed internationally.”

Without Starz hits like American Gods, Power or Outlander available to them, StarzPlay bought up programming from local programmers and other streamers that didn’t yet have an international footprint. Among them was Hulu, which sold StarzPlay the international rights to shows like The Act, Normal People and The Great, Kalle said.

While that helped bolster Starz’s library and value proposition in the short term, those content gains may be short-lived. Parent company Disney, with its own planned international streamer, is likely to pull its own programming back into the fold. Now Starz is no longer renewing its international licensing agreements, so it can eventually bring its own programming back into the mix, Kalle said.

“All Starz content comes to us exclusively, and there’s no question,” Kalle said. “That is phenomenal and is a big piece of why we are as successful as we are.”