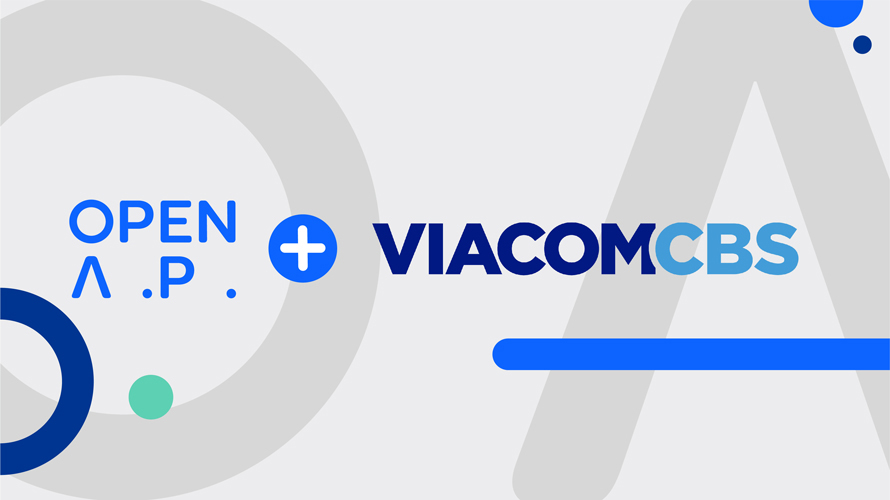 CBS is the first major addition to OpenAP since spring 2018, when NBCUniversal and Univision signed on to the consortium.
OpenAP
Share
By Jason Lynch
|
December 9, 2019
Share

OpenAP has been dealt some blows by recent media mega-mergers, but the audience targeting platform is getting a big boost from last week’s union between CBS and Viacom, which helped create the consortium back in 2017.

CBS is officially joining the consortium following its recent recombination with Viacom. As a result, the broadcast network and its digital video assets will be added to the OpenAP Market, launched in October, which offers advertisers cross-publisher audience segments for both linear and digital video.

In October, the consortium rolled out the OpenAP Market, an open marketplace with premium video advertising inventory and audience-based buying across digital and linear television programming. The CBS assets are expected to join the OpenAP Market early next year.

“When you’re talking to agencies about bringing standards and allowing them to simplify workflow and execute advanced campaigns across television providers, everything has been about scale,” OpenAP CEO David Levy told Adweek. “Getting over that 50% [ad spend] threshold is a really meaningful thing. And doing it while bringing in an asset like CBS, and now having four broadcast networks, adds a lot of wind to the sails.”

“We believe in the mission of OpenAP,” said Ross in a statement. “Bringing our full portfolio of linear and digital inventory together on this platform enables us to deliver premium content and diverse audiences to our advertisers, and reinforces our combined value as ViacomCBS.”

Ross is taking the position on the OpenAP board previously occupied by Sean Moran, the former Viacom ad sales chief who left the company prior to the CBS merger after losing out to Ross for the top ViacomCBS ad job. He had created OpenAP back in 2017 alongside Turner’s Donna Speciale and Fox Networks Group’s Joe Marchese—with his departure, all three of OpenAP’s original architects have now left the consortium.

Ross’s No. 2 at ViacomCBS—John Halley, coo of advertising revenue and evp of Advanced Marketing Solutions—already was on the OpenAP board, and will remain in that position.

CBS is the first major publisher to join OpenAP since spring 2018, when both NBCUniversal and Univision signed on to the consortium.

Even though Viacom co-founded OpenAP back in 2017, there was no guarantee that post-merger, the company would remain committed to the consortium. Both of the other co-founders, Turner and Fox, saw their OpenAP participation upended as a result of their respective mergers.

And while Fox remains in OpenAP, many of its assets migrated to Disney when that company bought most of Fox in March. Marchese left the company prior to the Disney merger; Marianne Gambelli, who heads up ad sales for the spun-off Fox Corp., now sits on the OpenAP board of directors.

However, Levy had been talking with CBS about joining OpenAP since he was named the consortium’s first CEO back in May.

“There’s always been a genuine interest. It made a ton of sense at this time to bring it all together,” Levy said. “It’s just exciting to have them on board. It makes the scale piece even more significant for us.”

With CBS’ assets joining the fold, Levy said he hopes to add other major publishers to OpenAP (notable holdouts include Disney and Discovery).

“We’re having a lot of great conversations,” though no announcements are imminent, Levy said. “The majority of our focus, though, continues to be on the product development, the closer connection with the buy-side community and making sure that this product and platform is adding as much value as possible.”