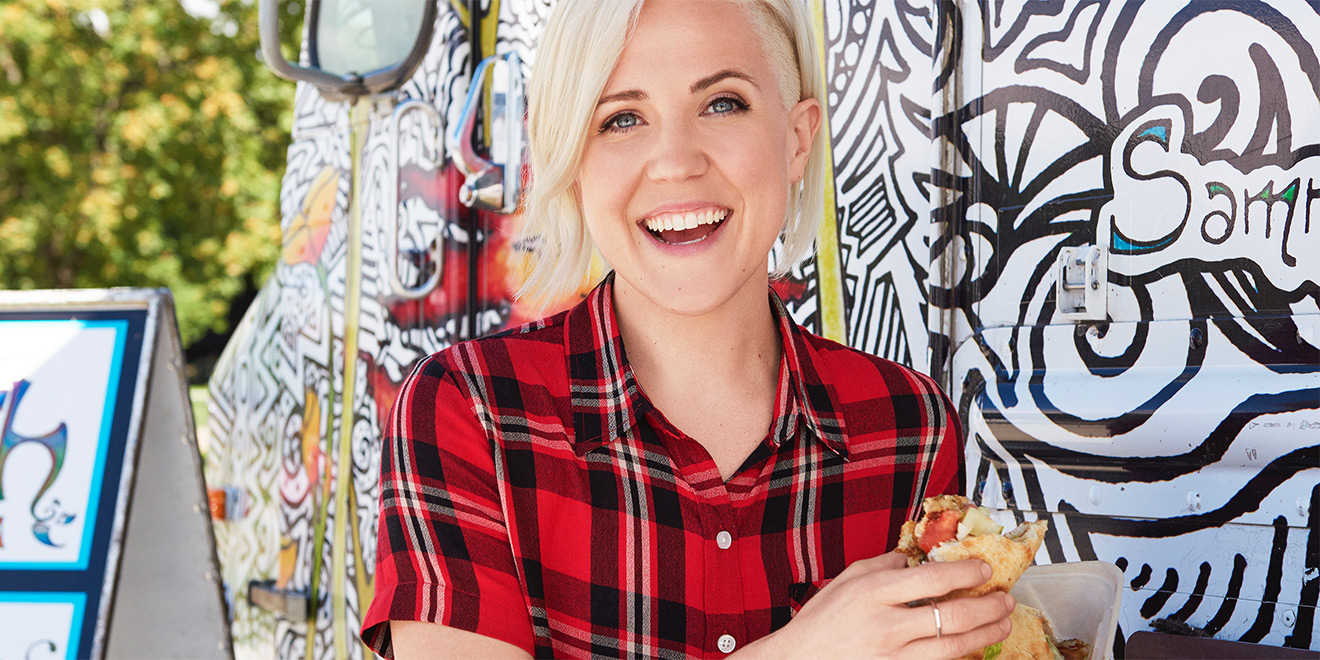 When Hannah Hart began uploading videos to her YouTube channel in 2011, she would get a little tipsy and attempt to cook something. In the early days, it was as simple as an omelette or tacos, but some of her latest creations have been more complicated, like croissants or a soufflé, and she’s still a little tipsy.

In between filming and editing videos on a regular basis, Hart has also appeared in two feature films alongside her internet and real life best friends, Grace Helbig and Mamrie Hart; she starred in a reboot of Electra Woman and Dyna Girl for Fullscreen; and released two books, one of which was a slightly satirical cookbook and the other a collection of journal entries and essays about her life and struggles.

Now, Hart joins the ranks of television media with her very own show on Food Network: I Hart Food.

One part exploration and two parts deep-dive, I Hart Food follows Hart around the country where she meets people from specific cities or regions to highlight what they cook best. In one episode she goes to Santa Fe, where she becomes obsessed with red and green chili peppers. In another, she ventures to Portland, Maine where Hart and her crew investigate why so many restaurants that have been around for over 40 years serve very similar dishes.

“This show is the next natural iteration of what I’ve already been doing,” Hart told Adweek. “If the television world was a house, Food Network would be the kitchen, obviously, but also because it’s where you go at the end of the day to kick off your shoes and have a nightcap.”

“Hannah’s enthusiasm for food was what Food Network noticed, along with a loyal and passionate following across her digital platforms,” said Kathleen Finch, chief of programming content and brand officer of Scripps Network brands. “Our constant, across all shows, is that we always want our talent to offer an authentic view and engage the audience. I Hart Food is most definitely authentically Hannah,” said Finch.

Hart’s YouTube channel, My Drunk Kitchen, has more than 2 million subscribers who have come to know and love her for her style of shooting videos: she’s usually alone in a kitchen, drinking while attempting to cook, with minimal help from any friends behind the camera. This time, with a whole production crew behind her, Hart was able to focus on the story she wanted to tell.

“Everyone was contributing creatively, which was great even though I’m traditionally an independent person,” she said. “But here, I was able to continue learning and growing as a creator, which means I won’t get burnt out as fast.”

“If you’re looking at social media, then I’m an influencer, and if we’re looking at TV, then I’m an executive producer and host,” she said. “Making this show meant working as a team, [everyone] was happy and shared a respect for each other, and I couldn’t be more excited to see it when it comes out.”

“Hannah has been a pleasure for the entire team to work with,” added Finch. “She has a real passion for food and she knows her audience and what they react best to from her, so she was a great partner to have on the journey to bring I Hart Food to life.”

Finch is hopeful that Hart will deliver more than just recipes and travel to the network. “When her fans tune in, we may be introducing a new audience to all that Food Network has to offer.” 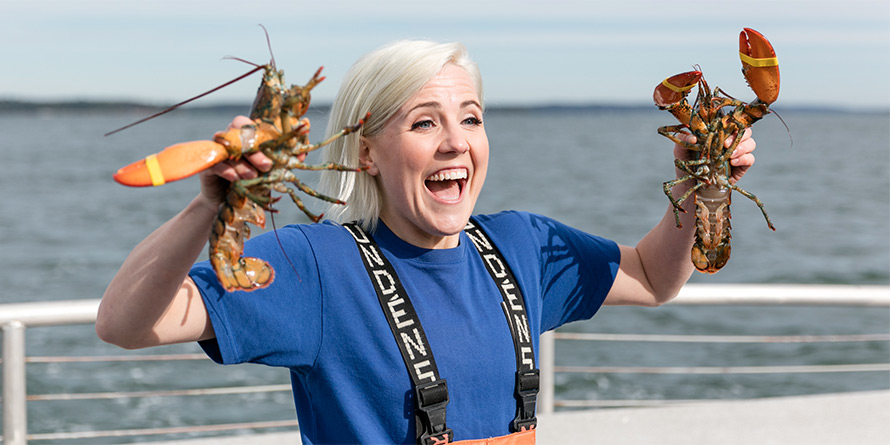