The Marvelous Mrs. Maisel, Chernobyl and When They See Us among the top nominees 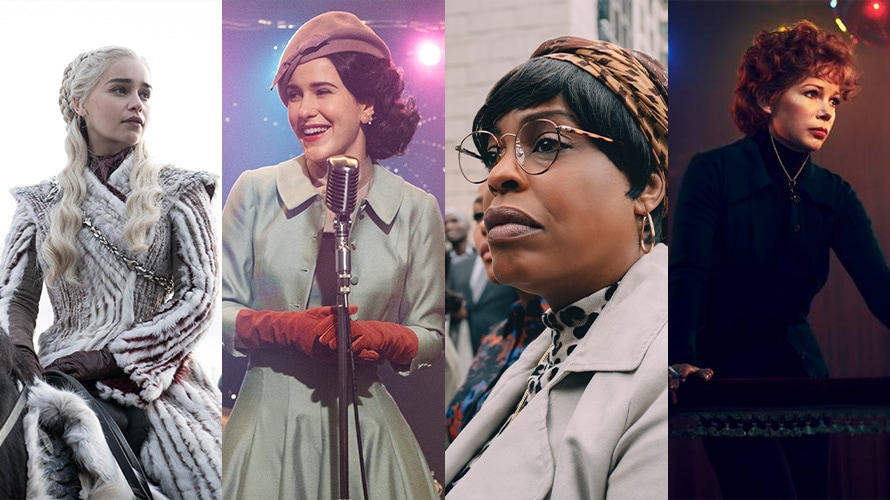 Game of Thrones, The Marvelous Mrs. Maisel, When They See Us and Fosse/Verdon were among this year's most-nominated shows.
HBO, Amazon Prime Video, Netflix, FX
Share
By Kelsey Sutton
|
July 16, 2019
Share

It’s Emmy nomination season, and HBO can once again call itself the most-nominated network on television.

The cable network, which last year was briefly unseated by Netflix as the most-nominated network or platform, ending a 17-year Emmys streak, has once again come out on top in 2019, pulling ahead of Netflix with 137 nominations (29 more than last year) compared to the streaming service’s 117.

HBO was buoyed by its tremendously popular fantasy drama Game of Thrones, which this year received 32 nominations for its final season, making it the most-nominated series of 2019 and setting a new record for nominations received by a drama series in a single year. The previous record was held by NYPD Blue, which received 27 nominations in 1994.

Netflix, which got 112 nominations in 2018, was in a close second to HBO in overall nominations with 117—five more than last year, when it took home the most nominations of any network. When They See Us, the Ava DuVernay-directed miniseries, received 16 nominations this year, while comedy Russian Doll received 13, far more than any other freshman series.

The nominations, which were announced Tuesday morning, highlight the fierce and continued competition between legacy television titans like HBO, which had before 2018 enjoyed 17 straight years of the most Emmy nominations of any network, and the streaming companies, which are giving more established players a run for their money with acclaimed programming.

Amazon Prime Video, while still far behind both HBO and Netflix, collected 47 total nominations, making it the fourth-most awarded network of the year behind NBC, which received 58 nominations. Almost half of those nominations for Amazon Prime’s programming came from the comedy The Marvelous Mrs. Maisel, which netted 20 nominations; actress Phoebe Waller-Bridge’s series Fleabag received 11 nominations.

The Canadian comedy Schitt’s Creek, which was the subject of a recent Adweek cover story, finally broke into the Emmy race for its fifth season, snapping up four Emmy nominations, including outstanding comedy series, best actor and best actress.

Many of last year’s most-nominated programs, including the HBO drama Westworld, the Netflix phenomenon Stranger Things and FX’s acclaimed comedy Atlanta, aren’t eligible for consideration in this year’s awards, which only award programming released between June 1, 2018 and May 30, 2019. The Hulu original Handmaid’s Tale, which was not eligible for dramatic series consideration because it aired after the eligibility window closed, nonetheless snapped up 11 nominations for three episodes from its second season, which aired during the eligibility period.

In the outstanding lead actor in a drama category, Game of Thrones actor Kit Harington is facing off against Jason Bateman (Ozark, Netflix), Milo Ventimiglia (This Is Us, NBC), Sterling Brown (This Is Us, NBC), Bob Odenkirk (Better Call Saul, AMC) and Billy Porter (Pose, FX), who is receiving his first nomination.

In the outstanding lead actress in a drama, the nominees include Emilia Clarke (Game of Thrones, HBO), Jodie Comer (Killing Eve, BBC), Sandra Oh (Killing Eve, BBC), Viola Davis (How To Get Away With Murder, ABC), Laura Linney (Ozark, Netflix), Mandy Moore (This Is Us, NBC) and Robin Wright (House of Cards, Netflix.)