When Coke’s Jordan Spieth Ad Shoot Was Rained Out, They Made Something Even Better

Trick shots in the trailer 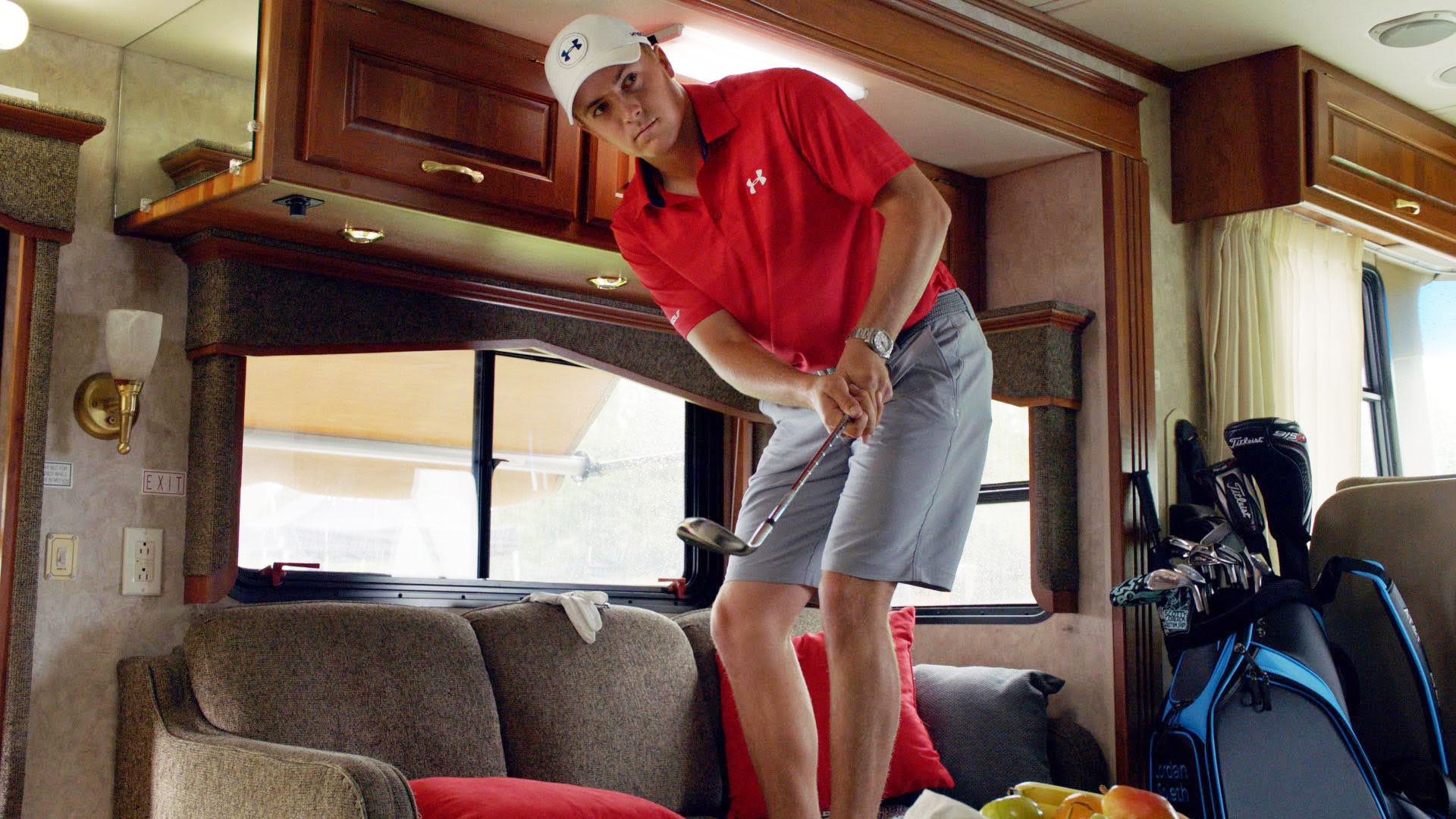 Jordan Spieth knows when to come in from the rain.

With the pro golfer's first outdoor commercial shoot for Coca-Cola cancelled because of a torrential downpour, and a deluge forecast for the makeup date, the creative team, led by Wieden + Kennedy and RSA Films director Terence Neale, went to plan B.

Instead of showing Spieth reaching for a cold Coke on a golf course, they worked the rain-out into a new storyline and filmed him inside his trailer, executing various trick shots with items on hand to pass the time:

As for how much filmic fakery was involved, well, it's difficult to say. Spieth took a few mulligans, naturally, but he really did ring up that bell glass shot:

And it took only three takes for him to master the ice bucket. That's pretty cool:

Ironically, once the crew committed to the indoor concept, the sun reappeared, and W+K employed rain towers to achieve the stormy ambiance.

Even so, whether the rain (or trick shots) are entirely for real is beside the point. Viewers took a shine to the spot's dry humor, and the clip has generated more than 1 million combined views across Facebook and YouTube since it dropped two weeks ago.