To Sell 4K TVs, Panasonic Crafted an Ad for the Greatest Film Never Made

It's got everything but Vin Diesel 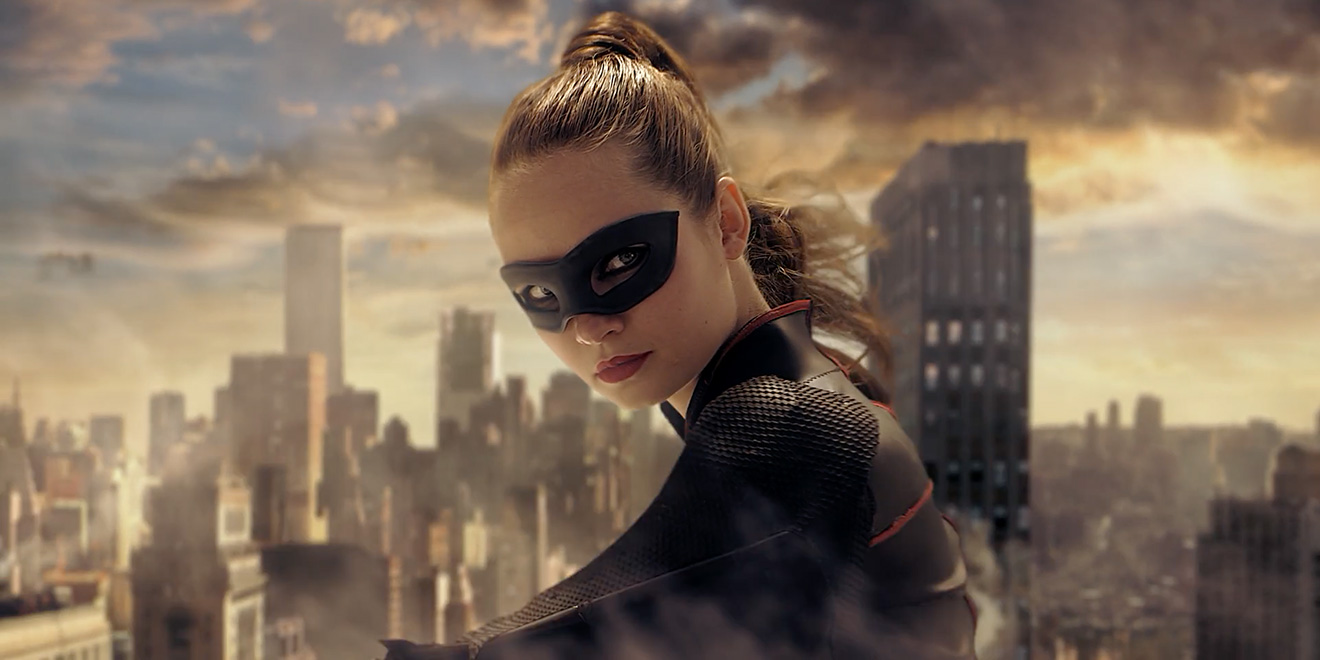 Not coming soon, to a screen near you…

The action follows one woman’s odyssey through these various formats. She starts by hobnobbing with guests at a fancy masquerade ball, and later dodges an aerial attack on an alien world before returning to Earth in superhero garb and hopping between skyscrapers.

And they say Meryl Streep has versatility!

It’s like watching a promo for the greatest film never made.

Microwave some popcorn and check out the spot below, developed with Benjamin Kratzin and Christopher Schlierf, aka the Directors Duo, at Framestore Pictures:

Whoa! That had everything except Vin Diesel. Which is a good thing.

“We wanted to create some of those spectacular scenes you see in typical blockbusters, the ones that people who buy these big-screen TVs love to watch,” Brave creative director Liam Fenton tells AdFreak. “The idea of having the same protagonist journey through the film allowed us to craft considered transitions that move the viewer seamlessly from one scene to the next, in the style of an epic movie trailer.”

Casting the lead role “was no easy task,” says agency business director Stefan Kann. “We all had an idea of who and what our heroine needed to look like,” he says. “She needed the captivating elegance of Charlize Theron, the demure vulnerability of Keira Knightley, and the strength and spirit of Angelina Jolie. Oh, and she needed to have Milla Jovovich’s eyes. So, the bar was set quite high.”

Ultimately, the team chose model Tana Boshoff, and though this was her first acting job, she keeps the fast-moving proceedings firmly centered, exuding toughness, charm and a mischievous spark throughout.

Directors Kratzin and Schlierf got the nod based on their moody, cinematic work for BMW and other clients that often combines live-action elements with visual effects. Here, they deliver slick vignettes that would indeed seem at home at the local multiplex.

Of course, the team had to deliver that movie-quality content on a commercial budget and deadline.

“Because the project was so ambitious, we needed to make sure every detail was in place,” says Kann. “We didn’t have the luxury of having extra days to do pickups, or more time to get wardrobe and costumes sorted. Everyone had to be all over everything throughout, and everyone had to be able to add value to the process.”

And in a bit of providence you couldn’t get away with in a movie script, the equipment lasted just long enough to get the job done, waiting until the last moments of the final day of shooting to break down, Kann says.

“We arrived on set and were amazed at how this side street off one of the main roads in Cape Town had been transformed into this 1950s scene with vintage cars and extras,” he recalls. “Once the rain machines kicked in and cameras were rolling, it looked truly spectacular. What wasn’t so spectacular was when one of the generators died at about 1 a.m., and we needed to get on the phone with our insurers to let them know we were going to have to make a claim.”

Why go through such elaborate effort in the first place?

“We wanted to really celebrate what people buy televisions for, and that’s to have a great visual experience,” says Kann. “No one spends too much time talking about their television, but they do talk about what they watched on it. And hopefully, seeing movies as the director intended will mean that consumers now have a reason to talk about both.”

Tagged “Hollywood to Your Home,” the campaign launches today online and in-stores throughout Europe, the U.K. and New Zealand.