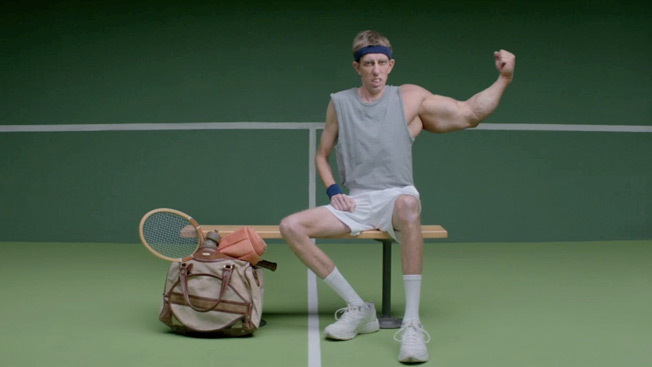 Ever wonder what tennis can do for you? Well, for starters, it can make you smarter, stronger, happier, more attractive and pretty much invincible.

The United States Tennis Association doesn't skimp on the specifics of the sport's many benefits to its athletes in this new campaign from DDB New York, targeting millennials. And the messages are delivered in decidedly offbeat fashion, thanks to the inimitable style of director Jared Hess, who made Napoleon Dynamite.

Five short online spots communicate the benefits with quirky visuals and simple factoids—all crisp, clean and slightly off center. The theme is "Tennis Makes You," which works well as a stand-alone line and an introductory phrase.

Judging by the shrimp with the one giant arm, the only question is whether being stronger and being more attractive are mutually exclusive.