Train your phobias away with realistic simulations 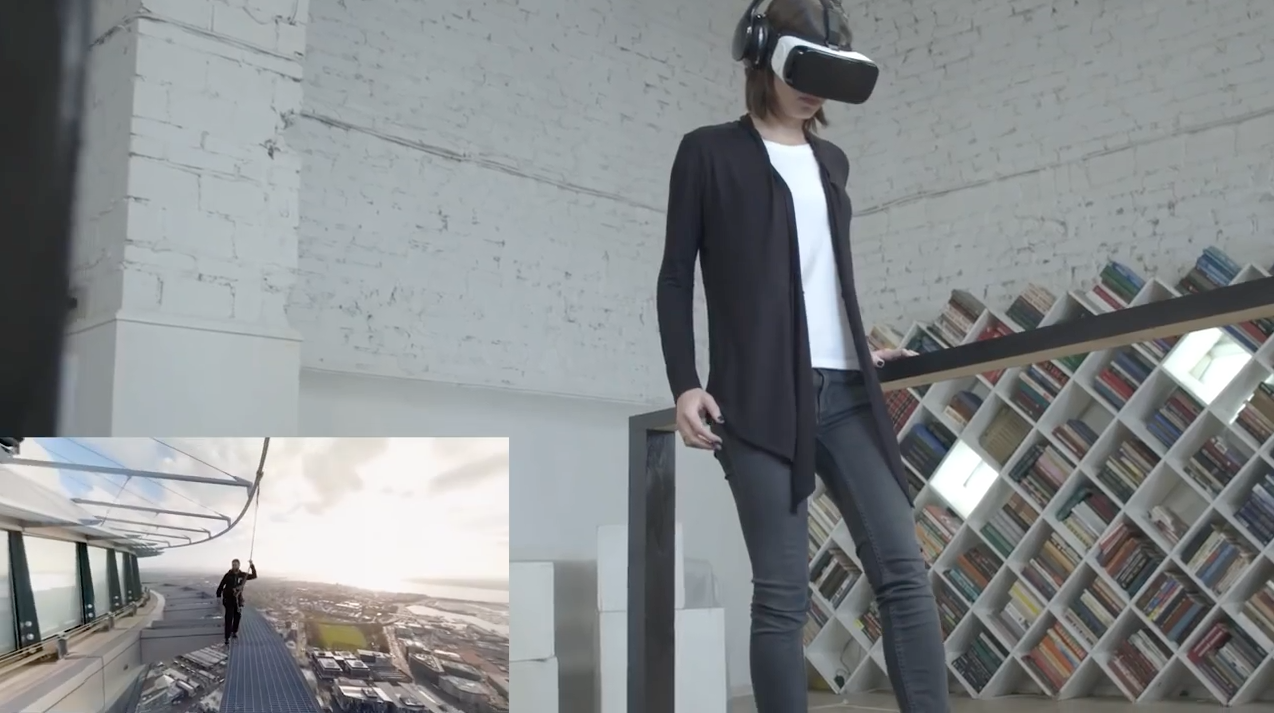 Terrified of heights? Try tricking yourself into thinking you're on the roof of a skyscraper, using virtual reality technology—and maybe, with practice, you'll be better equipped to deal with the real thing.

Samsung ran just that test recently, turning people into guinea pigs to demonstrate the potential of its VR headgear. Agency Cheil Worldwide brought the "Be Fearless" message to life with 27 participants from countries like Germany, Russia and the United Arab Emirates.

They underwent four weeks of VR training to combat their fears—of heights (acrophobia) or of public speaking (glossophobia)—before facing real-life applications of their new skills, like speaking in front of a packed lecture hall.

Two videos document the experiments, branded under the broader Samsung tagline "Launching People." In one that might be a bit too on-the-nose, users are literally flung off the roof of a building (attached to ziplines, to be fair).

Salminaz, a fashion designer, learns to speak in front of an audience so she can pitch them her business.

Muhammad, an aspiring pilot, takes on a crippling fear of heights.

Aleksandra, a fashion executive who's also afraid of heights, gets more comfortable with her 25th-floor office.

Fynn, who loves to travel, feels less limited by his acrophobia.

In other words, none of the problems are life-threatening, but based on the testimonials, the trick does appear to improve lives and outlooks.

Samsung backs up its research—conducted using its own smartwatches to measure heart rates—with stats from the VR lab at the Yonsei University Gangnam Severance Hospital in South Korea. In a study of 82 participants, doctors achieved a 90 percent success rate in reducing anxiety among those with fears of heights and public speaking.

Over two weeks in the Samsung program, 87.5 percent of acrophobic subjects saw an average anxiety reduction of 23.6 percent, per tests that accounted for eye movement and self-assessment (along with heart rate). Subjects suffering from glossophobia saw an 18.7 percent reduction in anxiety levels. Those gains aren't insignificant, but they might also help explain why some participants in the zipline stunt still look like they're not feeling as good about the whole thing as Samsung might like.

Overall, the gimmick builds on the brand's last attempt to prove it's a friend to millennials.

"This generation does not define themselves by what they have, but by what they do," says Wain Choi, chief creative officer at Cheil Worldwide, in a statement accompanying the new campaign's launch. "They are experience seekers who want to discover new and amazing things, live experiences they never thought possible. Through Samsung Gear VR, anyone can reach their full potential. We all have what it takes inside us, but sometimes we can use a little help."

This type of rah-rah plug for experiences over materialism is an increasingly familiar theme in advertising these days. (Travelocity launched a campaign encouraging young people to "find themselves" just last week.) In another Samsung ad for the Oscars, William H. Macy—less a spring chicken than one that's been through the meat grinder a few times too many—used the same VR technology in a more obvious way, to realize a personal fantasy.

As for whether the "Be Fearless" message connects with audiences, at least one reply to the public-speaking clip suggests it does, though perhaps not the way Samsung hopes: "That's great," says a YouTube commenter, "but can we use it in a Google Cardboard? :)"