Nike Celebrates the ‘Real Girls of Moscow’ With Empowering Ads, Murals and GIFs 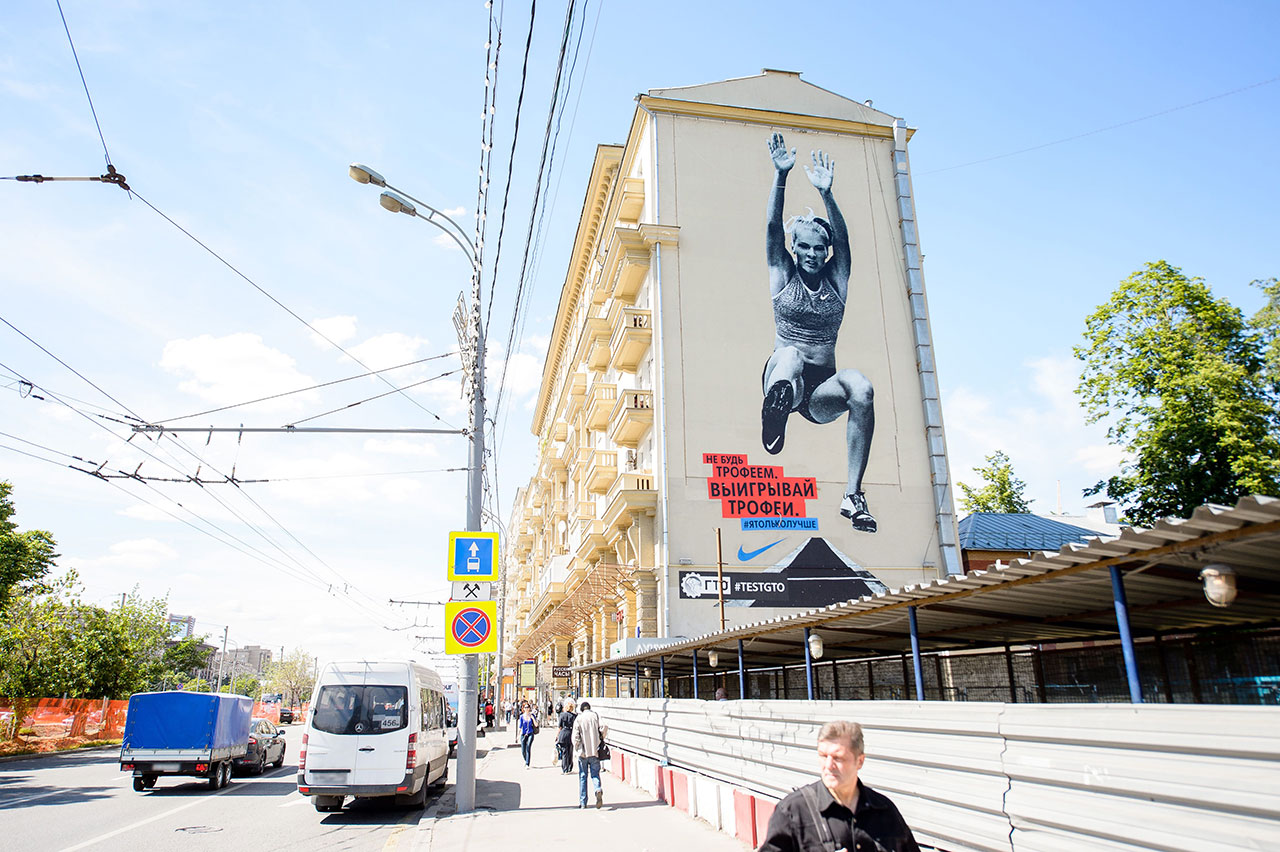 In April, Nike Women launched its popular "Better for It" motivational campaign in the U.S. Now, the sportswear giant is expanding the tagline in Russia.

A half-dozen new spots from Wieden + Kennedy Amsterdam feature the same playful attitude and general message—that the benefits of exercise outweigh the challenge—but take a slightly different tone, as you might expect from ads that feature professional athletes instead of the average exercisers represented in the U.S. work.

The camera work, from director Carlos Serrao, is a little more dramatic in its attention to detail, with scenes like yogi Olga Markes holding a particularly brutal pose while dripping sweat and boxer Kate Izotova getting punched in the face while sparring (a moment featured, naturally, in slow motion).

The copy, meanwhile, comes across as less overtly vulnerable than in the U.S. ads, where women explicitly tolerated their own misery (largely manifest as insecurity) for the promise of self-improvement in the end. Instead, the Russian athletes seem to be a bit more defiant in their vanity—embracing pain in pursuit of perfection or glory.

"What are you doing here?" says Izotova's voiceover. "You could have stayed at home, been someone's trophy. … Screw that. I'll earn my own trophy."

In other words, the ads hew more closely to traditional endorser-driven sports marketing (even if they're not celebrities with wide global name recognition)—a strategy that speaks more of a "Be like this" inspirational strategy than a "We know it's hard but we're with you" motivational one.

In addition to the pro athlete ads, Nike also turned Instagram posts of real girls working out into street posters around Moscow. Indeed, the campaign's title is "Real Girls of Moscow," and it aims to capture the spirit of what Nike describes as a growing sports movement in Russia, featuring women who are "free-thinking and free-spirited," and "are more comfortable in sneakers than heels, preferring exercise to fad diets."

Whether drawing that kind of line—or calling a bunch of accomplished women, at least four of whom are in their 20s and 30s, "girls"—is a smart or deliberately provocative move isn't clear. But it is at least understandable, given the brand sells running shoes that also tend to double as fashion statements—and not stilettos.

Regardless, Nike is also touting a 25,000-person turnout for a 10-day sporting event at Gorky Park in Moscow. And the new campaign features top athletes in a broad range of disciplines (ballet, choreography, long-jumping, skateboarding and sprinting) showing up variously on giant outdoor murals, and in nifty GIFs for online distribution—probably because if you really want to do that sweet kick-flip, you're going to have to get used to doing it over and over again, stuck on infinite loop, for the rest of time. Director of Photography: Monica May