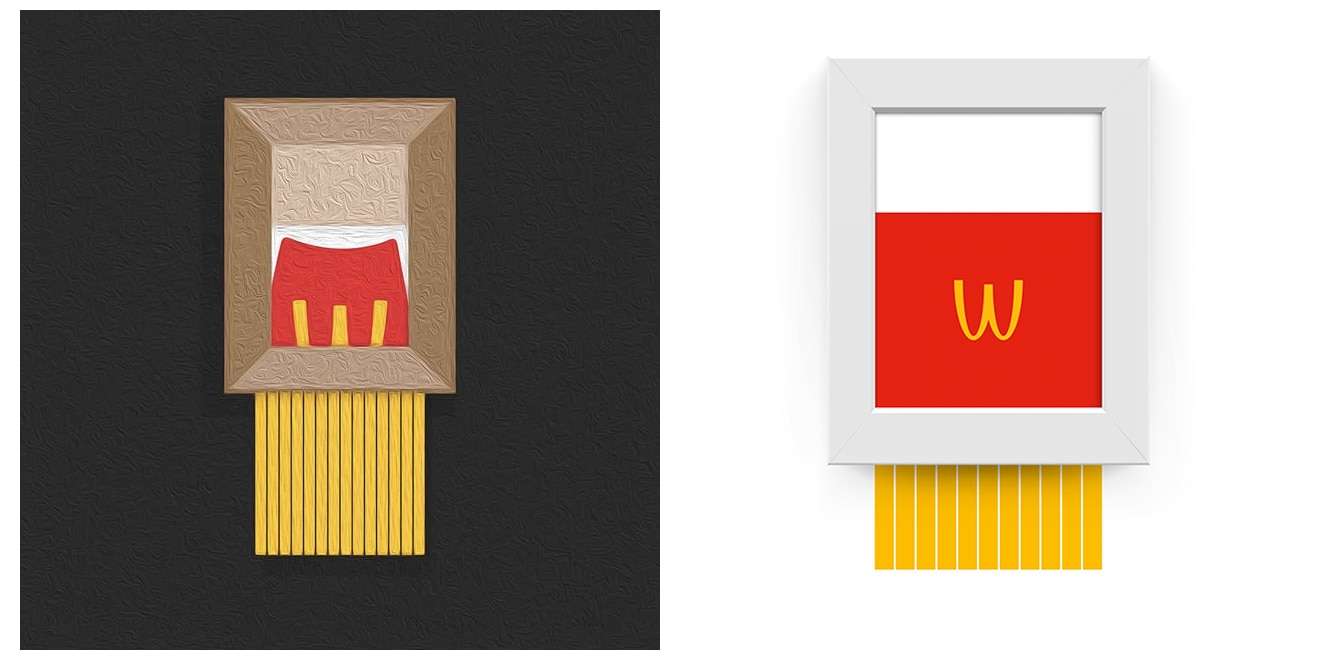 McDonald’s recent trend of minimalism in its global design aesthetic has made for some truly striking work, both outdoor and in digital. It also seems to be infecting the minds of the brand’s creative agencies, getting them to think in ways that go beyond traditional food photography.

This week, after the famously disruptive artist Banksy surprised an auction house (and raised eyebrows worldwide) by shredding his own painting after it was sold, creatives from two McDonald’s agencies whipped up fun branded references to the buzzworthy event.

(UPDATE: To see what other brands are doing, check out our roundup of the best and worst branded Banksy salutes.) 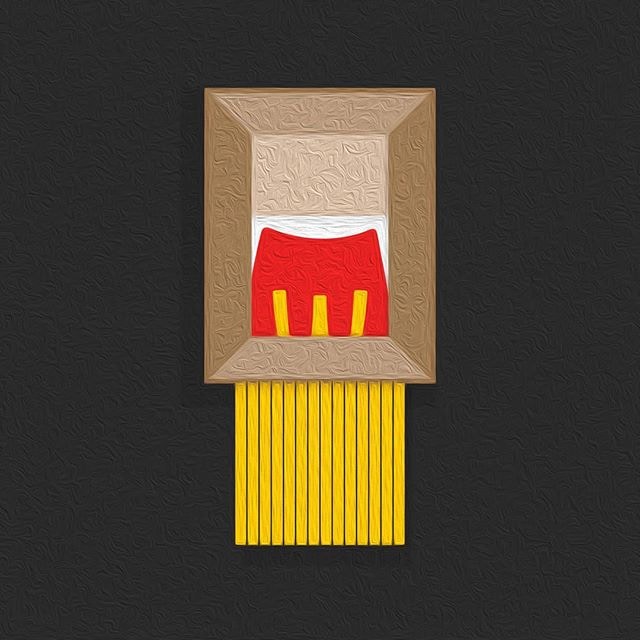 Meanwhile, in Austria, DDB Vienna on Monday posted its own version of the idea on Facebook, with this iteration being a bit more in McDonald’s modern aesthetic of ultra minimalist packaging and food shapes: 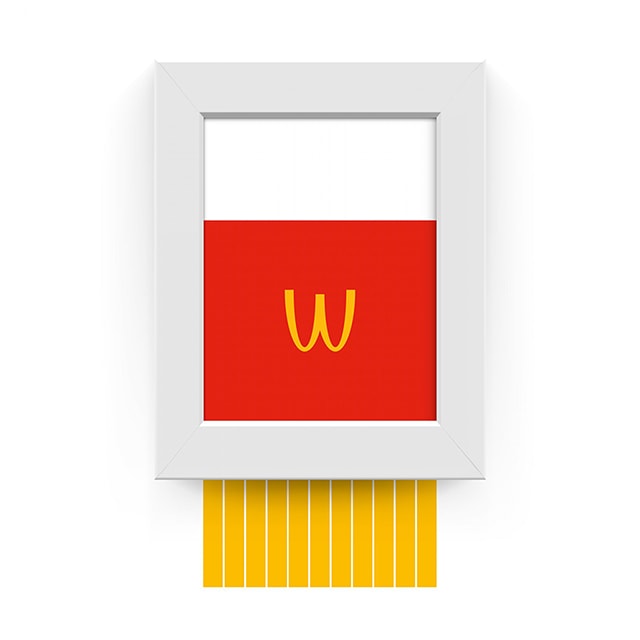 According to Ads of the World, the creatives on the DDB Vienna version were creative directors Thomas Tatzl and Andreas Spielvogel, with art director Babette Brunner and concept by Daniel Stieber.

If you’ve missed McDonald’s minimalism-themed marketing in recent years, it’s worth going back to see what the brand has been doing around the globe.

TBWA Paris has been leading the charge, first in 2013 with extreme closeups of food photography that all but drop the branding, and then with several minimalist campaigns that play on the iconic status of McDonald’s products and packaging: 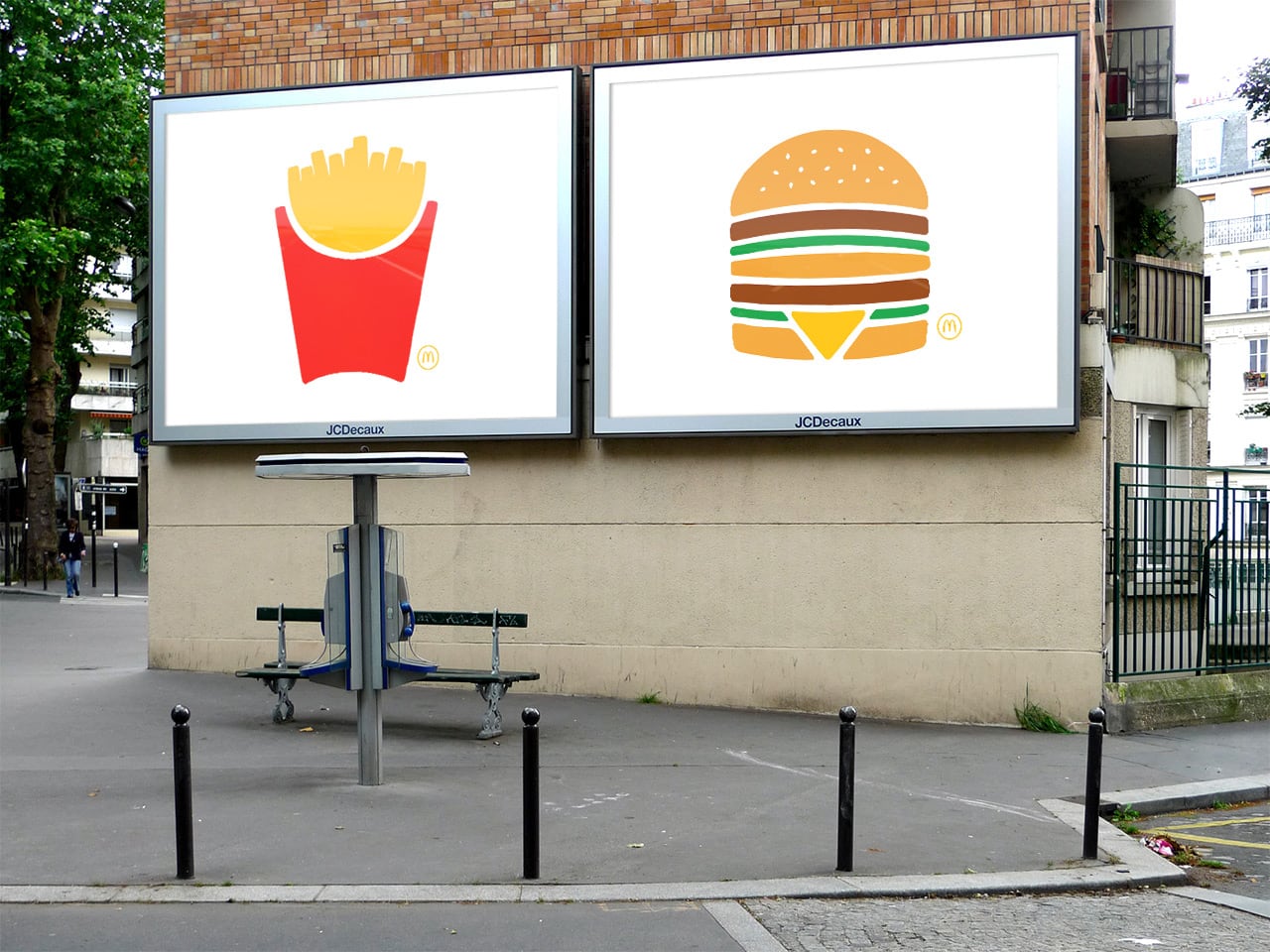 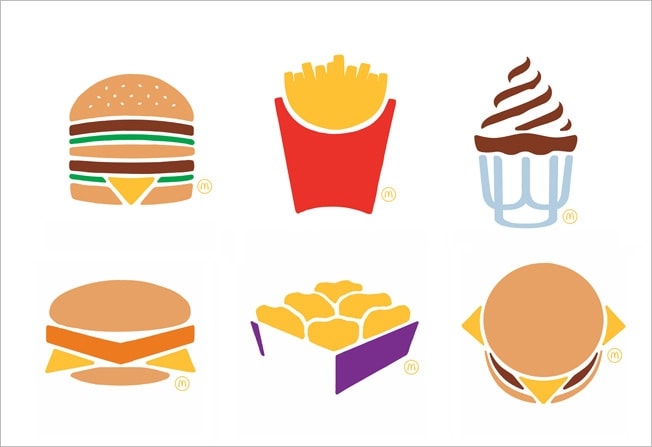 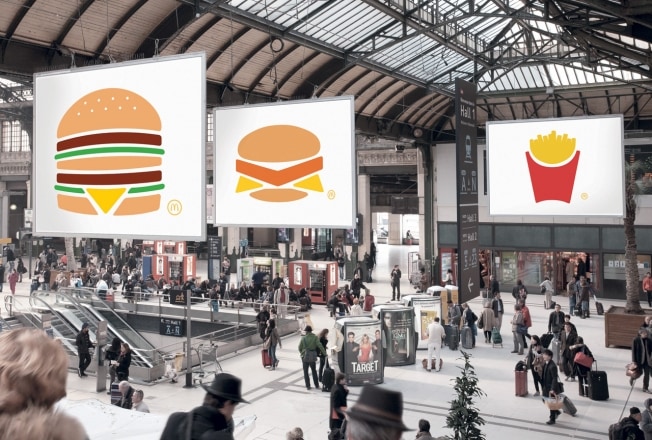 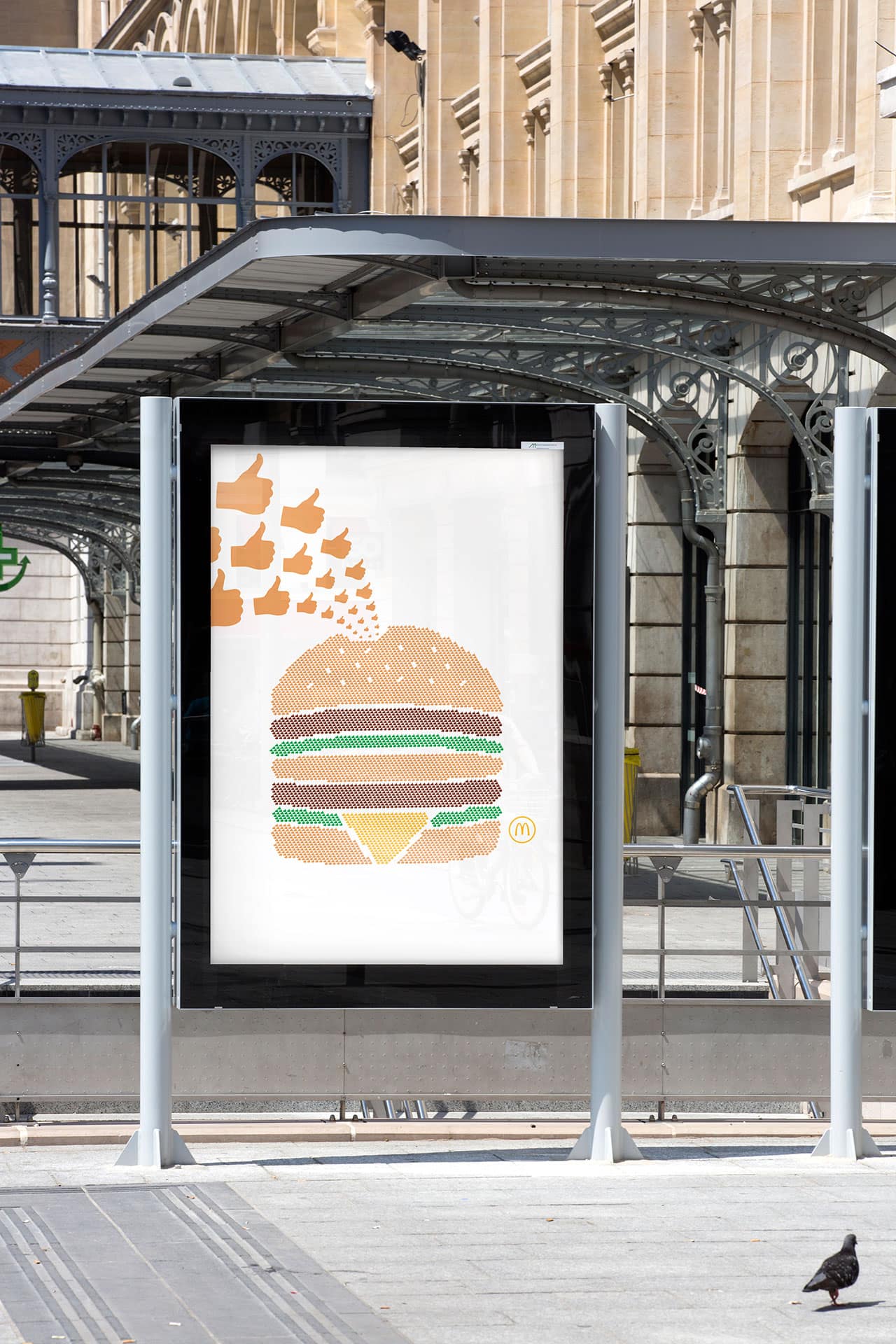 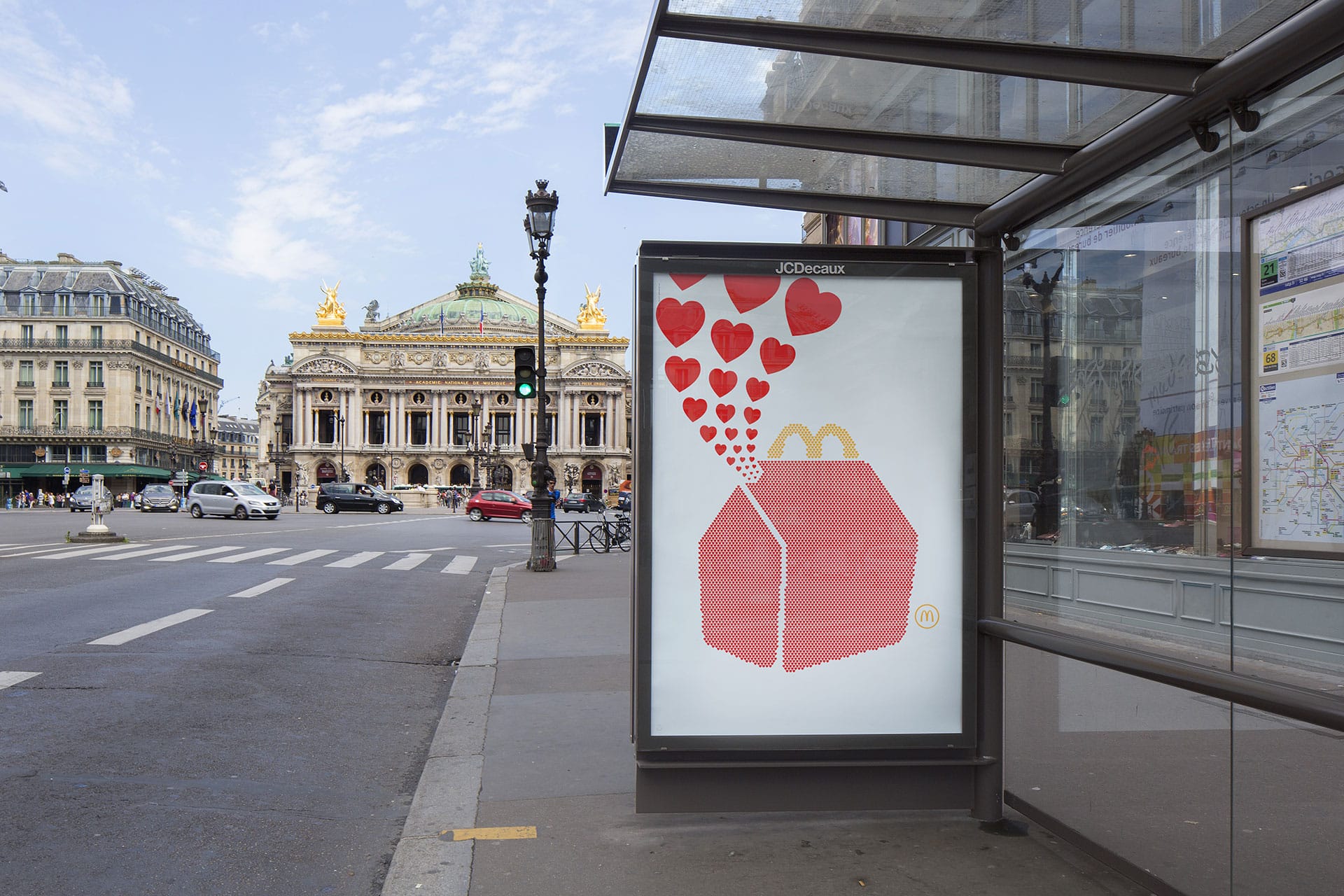 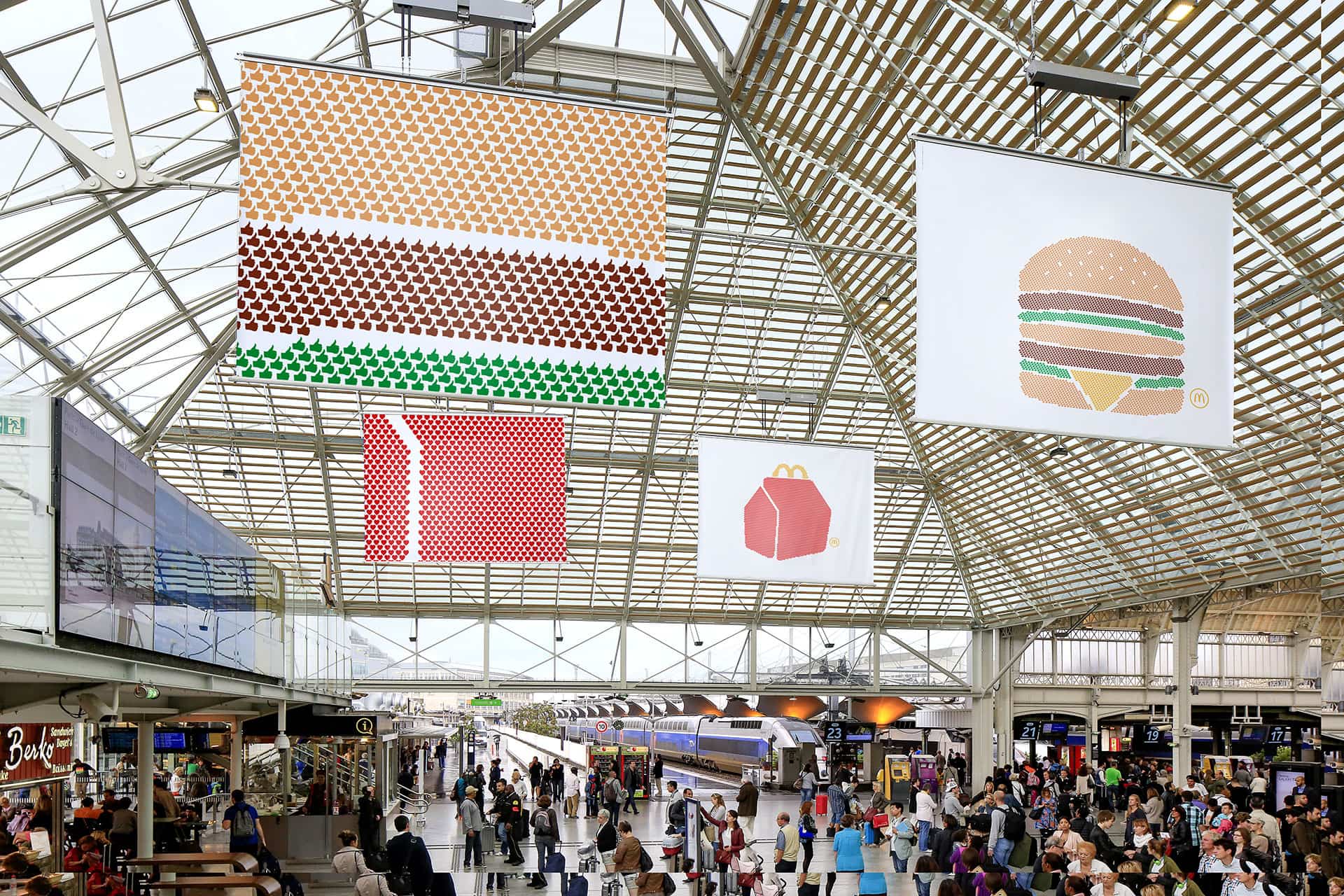