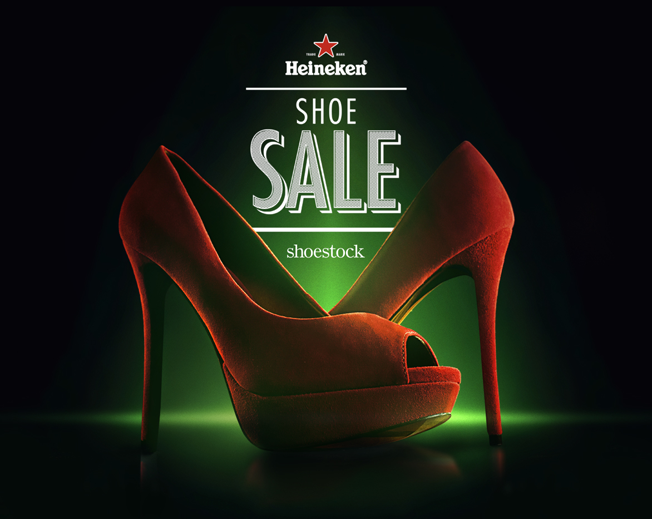 Evidently not worried about cries of sexism, Heineken has organized a giant shoe sale in Brazil this Saturday—so that women will flock to it and leave their boyfriends and husbands in peace to watch the Champions League final between Real Madrid and Atlético de Madrid.

Women's shoes will be available for up to 50 percent off at Shoestock stores. Wieden + Kennedy São Paulo came up with the idea, which Heineken in a press release said "is entirely good-natured and will generate conversation." Both are surely true.

"Our goal is to run a fun campaign unlike anything we have ever organized in Brazil," said Bernardo Spielmann, director of the Heineken brand and sponsorships at Heineken Brazil. "Therefore, the Heineken Shoe Sale will be announced with a humorous tone in the digital environment, including teasers, email marketing and videos."

"The idea is to help guarantee men time to watch the game on Saturday afternoon," said W+K creative director Otavio Schiavon. "So we're going to provide an argument that will make it so their wives or girlfriends have something interesting to do during the game. He's going to surprise her with news about a shoe sale. And she, in turn, can leave him to watch the UEFA Champions League final."

Audio Facility: A Voz do Brasil

Join the foremost brand marketers, such as Marc Pritchard, Brad Hiranaga, Kory Marchisotto and more, for Brandweek Masters Live on Sept. 14-17. Secure your pass and learn from the brand masters.
Share
http://adweek.it/1vNoEE0