'You can't make this stuff' 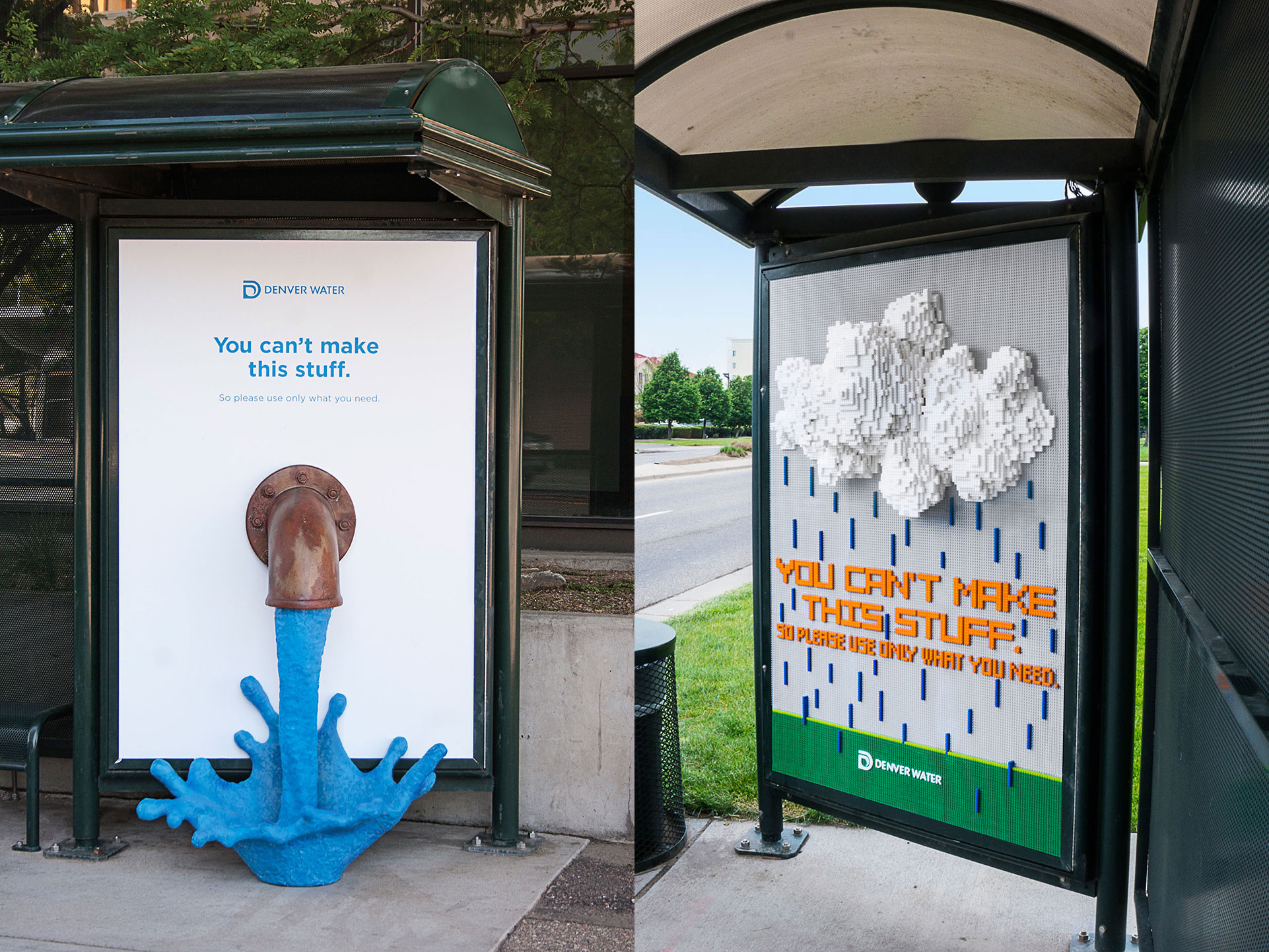 The well of inspiration apparently never runs dry for Denver Water's long-running "Use Only What You Need" campaign. And while Sukle Advertising's lauded conservation initiative often features eye-catching public installations, this year's installment is brimming with artistry.

The agency used diverse materials such as colored pencils, Post-it notes, clay, crushed soda cans, Legos, yarn and string to create 10 original pieces of art. Each depicts water in various forms, such as drops, splashes, cascades, showers and spray. The work adorns bus shelters around Denver, as well as print and online ads. The headline, "You can't make this stuff," drives home the message that water is a nonrenewable resource.

Most of the results are quite splashy. For example…

I'd love to see this "fluffy" Lego cloud hovering over my block: Someone should put a cap on this knitted-yarn faucet: This Post-it note poster is good to the last, well, you know: "Consumers often see conservation as a sacrifice, something they have to give up, which they often aren't willing to do," says agency founder and creative director Mike Sukle. "We have, instead, used the approach of 'not wasting.' Consumers see waste differently than conservation, so the messaging of 'Use Only What You Need' follows the mind of the consumer that wasting is wrong."

Water use in Denver recently hit a record low, so it appears the campaign, now in its ninth year, is having an impact. Alas, thanks to Sukle's new campaign, debilitating shortages of colored pencils, yarn and string loom large.

Check out more executions below.