Watch and learn from a cereal lover 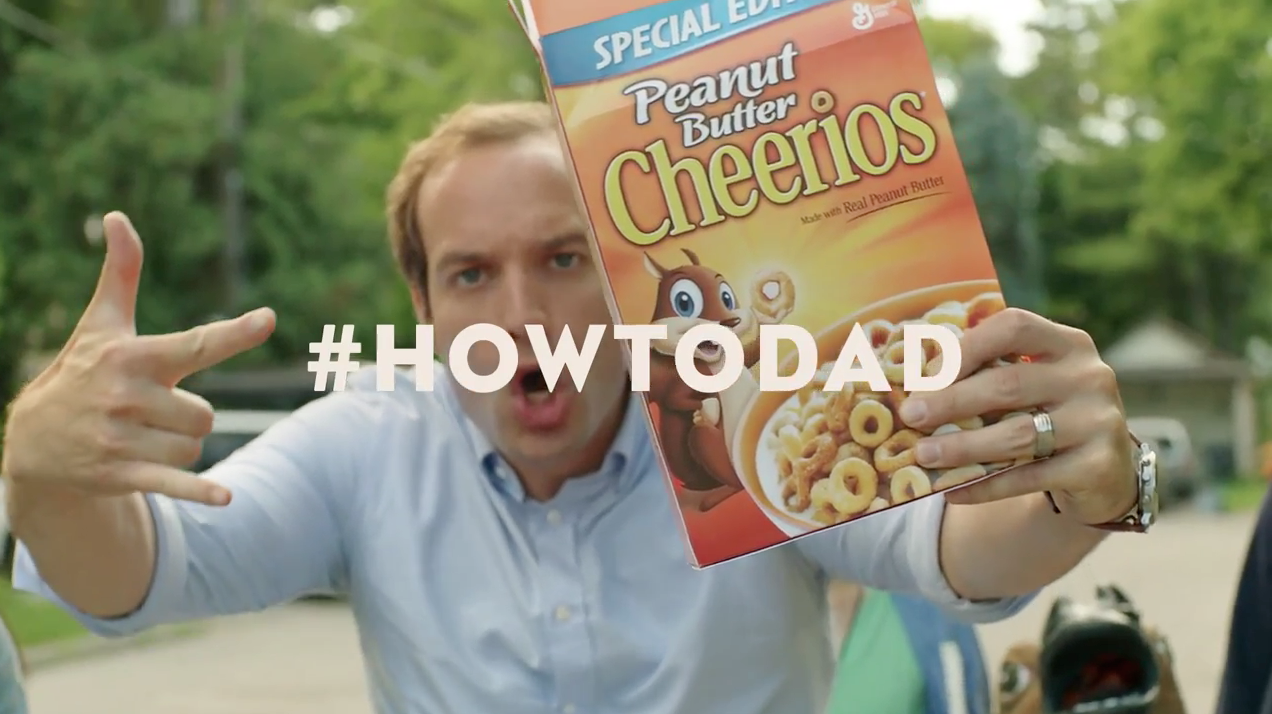 Fathers have been making a comeback in ads lately—they're no longer just sniveling idiots with no parenting skills whatsoever. Now, General Mills helps dads in their revival with this Canadian campaign for Peanut Butter Cheerios.

The ad below, from Tribal Worldwide in Toronto, shows us a dad who is seemingly on top of his game—delivering a rapid-fire manifesto about the wonders of dadhood as he navigates his house, making sure his wife and four kids are all happy and well cared for.

He's sensitive but no pushover. He's the rule maker, not the rule breaker—but he'll be your buddy as well. He's a good dad, one who cares about his kids, even though he wings one son across a bed in the first scene. (No wonder the kid already has a broken arm.)

In its style, the ad will inevitably draw comparisons to Old Spice and Dollar Shave Club, with some GoldieBlox empowerment thrown in for good measure. And while it's a little on the goofy side—especially toward the end, when Dad mugs in slow motion, throwing fake gang signs around behind a hashtag—the sentiment isn't lost on us.

"Because being a dad is awesome, just like new Peanut Butter Cheerios are awesome," he says at the end. "And that's why it's the official cereal of dadhood. And this, my friends, this is #howtodad." (There's a Tumblr, too, with tips and aphorisms for those who are truly eager to do better dadding.)

See, Dad doesn't have to be cool. He just has to be there. And not be a moron.

Credits below. Via Ads of the World.